Eliot Spitzer: Elena Kagan's straight (but I didn't date her) 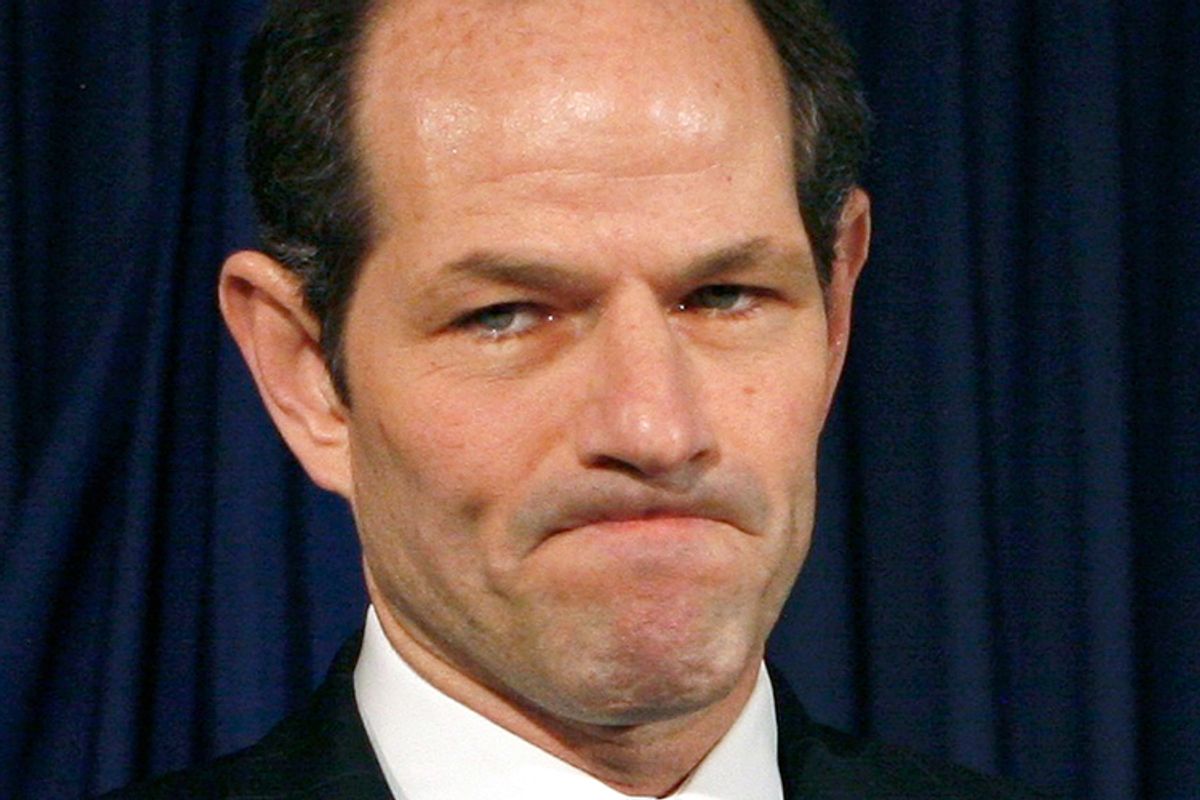 Some of Supreme Court nominee Elena Kagan's old friends spoke to Politico on the record about her sexual orientation. She's straight, they all say, despite rumors to the contrary spread by both gay activists and far-right cranks.

And look who's weighing in! America's foremost authority on heterosexuality:

Another friend, former New York Governor Eliot Spitzer, a member of Kagan's social circle at Princeton University, wanted to make the same point as Walzer. "I did not go out with her, but other guys did," he said in an email Tuesday night. "I don't think it is my place to say more."

It's nice of the former governor of New York to set the record straight, as it were. It's also nice of Spitzer to make sure everyone is clear on the fact that he did not date Elena Kagan in college. Presumably, Spitzer didn't romantically pursue Kagan because none of the "other guys" who did date her ever rated her using some sort of numerical or symbol-based system in order to explain to Eliot, without his having to go through the trouble of getting to know her, precisely how much "individual education, sophistication, and ambiance" Kagan would "create."

(Or, perhaps they did not date because she didn't date creeps.)