RNC to hold 2012 convention in Tampa, Florida, in August

The GOP will visit humid, subtropical Florida, in August, to take on Barack Obama 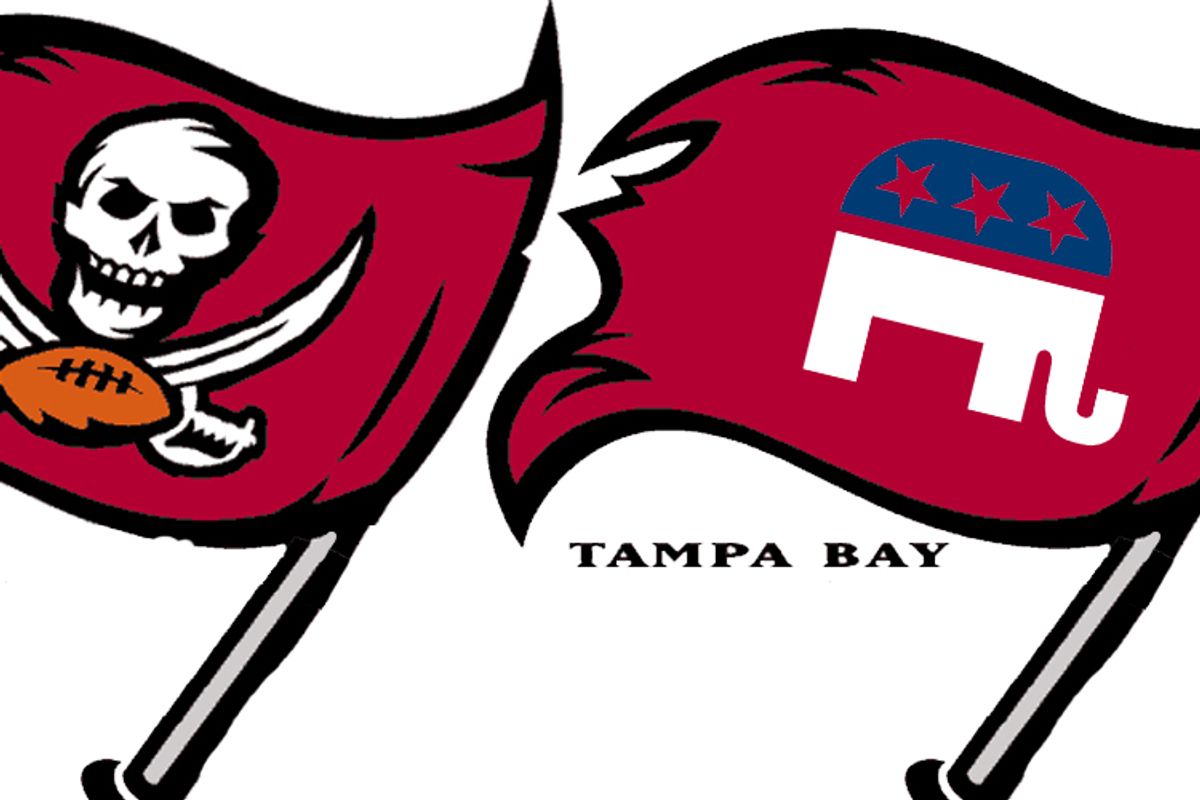 It's official. Shortly after Florida's popular, moderate Republican governor was forced out of the party because he hugged the president, and as a massive oil spill caused by the only energy independence "plan" Republicans actually support threatens to make its way to Florida's western coast, the GOP has decided to hold its 2012 national convention in Tampa, Fla. (Was Miami too "ethnic"?)

In its 500-year history, Tampa has given Western Civilization precisely one notable thing: White Witch. Soon it will add "the Mitt Romney campaign" to that impressive list.

The convention will be held in late August 2012, when the weather in Florida is just perfect.

(It's not a completely hopeless pick, though: as Jason Linkins notes, Ybor City is tres speedy but they throw such killer parties.)