Sorry, Earth: The Senate's too busy to fix you this year 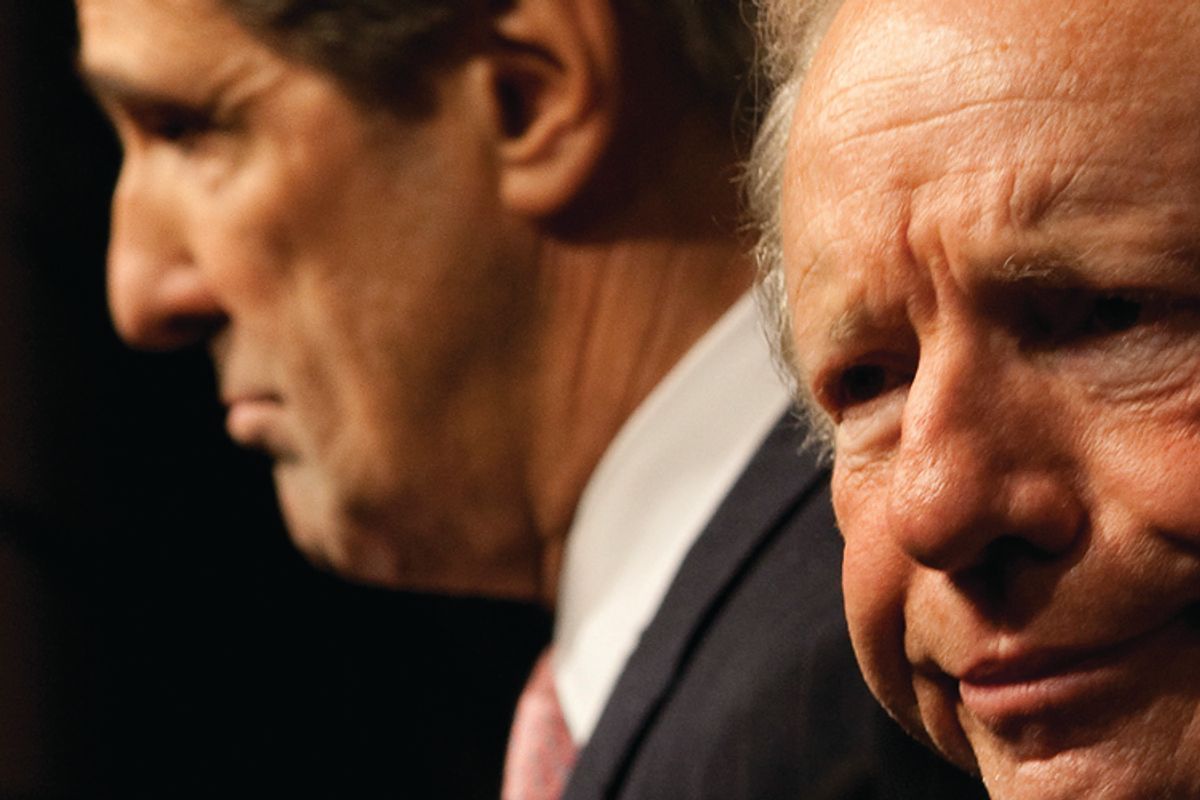 Are you excited for the American Power Act? No, it's not a white supremacist skinhead rock festival. It's a climate bill! Specifically, it's a watered down, industry-friendly (but still good and necessary!) climate bill that John Kerry crafted with conservative Senators Joe Lieberman and Lindsey Graham specifically for the purposes of attracting 60 votes in the Senate.

And it probably won't go anywhere. Because Graham threw a tantrum about immigration reform (a cause he also supports!) and backed out of the traditional Masonic bill-unveiling ceremony. Then he told everyone that the bill couldn't pass anyway. So now John Kerry and Joe Lieberman, America's original odd couple, are traveling the media circuit, trying to sell a climate bill without ever using the phrase "cap-and-trade."

(Oil executives couldn't make it to the unveiling either, because they're embarrassed about the millions of gallons of oil they spilled.)

Meanwhile, Barack Obama is in New York raising money and talking about jobs and having a fight about anti-terrorism funding and generally not talking about the importance of regulating carbon emissions and finding alternate, renewable sources of energy.

Powerful New York Democrats Anthony Wiener and Chuck Schumer are both stepping in front of every available TV camera to beg and plead for millions of federal dollars to buy more police officers and give them more cameras and guns, so that we can stop losers who buy firecrackers, propane, and fertilizer, because someday one of them might buy the right kind of fertilizer, maybe. But neither of them are spending a lot of time asking for federal help reducing carbon emissions, possibly because they do not care if New York drowns.

New York Mayor Michael Bloomberg is very worried that Democrats might politely ask Wall Street to make a little bit less money some day, but he is not testifying before Congress or talking to CNN about how soon Wall Street will be literally under water.

This universal acknowledgment that things are very bad coupled with resignation to the fact that taking necessary action is just too hard is very encouraging for those who wish to live in an anarchic post-American hellscape a hundred years from now.