Blanche Lincoln may beat Bill Halter on Tuesday, but getting to 50 percent and avoiding a runoff could be tough 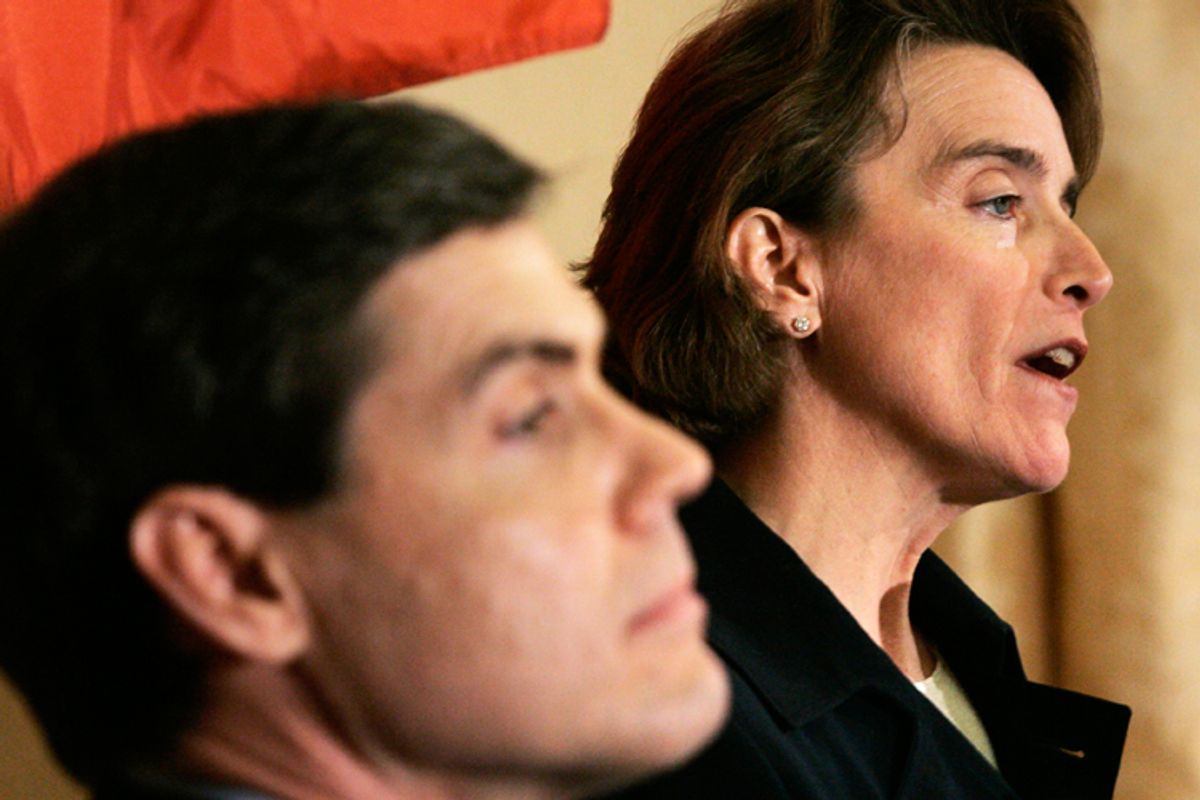 A new Research 2000 poll for Daily Kos shows the Democratic Senate primary in Arkansas is probably heading to a runoff.

The survey found Sen. Blanche Lincoln leading Lieutenant Gov. Bill Halter, 46-37, with 11 percent undecided. As Halter's campaign pointed out in a memo to reporters, that's not a great sign for an incumbent; after 13 years in the Senate, Lincoln would look a lot stronger if she had the support of more than 50 percent of her own party. And the poll found Halter is viewed more favorably than Lincoln is. But as we reported earlier this week, it's not clear that D.C. Morrison, the third candidate in the race, will really get the 6 percent he's drawing in this poll.

The suspense Tuesday, then, will be whether Lincoln gets to 50 percent and avoids a runoff. The overall dynamic of the race hasn't changed dramatically since Lincoln woke up and realized she could be in trouble; Halter has some momentum, but probably not enough to knock Lincoln off next week. If it goes to a runoff, though, things could change -- which is why Lincoln allies are hoping she can avoid that.