The GOP has created a voter anger monster

Republicans belatedly realize demonizing all federal spending can create a backlash against their members, too 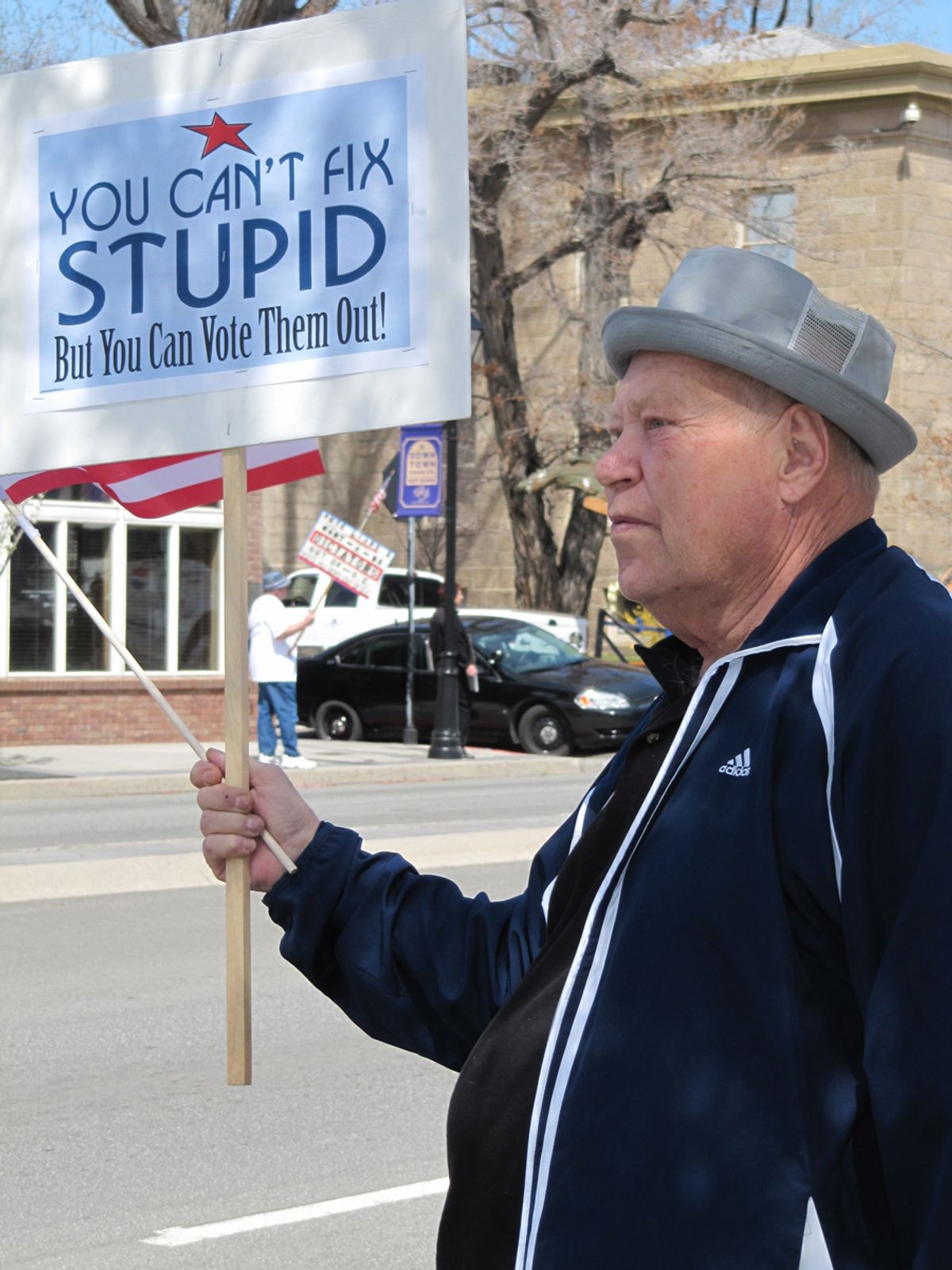 Soon-to-be-former Sen. Bob Bennett tells TPM's Brian Beutler that Republican voters in Utah unfairly blamed him for all kinds of bailouts, just because he voted for the first TARP bill:

There was a widespread misinterpretation, because I voted for the first tranche of TARP, the assumption was that I voted for the second tranche of TARP and the stimulus package and the auto bailout and the omnibus bill, none of which was true. They put it all together with a lot of help and encouragement from the Club for Growth.

Bennett was talking about why he didn't have enough support in a Republican convention to make it to the Utah primary. But the problem he suffered from is exactly the problem many Democrats may face in the November elections -- in part because of GOP rhetoric.

Democratic strategists have been saying since the stimulus bill passed that part of their party's woes come from voters lumping that effort in with TARP and the auto bailouts, even though those first passed under George W. Bush's administration. (The first loans the government gave the auto industry were entirely a Bush initiative: the GOP blocked an attempt in Congress to send any money to Detroit, so Bush officials handed over some TARP cash.) "For some number of people, the bailouts are part of the stimulus," one Democratic pollster told me back in October. Republicans don't bother to differentiate the Bush-designed TARP program from President Obama's $787 billion stimulus package when they bash federal spending; they just say Obama's giving away trillions of dollars of your money, and voters react accordingly. The same thing happened during the healthcare reform debate, when polls found voters thought some conservative Democrats who voted against the bill had actually supported it.

Only now that their own incumbents and establishment candidates are threatened are some Republicans starting to realize the problem with their strategy of yelling, "Throw the bums out!" every time government spends a dime. As it turns out, if you demonize all federal spending, pretty much everyone who's ever supported any of it can become political collateral damage. The same undercurrents that sucked Bennett out of public life a couple weeks ago in Utah are likely to embarrass Senate Republican boss Mitch McConnell on Tuesday, when Tea Party hero Rand Paul faces off against McConnell's anointed candidate in a Kentucky GOP primary. John McCain -- who was, you sometimes have to remind yourself, the runaway winner of the last Republican presidential nominating process -- is busily erasing some of his past maverick stances every day, terrified the same thing could happen to him.

Obviously, November's going to be far worse for Democrats than Republicans. For one thing, at least some of the anger brewing among voters does seem to be directed specifically at them and their policies; for another, even if you buy the optimistic spin from Democratic operatives that it's a bipartisan anti-incumbent rage, they've got more incumbents to lose. But the real costs of the cynical, opportunistic Republican drive to paint anything government does as part of the problem are finally becoming clear to people in both parties. If the GOP does wind up having a majority in the House next year, perhaps they'll remember poor Bob Bennett's sob story.