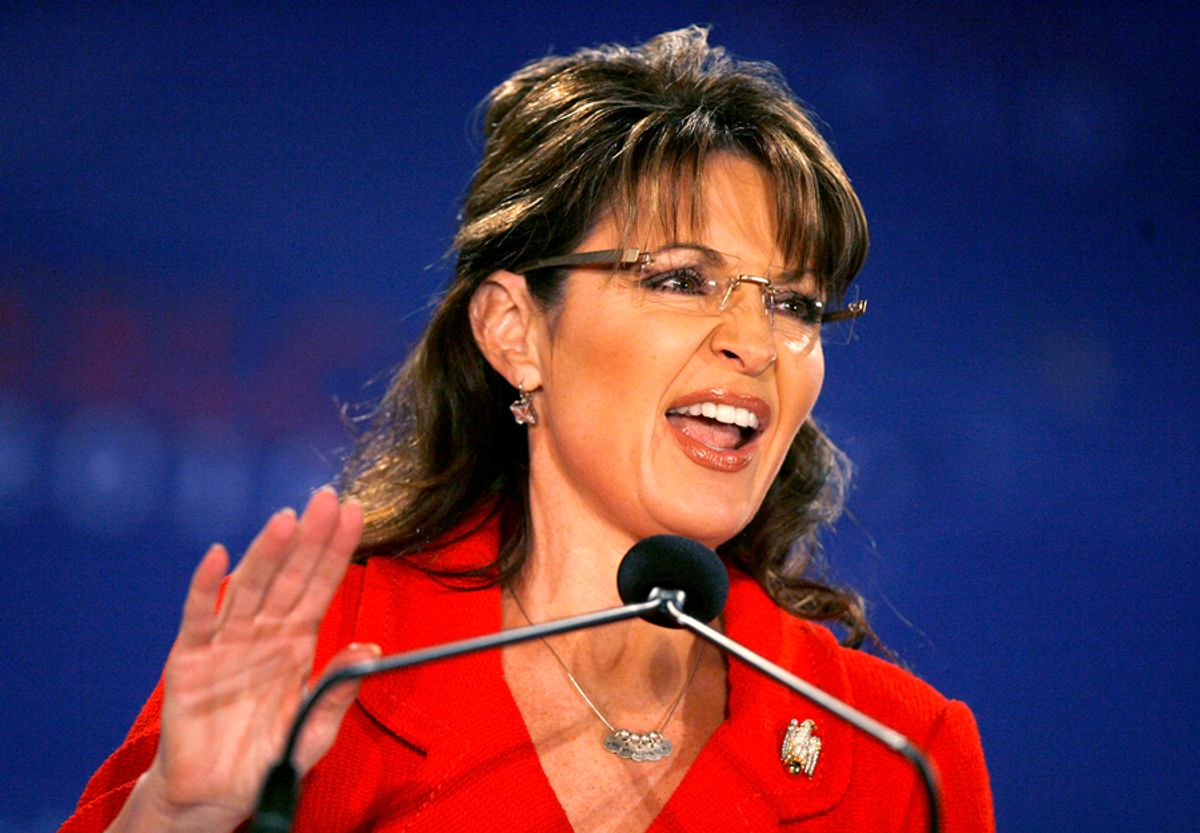 Democrats, it's time to stock up on the bear spray. Sarah Palin warned during a speech today that "mama grizzlies" are going "take this country back" in the November midterm elections. These mama bears are the same hockey moms Palin targeted in her vice presidential bid, only now they're angry. "Washington, let me tell ya, you no doubt don’t want to mess with moms who are rising up," she said during a Friday fund-raising event for the anti-choice Susan B. Anthony List. "I always think of the mama grizzly bears that rise up on their hind legs when something’s coming to attack their cubs. You don’t want to mess with the mama grizzlies, and I think there are a whole lot of those in this room."

Palin sees this maternal activism as the result of an "awakening in the last year and a half." In a piece about the rise of women in the Tea Party movement, Slate's Hanna Rosin writes that "the conservative mama bear has become a fully operational, effective political archetype." Rosin explains, "She is mother as übercompetent CEO, monitoring with vigilance her own family bank account, the local school bank account, and, as a natural extension, the nation's." The framework is reductive but, altogether, it isn't the worst political archetype. Conservative women could certainly do worse than to be thought of as übercompetent and concerned with their family's well-being. Not to mention, there is no reason women who identify first and foremost as mothers shouldn't have a formidable political voice. The maternal metaphor is simple and folksy; and it fits her well. But, as we learned in 2008, it takes a lot more than charming Palinisms to win an election.

There is only one reasonable way to make it through the next several months of ceaseless rhetoric. I'd like to propose a new rule for the Sarah Palin drinking game: Take a shot every time she says "mama," "grizzly," "bear" or "cub." November will be here before we know it.