Globalization and technology get blamed for the "Protestant downfall." Funny thing, same forces hurt workers, too 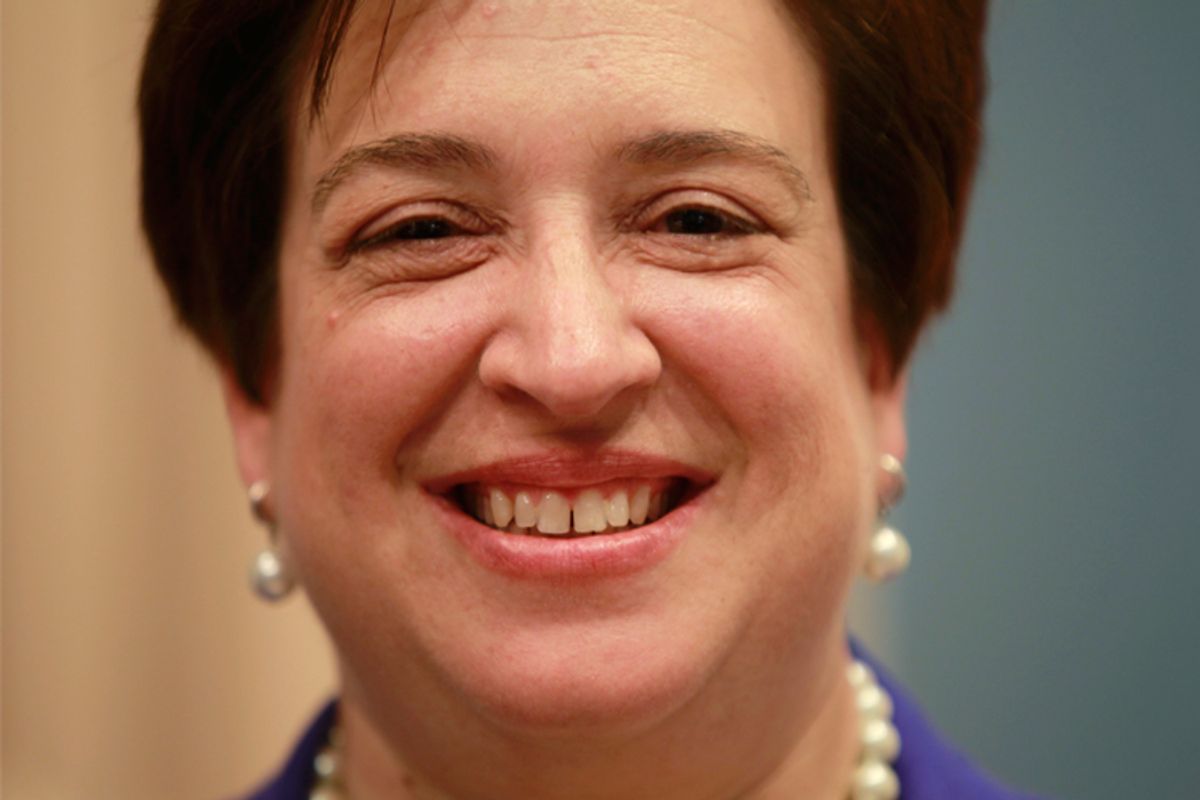 If Elena Kagan is confirmed as a Supreme Court justice, for the first time in U.S. history there will be no Protestants on the court. The Wall Street Journal pounces on this much remarked upon fact as the hook for an elegy lamenting the declining power and influence of white Anglo-Saxon Protestants -- WASPs -- in American society.

Depending on your perspective, this could be cause for either woe or delight, but is definitely grist to mull over. The Journal seems to be sad, or at least that's the my guess from the headline: "That Bright, Dying Star, the American WASP." The Journal doesn't venture into politically provocative territory, but I think you could have a good argument about whether the de-WASPification of America is connected to some of the root phenomena behind Tea Party rage and anti-immigrant hysteria. The U.S. is changing, from the Supreme Court to Arizona. This makes some people insecure, and "want their country back." America, land of the free Episcopalian!

The corner offices of the top banks, once ruled by Rockefellers and Bakers, now include an Indian-American and the grandson of a Greek immigrant.

That would be Citigroup's Vikram Pandit and JP Morgan Chase's Jamie Dimon, for those keeping score. And while I am as distressed by the decline in power and influence of the Rockefeller family as anyone -- only one currently serving senator! -- I was particularly struck by the Journal's summary of the reasons that might explain the twilight of the WASP.

The Protestant downfall can be attributed to many things: the deregulation of markets, globalization, the rise of technology, the primacy of education and skills over family connections.

That exact same sentence, strangely enough, can also be employed to describe the factors contributing to the downfall of the blue-collar American worker. Deregulation of markets and globalization introduced brutal competition with cheaper foreign labor, technological progress gutted manufacturing jobs and disproportionally rewarded higher degrees of education, and facilitated the spread of globalization, et cetera.

The typical editorial Journal stance vis-à-vis these phenomena, at least as far as workers are concerned, is to argue that the efficiencies realized by the spread of globalization and technological innovation lower costs and increase productivity to society's benefit. But now that we can see that these vast global transformations have served to dislodge the WASP from his (and yes, it was almost always a "him") traditional place at the top of the U.S. food chain, suddenly, it's a cause for alarm. After all, I'm not sure I can recall a recent story headlined "That Bright, Dying Star, the American Worker."

But it's all so predictable. If we accept, for argument's sake, Max Weber's thesis in "The Protestant Ethic and the Spirit of Capitalism," that Puritan values played a critical role in the triumph of capitalism, especially as practiced in countries with strong Anglo-Saxon traditions, then we must concede that the damage done to WASP primacy is at least partially self-inflicted. Globalization as it has been practiced and implemented in the last 50 years, along with the relentless employment of technology to improve corporate bottom lines, constitute the DNA of contemporary capitalism. The bright shining star precipitated its own supernova demise.