Lou Dobbs to headline the next Tea Party convention 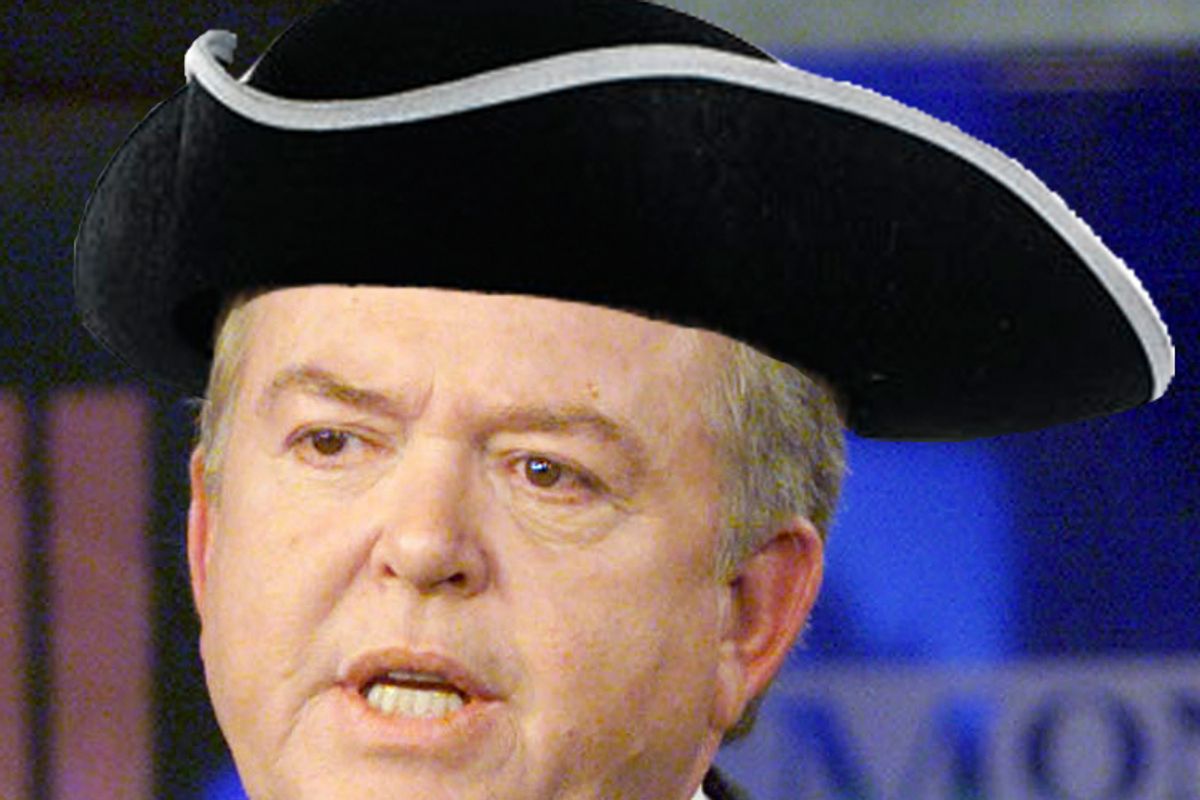 (The last Tea Party convention, by the way, was in February. How many conventions are they going to have in one year?)

After a couple of years of boosting ratings for his formerly bland CNN show by spreading foul lies about invading hordes of illegal Mexican immigrants stealing jobs and spreading leprosy, Dobbs was finally fired by the original cable news network because he eventually  started being a Birther, for fun. (He was also fired because hosts aren't allowed to express any opinions, reasonable or batshit, on CNN.)

Since then, he's been doing a cookie-cutter right-wing talk radio show, and he's probably written another two or thee books with titles like "AMERICAN INDEPENDENCE" or AMERICA'S RAGIN' REAL AMERICAN INDEPENDENT" or "AMERICA: THE LOU DOBBS SOLUTION" or something.

Did you read the recent GQ profile of former CNN host Lou Dobbs? It turns out he's a fascinating character, more rounded and complex than most of his liberal critics think. You know, just like every other right-wing populist propagandist when they're profiled by a liberal magazine reporter. Sure, he repeats the same old racist cant as Michael Savage on the air to millions of people every day, but over dinner he is shockingly reasonable!

I imagine the Tea Partiers won't be getting the "reasonable" Lou Dobbs.