Seth MacFarlane's new attempt to whip up outrage is another yawn 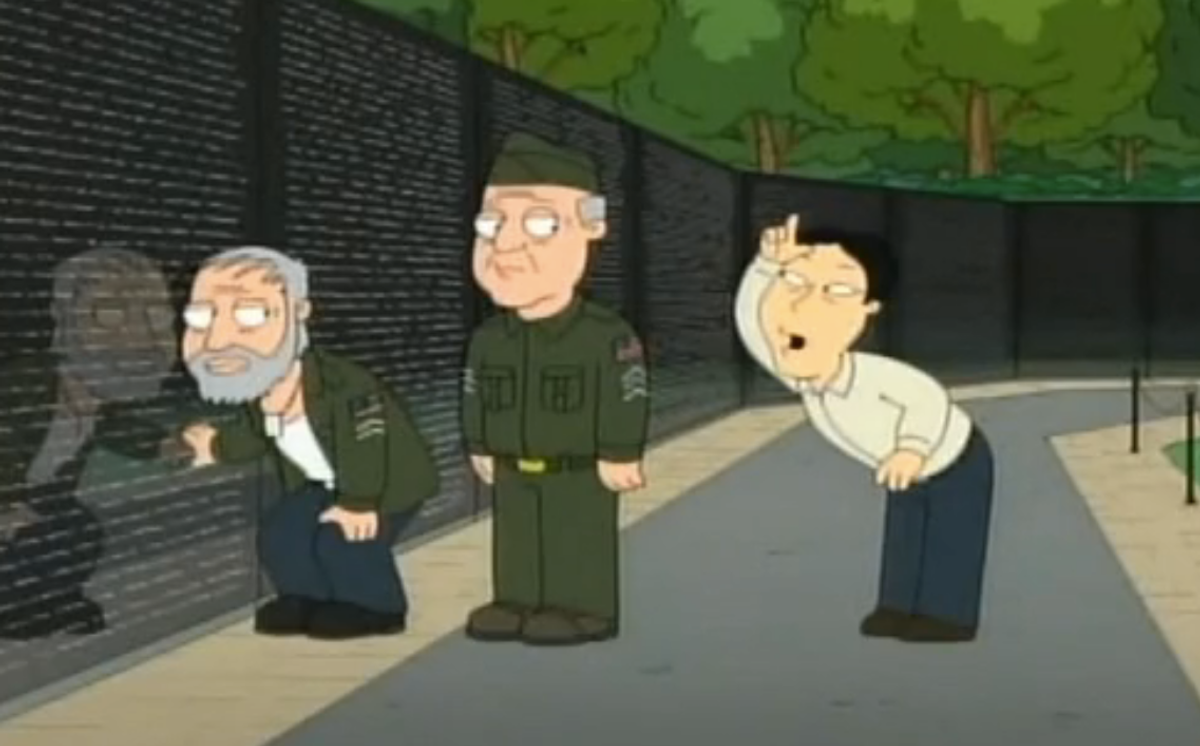 Lately, the only way "Family Guy" excels is proving how much better "South Park" is at incendiary humor. While Matt Stone and Trey Parker's dirty little sociopaths have managed to freak out an entire network – while winning such unlikely fans as Bill O'Reilly – for taking on religious taboos and putting the prophet Muhammad in a bear suit, Seth MacFarlane's comedy limps along, whipping up controversy with lame jokes about Down Syndrome kids. And on Sunday, the show inexplicably made light of the men who died in Vietnam.

On a trip to the nation's capitol, patriarch Peter Griffin spies a pair of veterans at the memorial wall, where a Vietnamese man is "giving the business" to them by referring to the names on the monument as a "Scoreboard! Scoreboard!" He then points to one name on the wall and says, "Aw, what happen to your friend? Hey, I know that guy – I kill him! He cry like a bitch!" Rimshot!

Oh, for God's sake. How does a show get cynical enough to drum up attention with gags like that?

There's no subject matter inherently taboo in humor – you can take the conceit of Hitler's last days in the bunker and make it entertaining. "South Park" doesn't always hit the jackpot, but the show reliably finds the lighter side of abortion, cannibalism and religious fanaticism. And "The Simpsons" has, in fact, spent two decades getting laughs out of Principal Skinner's traumatic stint in 'Nam.

Why then does "Family Guy" so often fall so flat? Because if history is written by the winners, comedy is written by the losers. The brilliance of something like "The Daily Show" comes from its little guy outrage, not from arrogantly mocking the handicapped or the people who died in a war. Maybe MacFarlane, the highest paid man on television, just doesn't understand that putting down people who are already down isn't simply offensive. It's bad comedy.