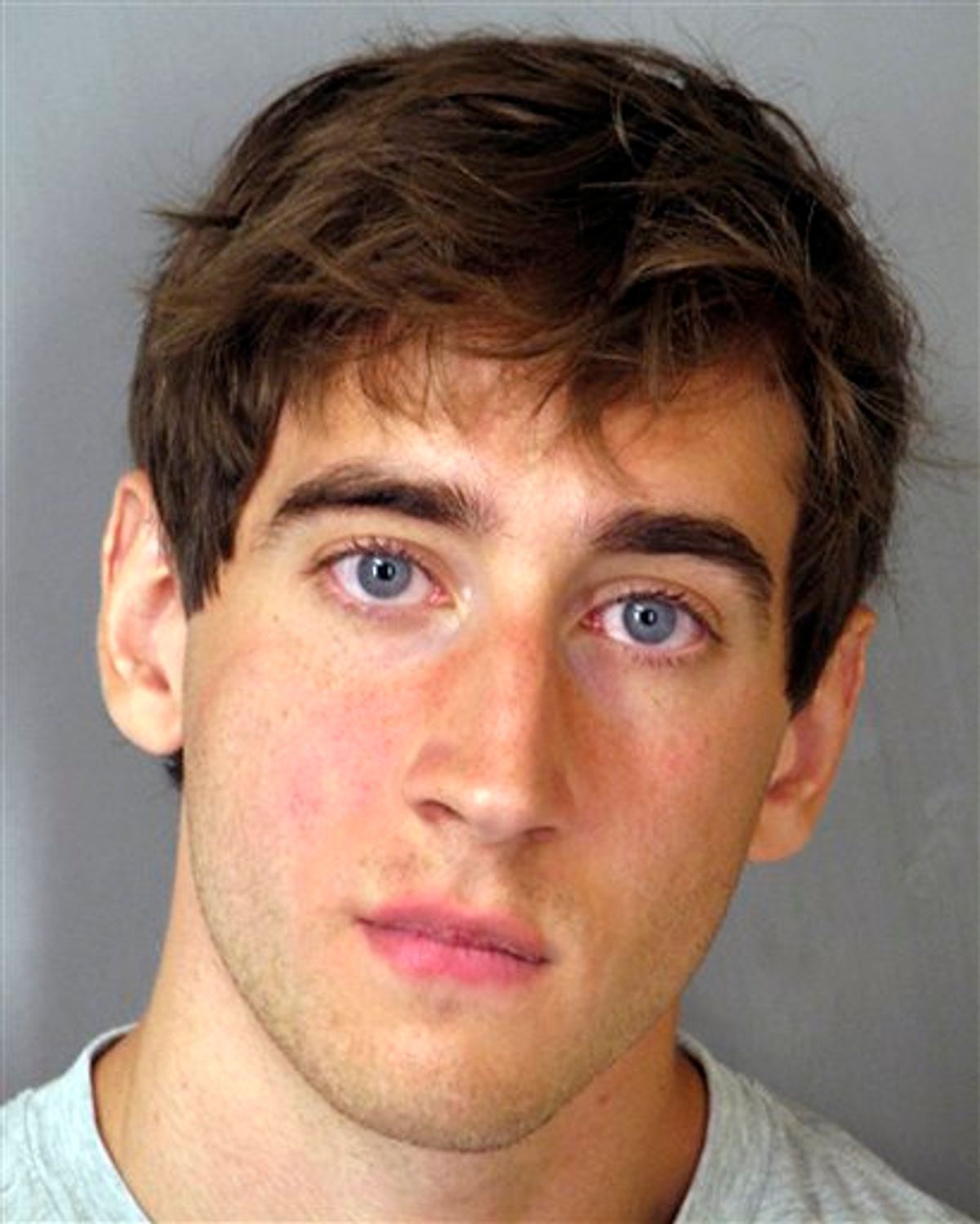 A Delaware man accused of fabricating a perfect record of academic achievement to get into Harvard University has been ordered held on $5,000 bail after pleading not guilty Tuesday at his arraignment.

If Adam Wheeler makes bail, he must stay away from Harvard and the other academic institutions involved in the alleged scheme, surrender his passport and remain in Massachusetts, a Middlesex Superior Court judge said.

The 23-year-old Wheeler of Milton, Del., is facing 20 counts of larceny, identity fraud and other charges.

Wheeler claimed he got a perfect score on the SAT, straight A's at prestigious prep school Phillips Academy Andover and at the Massachusetts Institute of Technology on his application to Harvard in 2007, prosecutors said. In reality, he had never attended either school, Middlesex District Attorney Gerry Leone said.

His web of academic deceit unraveled in September when he sought the school's endorsement for Rhodes and Fulbright scholarships and a professor reviewing his applications found evidence that he had plagiarized from another professor, Leone said.

"This defendant's actions cheated those who competed honestly and fairly for admissions and for the scholarships that this defendant fraudulently obtained," he said.

Wheeler, an English major who would have graduated from Harvard this spring, tried to transfer to Yale and Brown after he got caught at Harvard, Leone said, again by falsifying his achievements and recommendations.

In his applications, Wheeler said he was employed by McLean Hospital, a psychiatric facility affiliated with Harvard, even though he was not, Leone said. His transfer application included faked recommendations from an employee at the hospital and from his former Harvard dean, Leone said.

Yale was tipped off by Wheeler's parents, Verner said. A Yale official called the Wheeler home to ask about his application, and one of his parents told the official that the application wasn't truthful and their son had been thrown out of Harvard.

His lawyer, Steven Sussman, said his client "will have his day in court and that day is not today."

Harvard said in a statement Monday it could not discuss individual cases because of federal privacy laws and referred all questions to the district attorney's office.

Wheeler was a student at Bowdoin College in Maine from 2005-07, but was suspended for academic dishonesty, authorities said.