A mother's drowning becomes a cable news sensation. Should we really be watching people die? 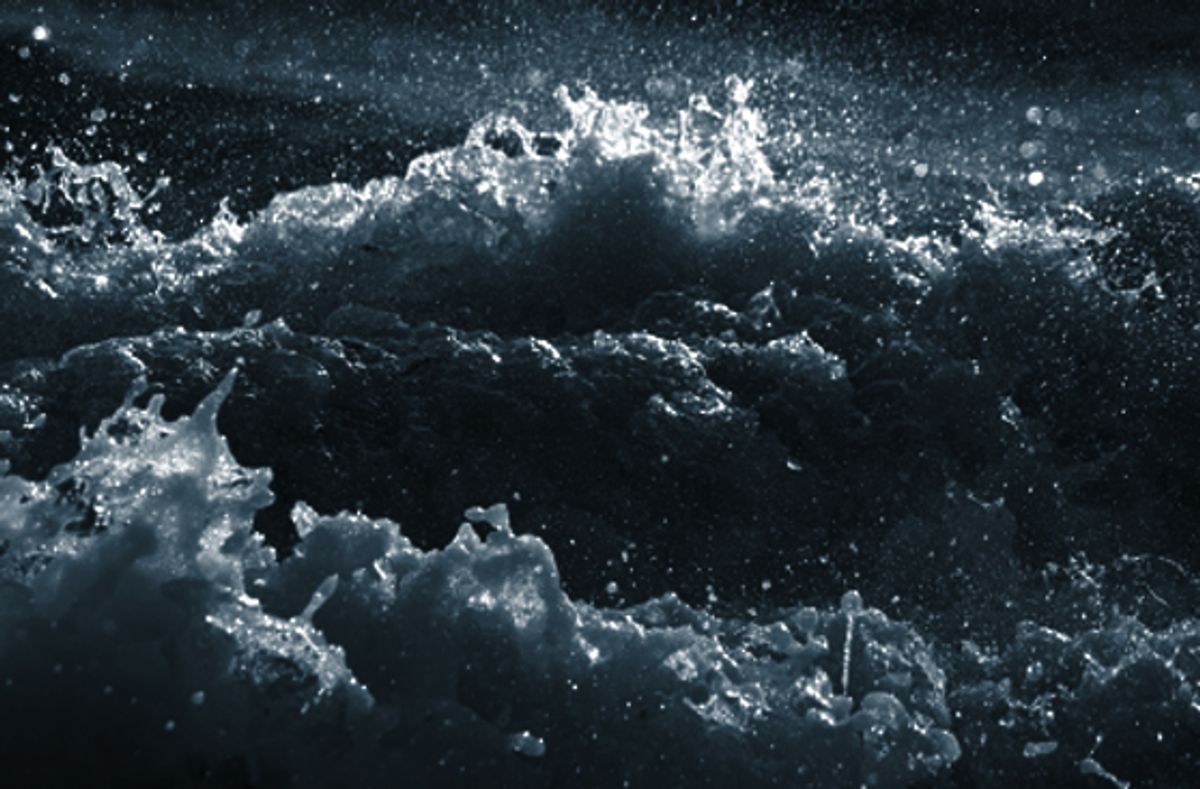 "Look at this," said MSNBC. "Scroll down for video," the Daily Mail story advised.  The footage, shot on a cellphone by a Brazilian tourist on Saturday, is of American mother Anne Sharrie Duncan and her son being knocked by a freak wave in Italy. The woman pushes her boy toward the shore, and then is swept away and drowns. Look at this.

Do you watch a woman being pulled to her death, a child losing his mother? Do you watch Olympic hopeful Nodar Kumaritashvili crash and die during a training run before the Vancouver Olympics? Do you watch Neda Agha-Soltan struck down by a bullet during an Iranian election protest? It's hard not to, isn't it? Nothing goes viral quite like death.

In the news industry, the motto has always been: If it bleeds, it leads. But death for public consumption is as old as gladiator fights and hangings. What would circus acts and extreme sports be if they didn't hold a little tease that sometimes death will not be defied? And a generation ago, the VHS tape "Faces of Death" became a notorious cult hit for promising viewers a glimpse into the end of life.

Yet never before in history have we had the ability to gorge on the snuffing of human life with such unnerving ease. Your 10 o'clock news team is likely right now scrambling for "shocking" security cam footage of a robbery gone wrong, maybe something they can tie to a security guard's "heroic" actions. CNN, MSNBC and Fox are eagerly looking for some compelling war footage. And if you really want to hit the jackpot, YouTube, which is celebrating its fifth birthday, can offer a veritable smorgasbord of death – bullfights, shootings, car accidents, take your pick.

Why do we watch? Why do the networks and YouTube, which have a conniption at the mere suggestion of a female nipple, serve up real-live death on a near nightly basis -- albeit decorously tiptoeing around hardcore gore and obvious suffering? It's not because it's so darn entertaining. Though I'd never dispute the callousness of human nature or the tastelessness of some of those YouTube comments,  I doubt "Grand Theft Auto" and the "Saw" movies have depleted our empathy to the extent that reasonably sane adults can't distinguish between Grand Guignol and the fragility of human life.

It's not because all those caught-on-video demises are equally significant either. One could argue that a death like Neda's shocks in a way that nothing else could, that to watch the life go out of her eyes is to understand the cruelty of what happened in Iran. I would say that's up to the viewer -- but that I do believe firmly in the profound power of images to change the world. It'd be disingenuous, however, for anyone to suggest that the drowning of Anne Sharrie Duncan -- heroic as it may have been -- is something the American public has an inherent right to see. Nobody's airing it because it's going to make people finally take a stand against really big waves. It airs because it's dramatic, viewer-grabbing footage. Because, holy shit. And because in a culture where we don't like to talk about death around the dinner table, don't like to admit our own inevitable expiration, the reminder that life can be extinguished in a blink is humbling and frightening.

But while we're all just a heartbeat away from the reaper, it's worth pondering that we're all also just a security camera or cellphone away from having our last breaths uploaded onto YouTube. Though SeaWorld security cameras caught the drowning of killer whale trainer Dawn Brancheau in February, the park and her family fought to block releasing the footage, saying they were "protecting their privacy interests." Be forewarned -- if you're not planning on shuffling off the mortal coil at SeaWorld, you may not get a similar deal. And someday, when random violence or an accident caught on a bystander's camera is broadcast to the world, when the anchor says, "Look at this," the death she's showing might be our own.

There are a million individual reasons why death -- something so commonplace and yet so mysterious -- fascinates us so. Maybe it's mostly because we know we can never conquer it. But if we can just look at it for a moment, perhaps we can understand it, see a glimpse of what awaits us all. Because the sight of death, awful and sudden and scary as it is, makes us feel something. And that makes us feel, well, alive.