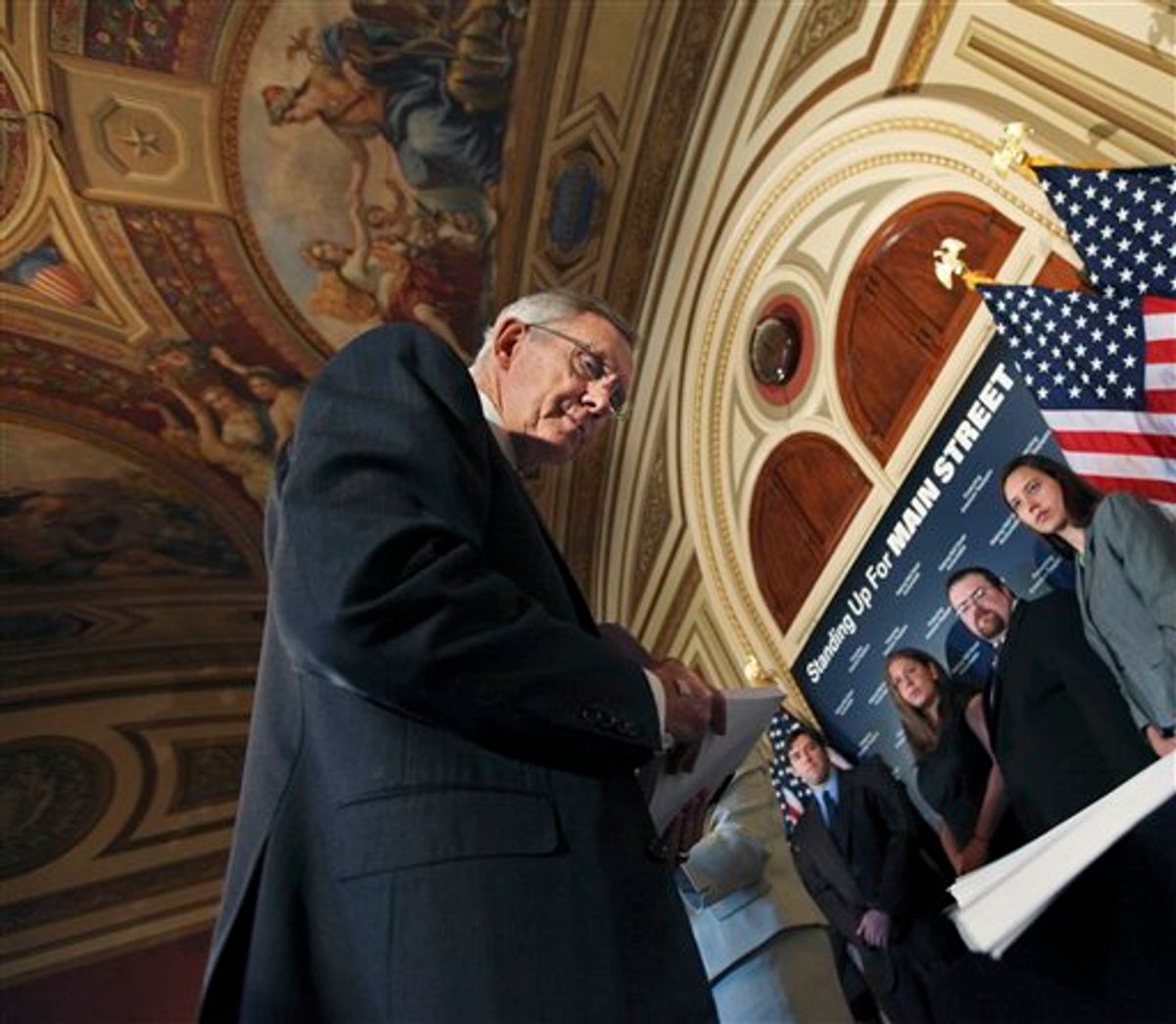 Democracy in action: Harry Reid's bid to end debate on the Dodd banking reform bill failed bytwo votes to get the necessary sixty votes on Wednesday afternoon. The final vote: 57 ayes -- 42 nays. (Reid changed his own vote to nay at the very end, a technical move that allows him to call for a new vote whenever he wants.)

<P>But don't blame Republicans -- even though only two GOP Senators, Maine's Olympia Snowe and Susan Collins voted for cloture. Two Democratic defectors, Washington's Maria Cantwelland Wisconsin's Russ Feingold sealed the deal. Both senators had threatened to vote against cloture if their own amendments were not allowed to come up for a vote. Give them credit for following through.

<P>So the circus goes on. On the positive side: Perhaps some progressive amendments will now get a shot at a Senate vote.

<P>UPDATE: Cantwell's amendment would have reinstated the Glass-Steagal separation between commercial and investment banking. Feingold's office released the following statement after the vote.

"After thirty years of giving in to the wishes of Wall Street lobbyists, Congress needs to finally enact tough reforms to prevent Wall Street from driving our economy into the ditch again. We need to eliminate the risk posed to our economy by 'too big to fail' financial firms and to reinstate the protective firewalls between Main Street banks and Wall Street firms. Unfortunately, these key reforms are not included in the bill. The test for this legislation is a simple one -- whether it will prevent another financial crisis. As the bill stands, it fails that test. Ending debate on the bill is finishing before the job is done."

<P>Can't really argue with that.