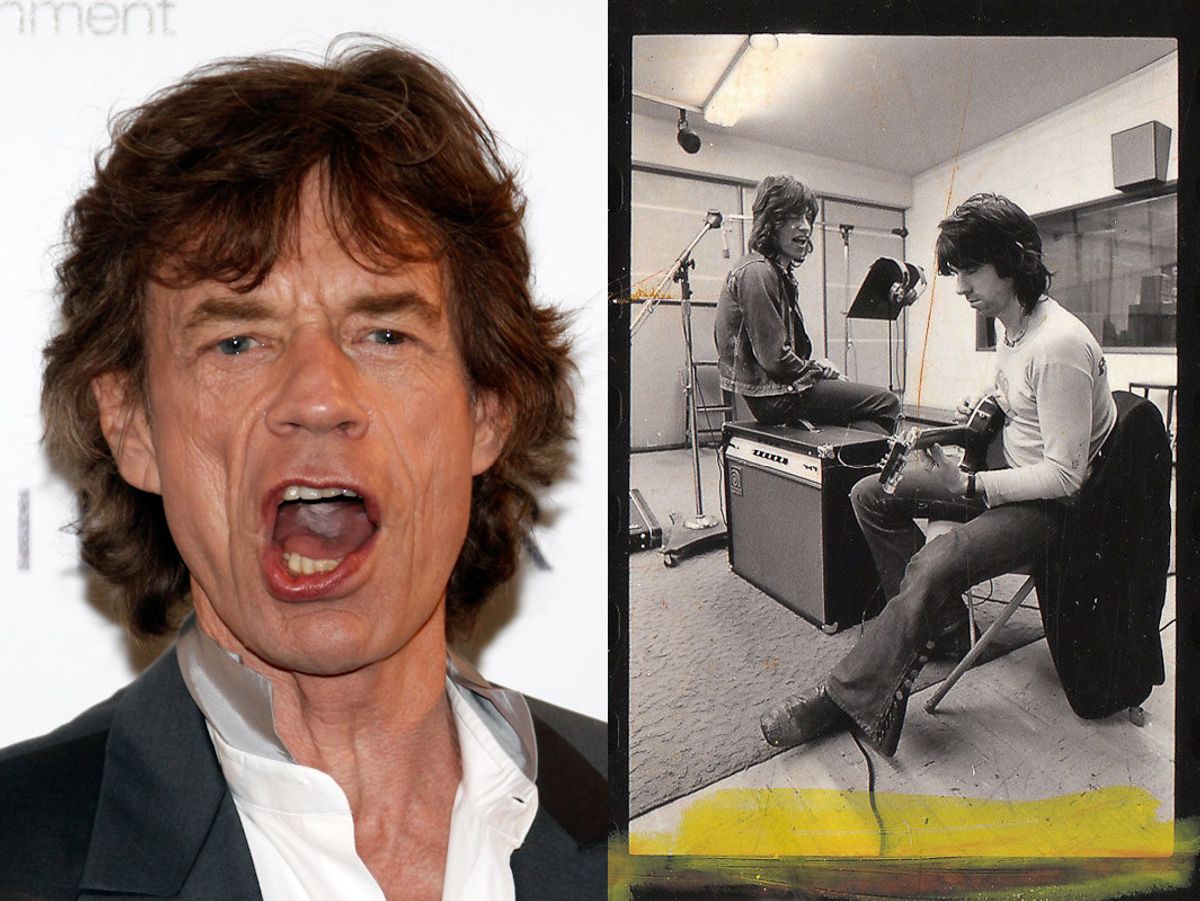 CANNES, France -- "Let me tell you a little bit about what it was like," said the slight, leathery, oddly familiar Englishman on the stage of the Palais Stéphanie. "It was 1971. Nixon was in the White House. The war in Vietnam was raging on. Eddy Merckx had won the Tour de France. But you won't see anything about any of that in the film. We didn't know anything about it. We were in the basement of a house in Villefranche, making a record."

I was up in the balcony, but the man onstage was unmistakably Mick Jagger, perhaps the only senior citizen in the world who can manage to look cool while wearing a gray suit with sneakers. He repeated his statement twice, the first time through in completely respectable French, while hundreds of cameraphones lit up the place like electronic candles. Then the mob scene settled enough for us to take in the Directors' Fortnight premiere of "Stones in Exile," Stephen Kijak's fascinating documentary about the creation of a legendary rock 'n' roll record whose basic tracks were laid down 38 years ago just a few miles from here. (The trailer is embedded below.)

That record, of course, is the Rolling Stones' "Exile on Main Street," recorded in piecemeal fashion between France and California after the band had fled England to avoid paying back taxes. Out of their chaotic personal and professional lives, and the hothouse party atmosphere of Nellcote, Keith Richards' seafront villa outside the town of Villefranche-sur-Mer, the Stones somehow created a murky, layered, two-disc masterpiece that embraced Delta blues, hillbilly-style country music, R&B, soul music, '50s-style rock 'n' roll and any number of other elements. It sounded like a record that had been left under a couch in Memphis, not one made by a bunch of rich English guys at their Côte d'Azur hideaway. (Personally, I love the whole album -- but there can never be a day so good or so bad in my life where listening to "Shine a Light" won't make it better.)

Kijak, who was 2 years old when "Exile on Main Street" was recorded, hasn't tried to make some definitive meta-masterpiece to mirror the strangeness of the album. But given the Jagger-Richards duo's reputation for reticence, eccentricity and control-freak tendencies, getting this movie done at all is a minor miracle. Apparently, the Glimmer Twins saw Kijak's earlier rock-history doc, "Scott Walker: 30 Century Man," and approached him about telling the "Exile" story, to coincide with this week's release of the remastered album (which features several new tracks and alternate versions). Since Jagger, Richards and Charlie Watts are the executive producers, they really had no one else to blame if the project fell apart.

With full access to the Stones' archives, excerpts from Robert Frank's "Cocksucker Blues," period concert footage and interviews with almost every living person who was there -- Jagger, Richards, Watts, former Stones Bill Wyman and Mick Taylor, producer Jimmy Miller, saxophonist Bobby Keys and Richards' then-wife, Anita Pallenberg -- Kijak's 61-minute film gets about as much of the story as anybody could after all this time. He moves briskly through the drug abuse, criminality and paranoia that caused the Villefranche household to fall apart after six months or so -- none of which Jagger seems terribly eager to discuss -- but "Stones in Exile" never feels like a whitewash.

Hardcore fans may know some of the minutiae: "Tumbling Dice," the album's only real hit single, had no lyrics until the band got to L.A. and Jagger had a conversation about gambling with his African-American housekeeper. The cryptic lyrics to "Casino Boogie" were written at the last minute, "William Burroughs-style," says Jagger, out of phrases he and Richards scribbled on strips of paper and then selected at random. What may be most remarkable in this wistful, moving and, yes, fully rocked-out film is the sense that after spending the last 30 years or more as a multimillion-dollar business focused on the next move, the Rolling Stones are finally considering their place in history.

"Stones in Exile" will be released on DVD in June.