Victory on bank reform, but for whom?

The Senate votes to end debate on the Dodd bill, by a whisker. But progressive concerns on derivatives remain 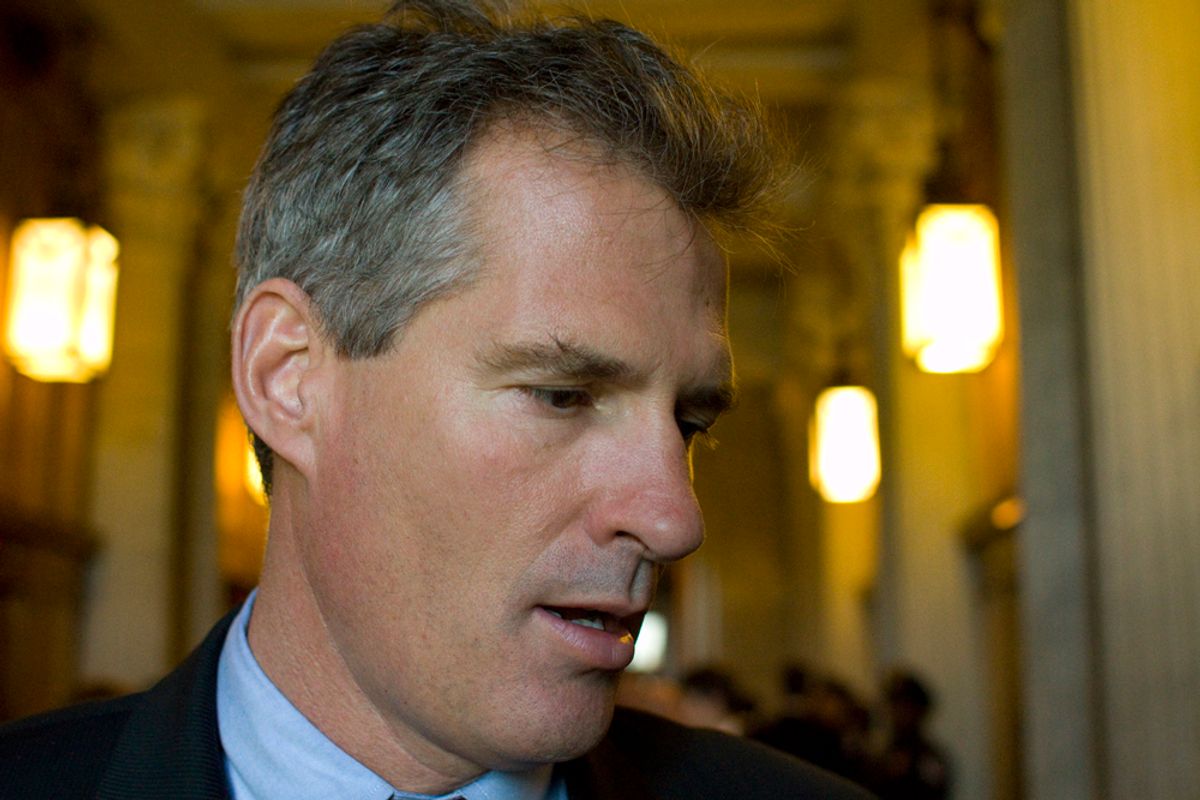 Democratic Senate leaders hinted all morning long that the second time would be the charm in moving forward with bank reform, and they were right -- the motion for cloture passed 60-40 early Thursday afternoon. But progress came not by satisfying the demands of the two progressive Democrats, Sen. Maria Cantwell, D-Wash, and Sen. Russ Feingold, D-Wis., who were dissatisfied with the bill and voted no on the first attempt at cloture, but by getting the newest senator on the block, Massachusetts Republican Scott Brown, to switch his vote from no to yes.

So there you have it, the man whose upset election to Ted Kennedy's seat supposedly signaled the collapse of the Obama agenda turns out to be the fulcrum in getting the second major piece of legislation of the Obama presidency set for passage.

There are still a few key amendments left to vote on, post-cloture, and there's an outside chance that some improvements can still be made, but the real upshot here is that liberal senators apparently have no leverage in the Senate, but moderate Republicans get what they want (although we don't yet know for sure exactly what Brown wanted).

Most coverage of Sen. Maria Cantwell's decision not to vote to end debate on the bank reform bill Wednesday attributed her reluctance to the Senate leadership's unwillingness to bring her amendment to reinstate Glass-Steagall up for a vote. After the cloture vote failed, Cantwell said the real problem was with a different amendment, one aimed at fixing a gaping loophole in derivatives legislation.

The basic problem, as highlighted by Alternet's Zach Carter three weeks ago, and explained by Rortybomb's Mike Konczal and FireDogLake's David Dayen yesterday (Dayen, by the way, does the best minute-by-minute coverage of Senate floor votes in the blogosphere), is that the rules in the Dodd bill designed to bring derivatives trading out into the open don't have any enforcement mechanism attached to them.

Lincoln's bill required central clearing for almost every derivatives trade, and the Dodd-Lincoln mash-up includes that language. Unfortunately, it also includes a brief section that completely undercuts that new rule. (For wonks, it's Section 739, paragraphs A and B.) Under the current bill, there is no penalty for anybody who fails to centrally clear their trades -- even though the bill labels this activity illegal. What's more, even though this behavior is illegal, the trade itself is still valid. In other words, banks are required to bring their trading into the open. But if they don't shed light on their trades, nothing will happen to them. I wonder what banks will choose.

After the failed cloture vote, Dodd tried to bring up for a vote Cantwell's amendment closing the loophole but was blocked by Sen. Richard Shelby, R-Ala. However, given Dodd's own suspicious maneuverings in the last few days, blame for the failure to incorporate ironclad rules on derivatives in the reform bill must be shared by both Republicans and Democrats.