Do spices really only keep for six months?

No, you don't have to replace them twice a year. Even better news: Here's how to make them always taste amazing 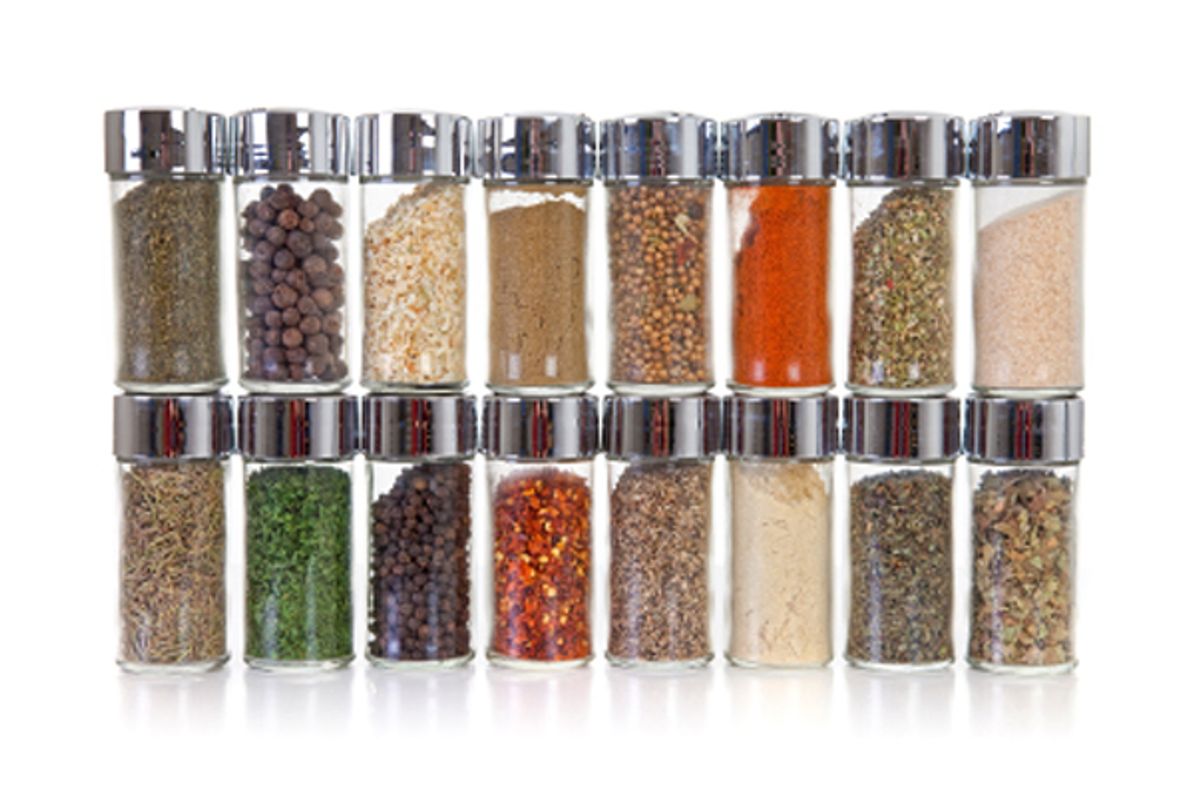 How many times have you heard that spices lose their potency "after 6 months"? It's repeated so often, but it seems absurd to me that all spices would behave exactly the same and I know that most processes of deterioration graphically resemble that of Newton's law of cooling (\[\frac{dT}{dt} = -k (T - T_a).\]) with the fastest deterioration occurring initially.

Do you have any idea how awkward it is to get on the phone with some poor spice company representative and subject them to the sentence, "Yes, but is the deterioration of the spices anything like Newton's law of cooling? You know, like, slash-bracket-slash-frac-whatever that squiggly bracket is called…"

But hey, I did it for you. And even better, I also called Jane Daniels Lear, who wrote the superb cookbook "One Spice, Two Spice" with chef Floyd Cardoz of Tabla, the most influential Indian-inflected restaurant in America, and I learned more than I ever thought I would about the buying, storing and fading of spices. Here's what you should know.

How to buy and store spices:

"Six months?" Lear said, with a genteel indignation. "Some food Nazi probably made that rule up. Or someone from a spice company who just wants you to throw out all your spices twice a year."

She continued: "To me, that rule is irrelevant, because it really depends on how old the spices are when you buy them, how they've been taken care of, and how you store them. So many people have them in clear bottles on a spice rack in the kitchen. There's heat from the stove, and sunlight causes a reaction, like bleaching. Both of these are terrible for spices. But if you buy spices from a place with high turnover so their stock is fresh, and store them cool, dark, and dry, they will keep much longer than six months."

Some other things to keep in mind when storing spices: It's not just the stove and oven that are hot -- the back of the fridge throws off a lot of heat, the toaster oven, your coffee machine, even the part of the kitchen where the sun streams in in the afternoons. So keep heat in mind when you decide where to let your spices live. And, Lear says, the freezer is a good option for spices that have a high oil content -- like mustard seeds -- so the oils don't go rancid.

Well, OK, fine. But there's still a reason for the six-month rule. Sort of:

When I started asking Nick Ciotti, V.P. of operations for the excellent Vann's Spices about whether spices lose their flavor like Newton's law of cooling, he thankfully interrupted with, "The short answer is yes," saving me from completely displaying my ignorance of basic science.

"Once the spices are ground, right away there's a sharp drop in their flavor. Spices are filled with volatile oils, which are what give them their flavor and complexity. When you grind them, you release those oils, and they begin to dissipate. In two weeks to a month after grinding, you have the sharpest drop in flavor, a rapid loss of those oils. But then it plateaus, losing its flavor at a more gradual rate. For the next few months, they're pretty much the same, but by six months, you've really lost their complexity. It's not just about potency and strength -- for that, you can just add more of the faded spice. But you can't ever get back the complexity. Black pepper from a year ago might still smell like pepper, but it won't smell like orange and clove, the interesting aromas that a really fresh pepper has. After six months, it's still totally usable, but it's just a matter of what you want out of it.

But here's the real key, what every pro will say about spices -- buy them whole and grind them yourself:

Whole spices, well-stored in the way Lear suggests, will easily keep for a year. Ciotti explained it this way: "When they're whole, they have this nice shell for all the volatile oils inside. When you grind spices fresh, you're getting that first initial burst of all those oils, those flavors. They're all there. But when you're buying pre-ground spices in the grocery store, there's no way to tell how long they've been sitting there. Most companies pull in ground spices that have been ground, warehoused, flown over to the U.S., warehoused here, then packaged and sold. It might be a year or two old already by the time you get them."

Grinding your own spices requires hardly any work. Just drop your spices, toasted or raw, into a cheap coffee grinder and whirl them around, shaking the grinder a bit to get them moving into the blades, until you get a powder -- whether you prefer course or fine is up to you. (Keep that coffee grinder expressly for spices. Really, don't use it for coffee afterward. No matter how much you clean it, your coffee will taste totally weird.) A good rule of thumb is that you will end up with a half to a third of fine powder for the volume of whole spices you grind.

But, Lear says, "If I end up grinding a little extra than I use in a dish, I'm not worried about it. I throw everything left over into this little bottle we call 'Sam's spice rub' that my husband uses on pork ribs. And it's just wonderful. Or, the other day I had some extra ground coriander and I mixed it with salt. I've been using it on everything, and it made someone say my potato salad was the best they've ever had. Just adding a little bit of spice gives this extra mysterious something."

Sometimes small amounts of a spice can be a problem, since you need a certain quantity in the grinder to reach up to the blades. When a recipe calls for a really tiny amount of a spice, Ciotti recommends a few options: You can also get a cheap little mortar and pestle and give them a really quick pound. Or see if there are other spices in the recipe and grind them all at once. Or you can add a little bit of salt to the spices in the grinder to bulk them out, and just use that as your salt for the dish.

And do different spices keep differently?:

Technically, yes. Ciotti points out both size and chemical factors. "Look at nutmeg -- it's rather large, very dense. It's a really good encasement for all those oils. You can shave off a little at a time. But when you grind fennel, it's extremely volatile. You lose a lot of that complexity even with a week." But that is just stuff to argue about for purists and geeks. "Most people," he says, "are still buying their spices pre-ground, so talking about complexity is a moot point. It almost doesn't exist, until you put it up against something fresh and freshly ground. A really fresh black peppercorn smells like orange. It's amazing. And something like that you'd never realize unless you experience it."

If you have any food questions we can sleuth out for you, ask us! E-mail us at food[at]salon[dot]com.