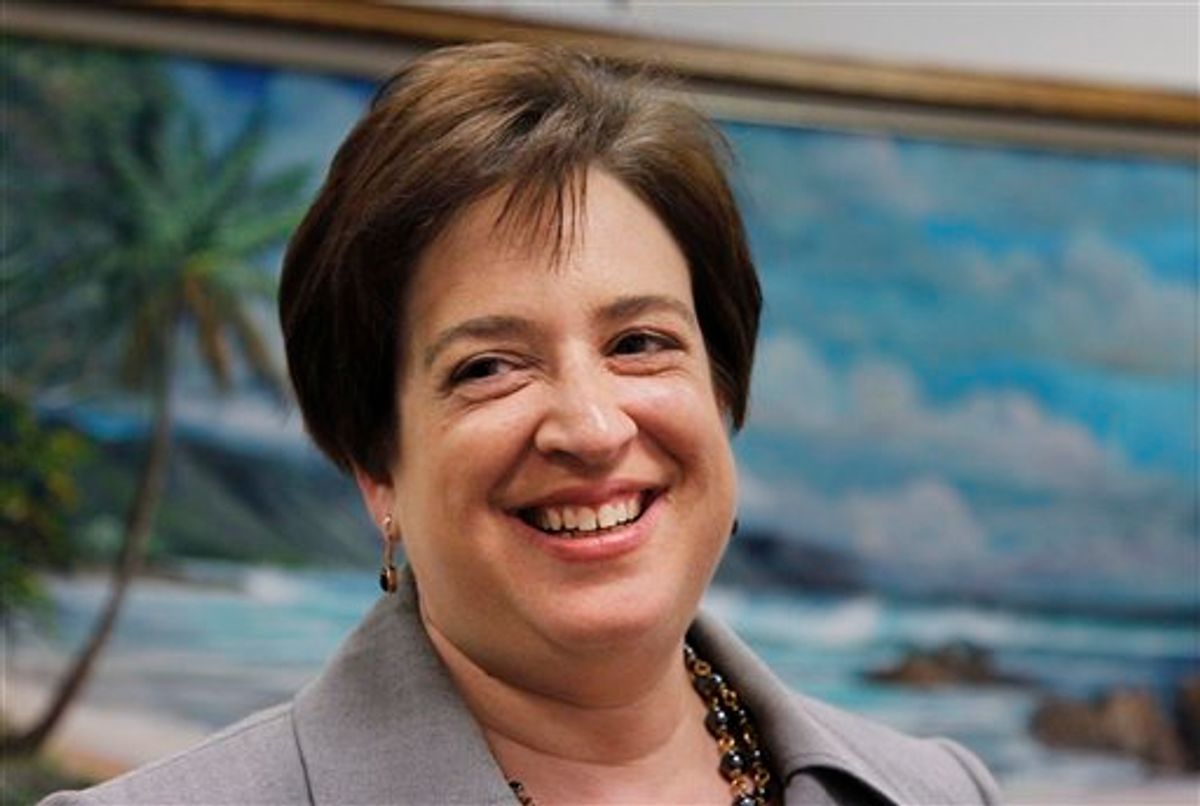 It always comes back to choice of words when discussing powerful women, and this point was driven home for me this morning by an Associated Press piece on Elena Kagan's management style while she was the dean of Harvard. The article is pretty typical stuff, featuring interviews with various former co-workers of Kagan's -- all of whom, surprise surprise, are men. Seriously, Associated Press? Not one woman would talk to you about the "dynamic" and "masterful" Dean?

Women tend to use different descriptors than men when evaluating other women, so we might have been spared the series of painfully stereotypical comments unleashed by law professor Detlev Vagts: "aggressive," "abrasive," "dismissive." There was also the undermining comment: "There was quite a turnover of her top management group when she was named dean." What I take that to mean is: She's a mouthy bitch who chased off many of our finest old-white-man-middle-managers and then didn't listen to me when I, an old white man, complained mightily about some of her decisions." One more nugget of insightful wisdom from Vagts that AP saw fit to print: Kagan was known, on occasion, to raise her voice. Sweet cripes, Katie bar the door!

The reason Vagts' comments stick in my craw so profoundly (beyond having the word "abrasive" used to describe me since I was 10 years old) is the simple fact that he went on record with a legitimate news source to slag off his former boss in terms that befit a pissy child who was sent to bed without dessert. I understand, Professor Vagts, that the appointment of Bush-era Assistant A.G. Jack Goldsmith was controversial and unpopular at first. It's also pretty clear that Kagan was able to persuasively make her case for him, and that her efforts to do so were to balance out a distinctly liberal faculty. So she's fair, which, last time I checked, was kind of a prerequisite for being a Supreme Court justice. Or it should be.