Is Sarah Palin really a feminist?

She may be talking women's rights, but it's worth asking whether she actually deserves the F-word 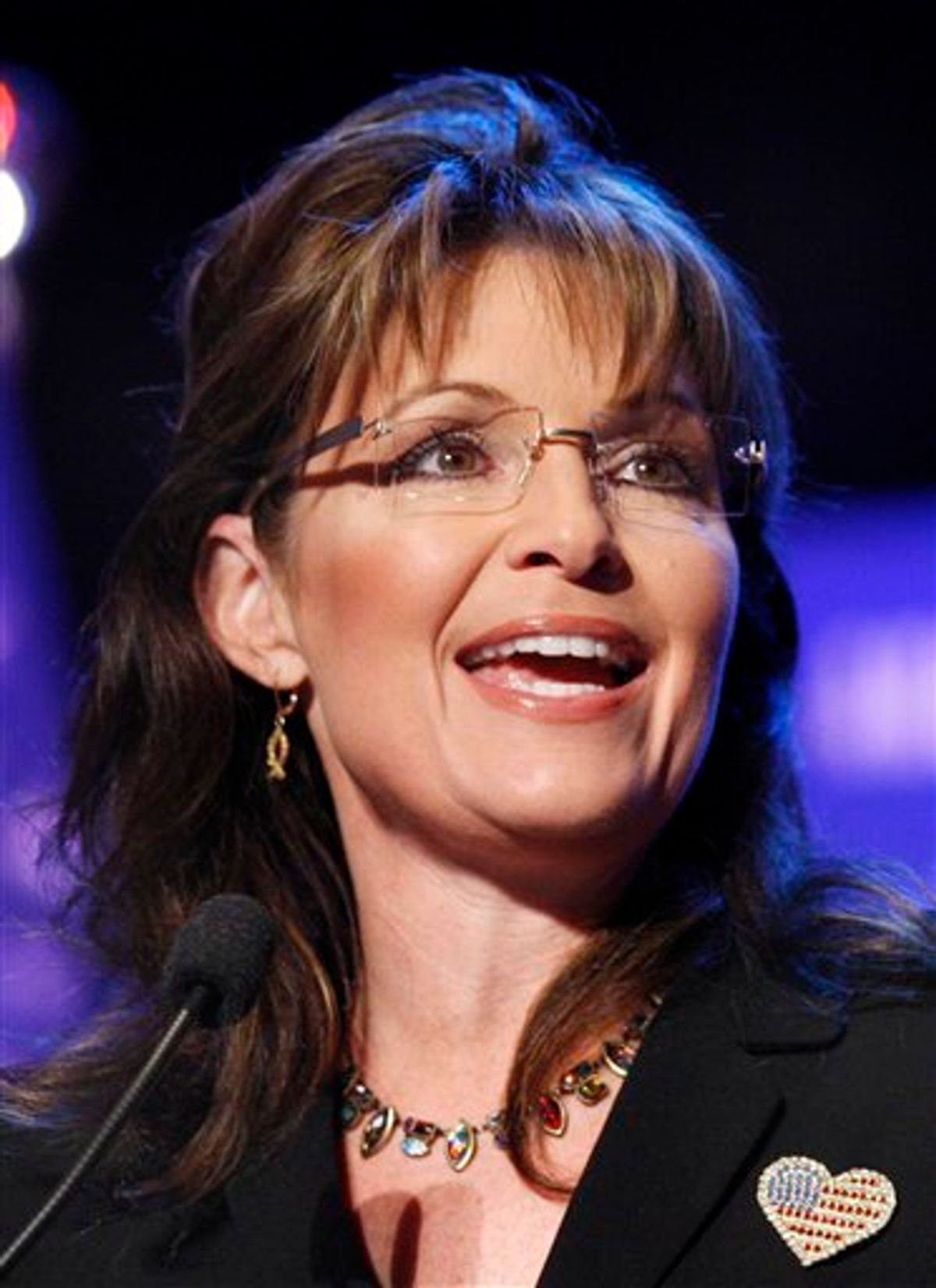 Lately, Sarah Palin has not only been ramping up the "mama grizzly" rhetoric, but she's also started tossing around the F-word. Not the four-letter one, but the one that makes Rush Limbaugh quake in his boots. "Feminism" isn't exactly an expected buzzword for Palin, but today the Los Angeles Times' Meghan Daum rightly asks: Why shouldn't the conservative Alaskan have a right to it?

"I feel a duty (a feminist duty, in fact) to say this about Palin's [feminist] declaration: If she has the guts to call herself a feminist, then she's entitled to be accepted as one." After all, Daum argues, people "who believe in gender equality" too often "avoid the word, souring its reputation and undermining principles they actually hold quite dear." So, in short, why should Palin be denied the label when so many who have more traditional feminist beliefs ultimately fall into the trap of "I'm a feminist, but..."? "Think hard," she urges, "about who or what is to blame for increasingly narrow definitions of feminism, definitions that often have more to do with armpits and their discontents than with policy, pay rates and other matters of substance." These are excellent points, but, for me, at least, they don't convincingly answer the question of whether Palin is a legitimate feminist.

When she dropped the F-bomb during a speech last week at a Susan B. Anthony List fundraiser, she was talking about "the pioneering spirit of our foremothers, who went in wagon trains across the wilderness, and they settled in homesteads." These are the "tough, independent pioneering mothers, whose work was as valuable as any man's on the frontier." Translation: Women's work is just as important as men's work. When Palin talks about gender equality, she's really talking about the equal importance of men's and women's traditional gender roles. The emphasis isn't on personal freedoms, but how mothers are just as important as fathers. Palin's feminism is a bad Hallmark card.

Taylor Marsh recently argued on the Huffington Post: "You simply can't be a feminist if you don't support a woman's individual rights. Announcing a 'new conservative feminist movement' without acknowledging the individual freedoms of women won't cut it."  By "individual freedoms," of course, Marsh means individual reproductive freedoms. Palin has made it clear that she opposes abortion in all cases except when a woman's life is in danger and believes the issue should be decided on the state level. She sees pro-choice activism as denying women's capacity to have it all and fancies herself as a supporter of women's rights -- to a family and a career -- by shunning abortion.

In many ways, the debate over Palin's feminist cred boils down to whether an anti-choice feminist is an oxymoron. It certainly is in my mind, but the label doesn't belong to me any more than it does to Palin. Besides, I'm less concerned with labels than I am with actual arguments about what is truly best and just for all women. I say, let Palin hide behind her favorite new buzzword; we all well know she's better with catch phrases than actual policy.