The high-end start-up hitches a ride with the Prius-maker. Could be just a P.R. move, could be California's future 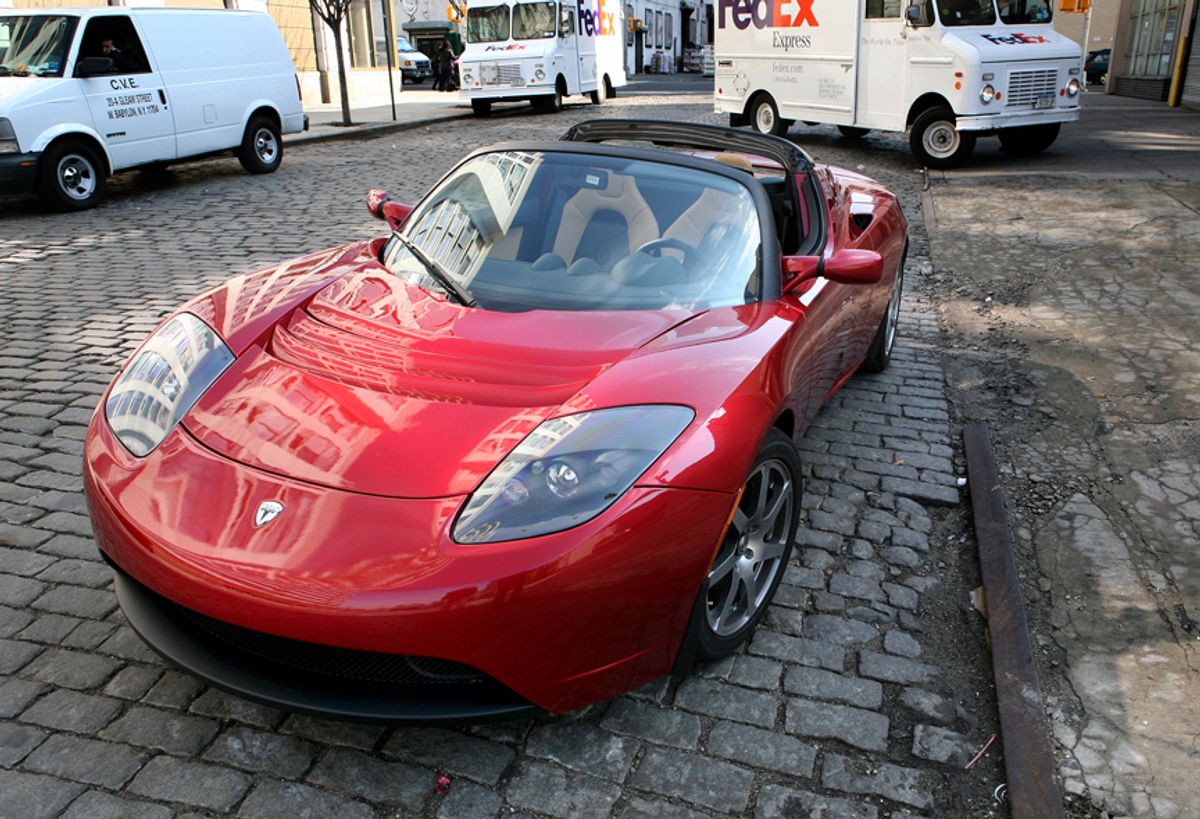 Barely a month after the Nummi joint-venture between Toyota and General Motors that manufactured cars in Fremont, Calif., finally closed down for good, it looks as if the Japanese carmaker will be back in business in California -- but this time, in cahoots with Tesla, the Silicon Valley high-end electric car start-up.

That is, if we can trust Arnold Schwarzenegger's loose lips. The governor unexpectedly announced the joint venture while speaking at Google's headquarters Thursday morning. Tesla had previously scheduled a press conference for 5 p.m., but details of the deal with Toyota were embargoed.

But if a puny embargo could stop the Terminator, there probably wouldn't have been three sequels.

The news is likely to galvanize car buffs. Tesla is a darling of both the green-tech crowd and fans of high performance, stylish vehicles. Toyota, of course, manufactures the Prius, the most popular hybrid car in the world. A ton of money has gone down the Tesla hole, but not too many cars have come out of it. Maybe that's about to change: A Tesla-Toyota marriage, with a manufacturing plant in California -- perhaps in the old Nummi factory? -- could be a significant step forward into the electric car future.

Or it could just be a public relations exercise designed to distract attention from Toyota's rash of brake and accelerator-pedal problems and the merry-go-round of executive officer turnover at Tesla. The electric car future always seems to be waiting around just one more bend in the highway.