How about that -- the bill is far from perfect, but at least we have a government intent on governing 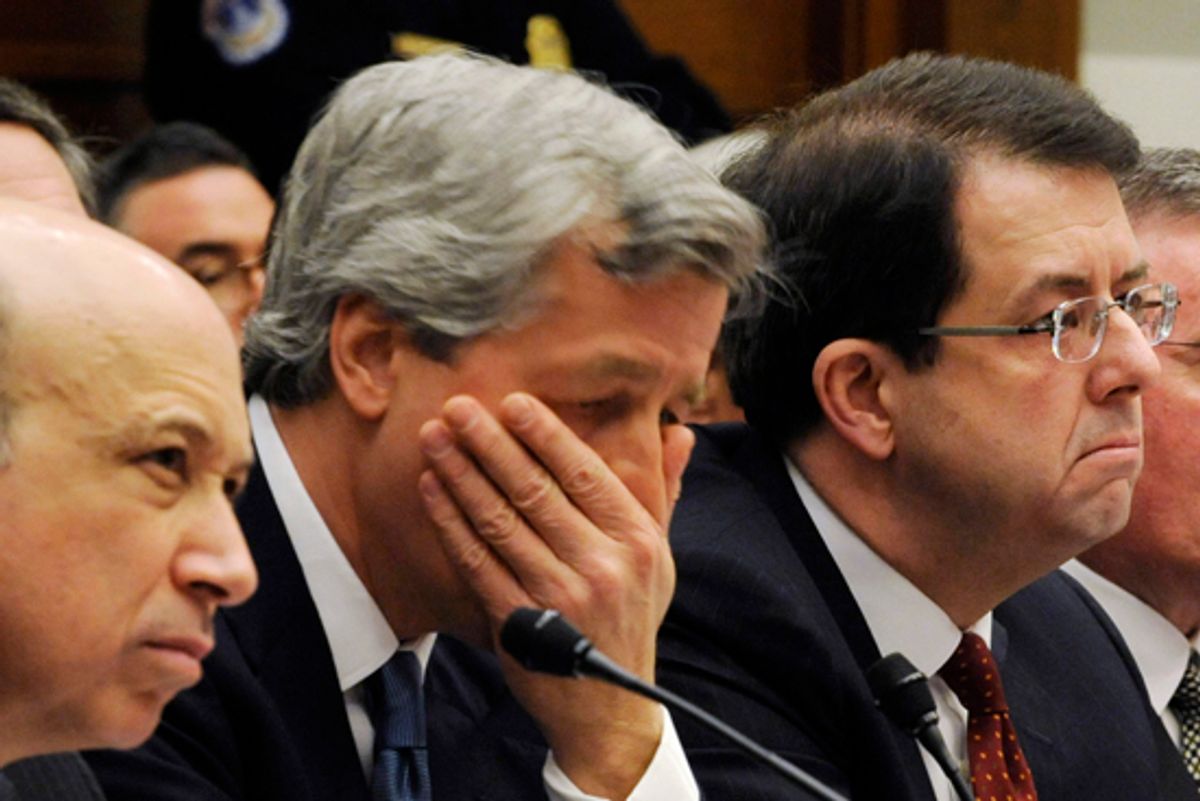 Now that the Senate has voted to pass bank reform, Wall Street is readying itself for "seismic change," says the Wall Street Journal. But are we talking the kind of temblor that knocks houses down and collapses freeways? Or is this more in the nature of a mild aftershock, coming longer after the real quake -- the great financial crisis -- and inflicting little, if any, additional damage?

The Web is alive with postmortems inhabiting every stage of the gamut from fear and loathing to skeptical dismissal to down-on-one's-knees shrieking praise to god hallelujah. Much of this is premature. The Senate and House bills have yet to be reconciled and there is plenty of room for significant changes. Despite all the talk about how Wall Street financial institutions may see their profits cut by 20 percent simply because of new rules on derivatives, we cannot yet say with any authority what those final rules will be.

Certainly, bank lobbyists and executives are in a state of shock that Blanche Lincoln's infamous provision requiring banks to spin off their derivative-trading operations has come this far. I too, am surprised -- I never expected it get out of committee, thought for certain it wouldn't be incorporated in the Dodd bill, expected the amendment process to strip it out during Senate debate, and still don't think it will survive the reconciliation process. Lincoln says she will fight to the bitter end to keep her restrictions intact. Good for her. But I'm still betting against it.

So with the rather strong caveat that we don't yet know the final details of this bill, the congealing conventional wisdom is probably best reflected by Paul Krugman's summation: "a qualified win" -- not as good as it could have been, but better than expected.

There will be a consumer financial protection agency, there will be more transparency on derivatives, there will be a crackdown on the credit rating agency conflicts of interest. But most important: The message from government is that government should play a role in keeping markets from going wacko. Imagine if consumer crusader Elizabeth Warren is appointed as the first head of the consumer financial protection agency? A chill will go through Wall Street and well it should -- she won't screw around. Obama has now appointed three new members to the Fed's Board of Governors -- I'm betting that they will take a much more activist approach in looking out for systemic threats and out-of-control bubbles than their predecessors. The symbolic power of getting this legislation passed should not be ignored. After thirty years in which Washington endeavored to withdraw from the playing field, the government is back. The bill is hardly perfect, riding herd on Wall Street is going to be messy, and there's lots more that needs to be done. But it's a start. Finally.