Tea Party candidate Chuck DeVore, "military reservist," was not "shot at" in Lebanon 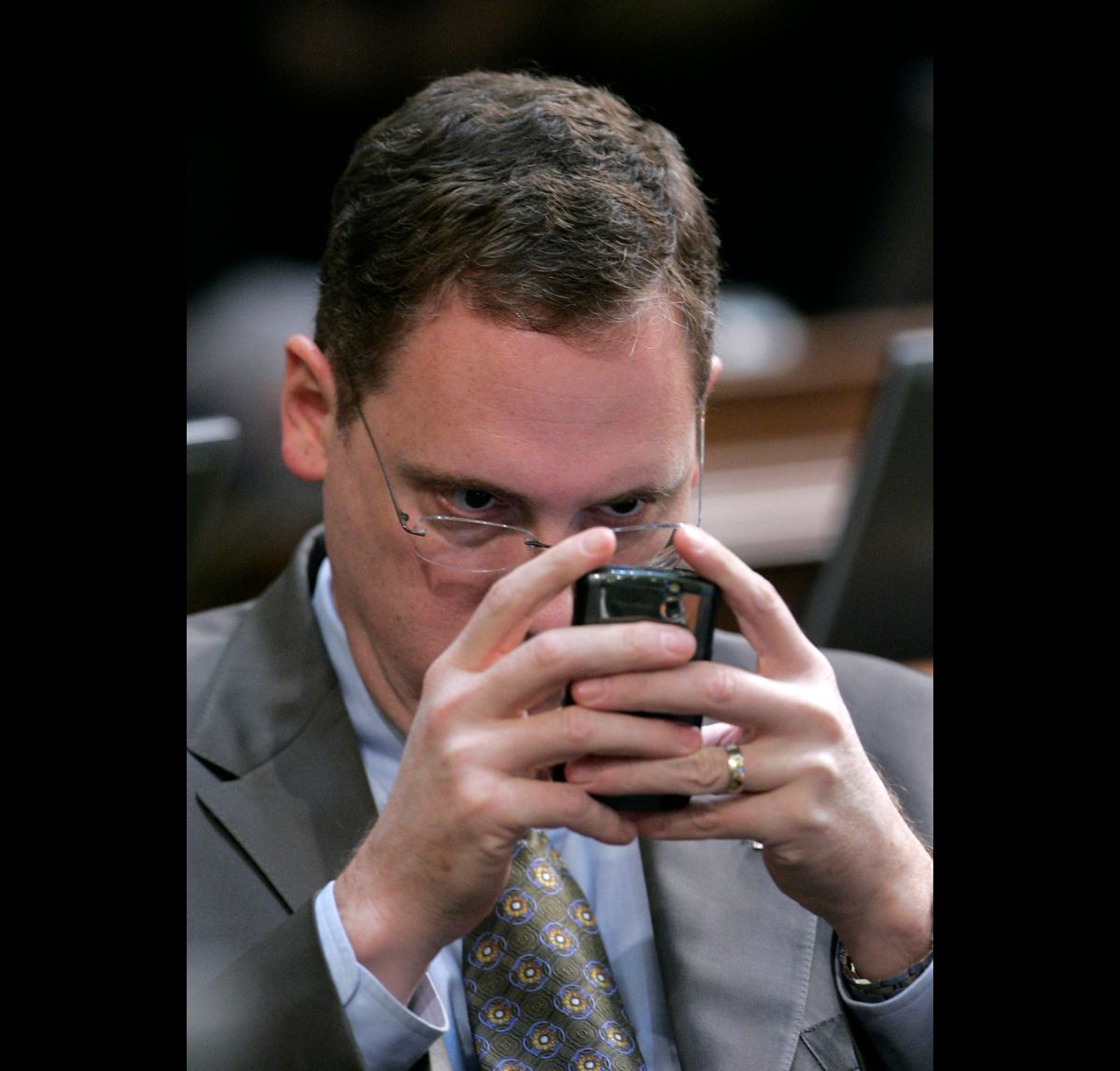 The race to lose to California Sen. Barbara Boxer is one of the most heated and amusing in the nation. Carly Fiorina is the candidate with the most national name recognition, thanks to a stint as a McCain campaign surrogate that was almost as disastrous as her term as CEO of Hewlett-Packard. She's locked in a tight race with two other guys: former Rep. Tom Campbell and Assemblyman Chuck DeVore. Except DeVore doesn't want to be called "Assemblyman." On the ballot, he'll be referred to as "military reservist." Oh, he also maybe slightly misled people about (guess what) his military service.

Chuck DeVore worked in the Reagan administration, then for Chris Cox's campaign, and in Cox's congressional office. He ran for office multiple times. While in the private sector, working for an aerospace consulting firm, he was also an Irvine city commissioner and on the Irvine Community Services Commission.

But "military reservist" just reads way better, doesn't it? It also sounds awesome to say, as DeVore did in a debate, that you were "shot at in Lebanon." What DeVore meant, though, was that he was shot near in Lebanon, while he was a college student on a media tour.

The LA Times talked to a corroborating witness to the "I was shot at" story.

DeVore mentioned that former ABC News correspondent Bob Zelnick was among the journalists on the tour. Zelnick said the group climbed an observation tower in Israeli-occupied Lebanese territory, from which the Bekaa Valley could be seen. He recalls the Israeli troops taunting the Syrians, who fired shots in response. But Zelnick said they were out of range and that Israeli journalists present had publicly teased him for reacting to the gunshots. "Nothing I saw or experienced could reasonably be interpreted as our having been driven off the hill by Syrian fire," he said.

An exciting tale of heroism!

This RedState post typifies the movement conservative response to this obvious distortion by DeVore: They blame Fiorina and accuse her of trashing the military.

DeVore is in third place in the polls, with Campbell and Fiorina running basically neck-and-neck. But DeVore is "the Tea Party candidate," because he's unelectable, though Fiorina is obviously more concerned with beating the socially moderate Campbell. (Palin recently defied the Tea Parties by endorsing Fiorina.)

(Meanwhile, Boxer's primary challenger, make-believe Democrat Mickey Kaus, seems to have been replaced at his longtime professional home, Slate, by Tom Scocca. Mickey is simply operating his usual blog -- as counterintuitively anti-immigrants/unions/LA Times/Ezra Klein as ever -- at a sad-looking "campaign" website.)