Inside a male pole-dancing class

More dudes are taking to the poles to work out their abs, not their dance moves. An instructor explains why 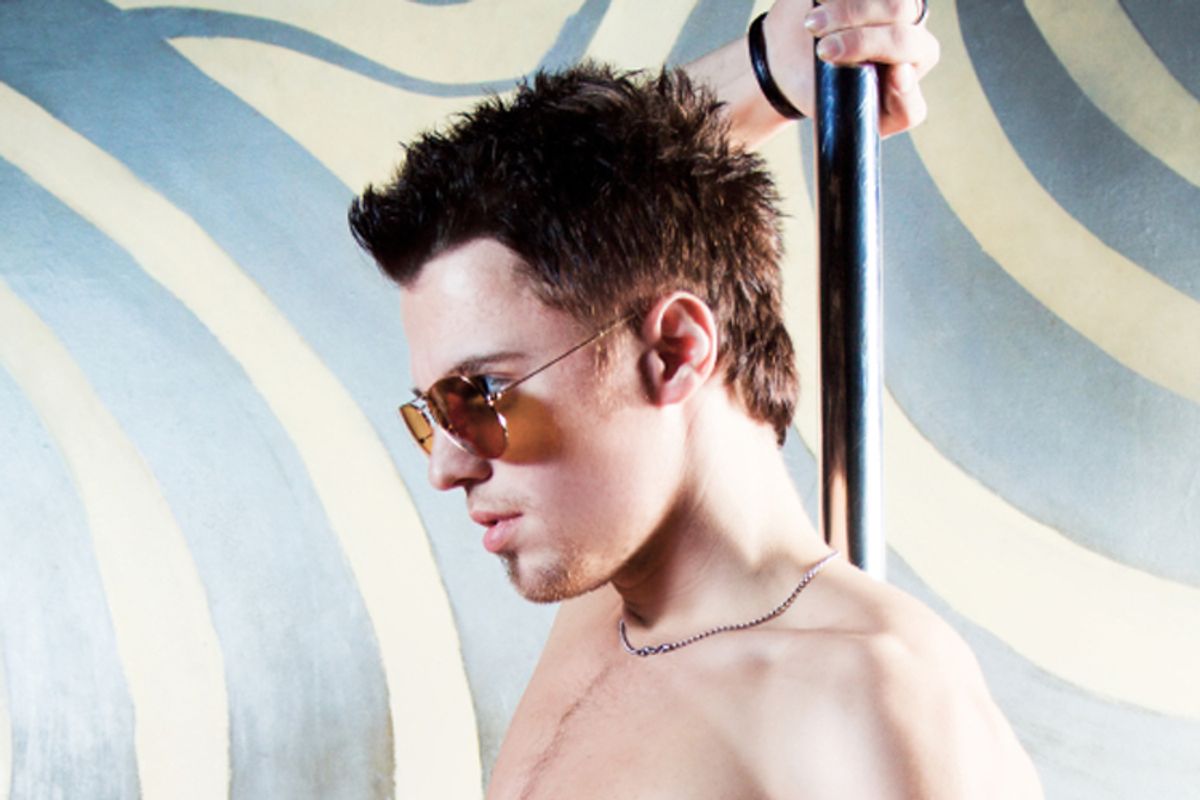 In the last couple of years, pole dancing has been taken out of the club and into the gym. The once stripper-only activity has attracted hordes of fitness freaks and curious class-goers, lining up for pole-dancing sessions that provide cardio with an exotic twist. And it's not just for thrill-seeking ladies anymore: The latest devotees of the pole workout are men. The world pole-dancing competition in Tokyo last year included a male-only category, and ABC reported Monday on a men's pole class in Miami Beach, where participants work on their moves. But how do these classes work, and who goes? Salon talked to Jessica Burgess, instructor of the coed pole-dance class at Master J Moves Dance Studio in Philadelphia, to get the scoop.

What kind of clientele do you get?

A lot of them are there to try something new. Some guys come in thinking it's a joke class, but they find out pretty quickly that it's actually very difficult. I'd say that about 20 percent are into fitness or gymnastics, but many more are businesspeople, folks who want to get a workout but are tired of the normal stuff.

How is the coed pole-dancing class different from the women-only class?

A few men were interested in taking pole classes but didn't feel comfortable in the regular sessions with all the booty-shaking. The coed class focuses more on the fitness element and cut out the dancing, no popping or floor waving or any of that stuff. There aren't enough men who are regulars to have an all-male class, but we have a core of about six guys and a few floaters in their every week. It's more like an exercise boot camp than a dance class -- there's no improvisation. In the women's class, there’s a part for self-expression, because I find that women come in wanting to pretend a little bit, to get to be a dancer for a day. Guys are only there for the fitness.

What kind of moves do you work on in an average class?

We do a warm-up first, and then we do circuits on the pole. There are five poles in the room, so people will cycle through them doing pole pull-ups or pole inverts -- pulling your legs over your head -- or holding on to the pole in a certain way. There are squats and lunges. There are four or five different ways to climb the pole: one leg in the front or back, going upside down, climbing upside down, hanging by one leg and then switching legs, and holding the entire pole by your armpits. It requires an incredible amount of balance.

What's the hardest move to do on the pole?

The pole handstand. Instead of having your hands on floor and feet in the air, you basically hold your entire body horizontally in the air by gripping the pole. Most of my students aren't doing that yet. For most guys, starting from a beginning fitness level, it would take two to three months to learn. For most women, it take six months to two years.