A dish to celebrate the new New South, one of both tradition and diversity 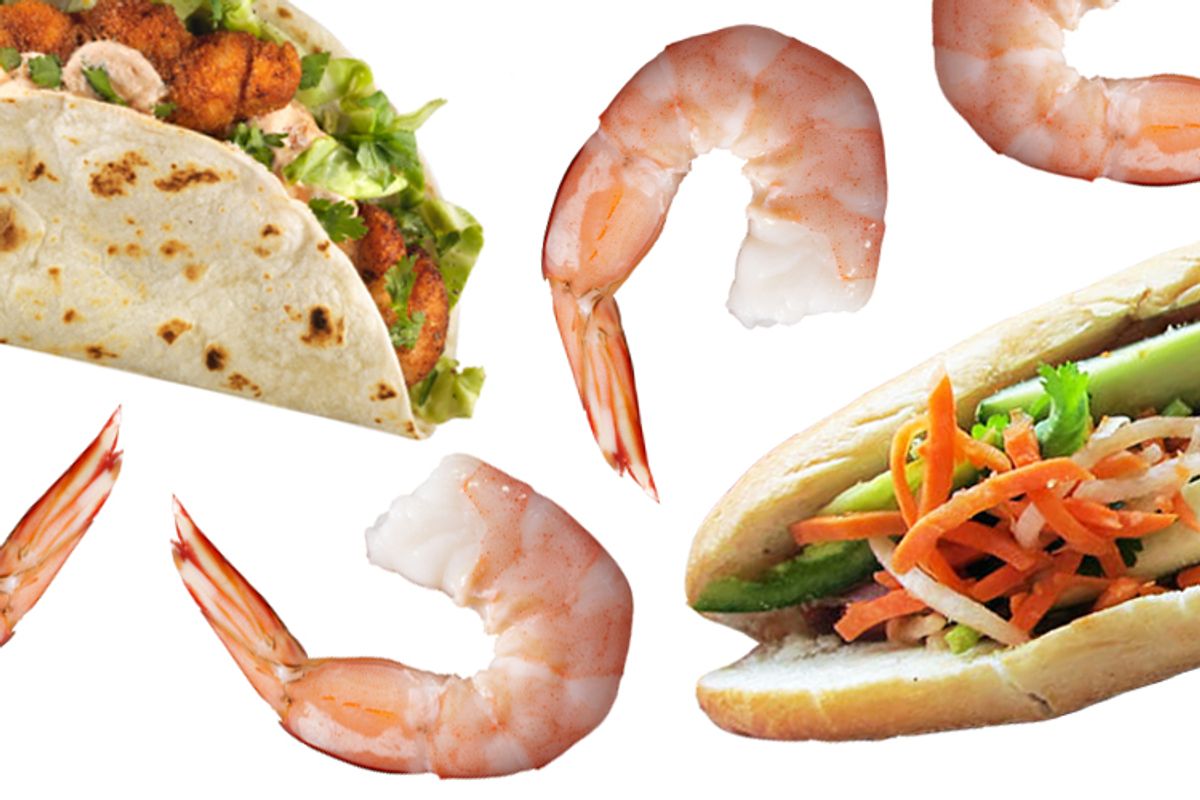 When I lived in Biloxi, Miss., after Hurricane Katrina, I cooked a lot of what I called "Utopian Biloxi food," a cuisine born of the place and the people I saw every day: white and black Southerners mingling -- some for the first time -- with their Vietnamese fisherman neighbors, all fighting to restore their home after the storm.

I wrote about it at the time:

East Biloxi, right now, is a place where you can think about Utopia. It's poor, neglected, and was ripped up by Hurricane Katrina, so that might seem like a strange thing to say. But if you can't make an omelet without breaking eggs --well, the eggs here are already broken.

As people and businesses return, sometimes with gusto, sometimes more haltingly, there is space to think about what kind of a community they want to re-create. Maybe all this thinking will turn out to be wishful, but as long as there are still people working to rebuild, wishful thinking is fuel.

I imagined a Biloxi where the post-storm community that formed across race and culture held, where people were happy to have so many different people call this place theirs, where they ate one another's food and spent afternoons on one another's porches.

So I was sautéing collard greens with onions and a splash of fish sauce, South East Asia's savory, beguiling answer to soy sauce. I made "macaroni and cheese" with Vietnamese rice paper rolls standing in for the noodles, and I tossed pasta with toasted Mississippi pecans and Thai basil.

But thinking back to that time, I realize that I did Utopian Biloxi wrong: I never added any Mexican flavor to the mix.

I was still wrapping my head around the fact that there is a vibrant Vietnamese community in this corner of the South, so maybe I could be forgiven for not realizing that all the post-storm construction workers I saw were, in fact, the beginnings of a Mexican community as well, even as I began to see stacks of tortillas next to the bamboo shoots at the Vietnamese market.

So now, with the hopeful but wary shrimp season beginning on the Gulf, I want to pay tribute to Utopian Biloxi one more time.

Inspired in equal parts by Mexico, Vietnam and Mississippi, these tacos borrow tortillas and cabbage from Baja fish tacos, cilantro and quick-pickled carrot and radish from Vietnamese banh mi sandwiches, and marry them with pecans and shrimp -- the pride of Mississippi.

½ small head of cabbage, shredded (preferably red. It's prettier and better for you!)
2 cloves of garlic
1 pound large shrimp, peeled (American wild-caught, please)
8 corn tortillas (for these I like the lightness of a single tortilla per taco)
vegetable oil
salt and pepper, to taste
Sriracha or other chili sauce, to taste
fish sauce or soy sauce, to taste
sugar

For marinated radish and carrot:

(Recipe adapted from the wonderful book "Southeast Asian Flavors"; go ahead and make more than this to have them on hand to give a sweet-tart crunch to anything.)