This week in crazy: Axl Rose

The Guns N' Roses frontman has always been eccentric. But suing his manager for his own failure is just nuts 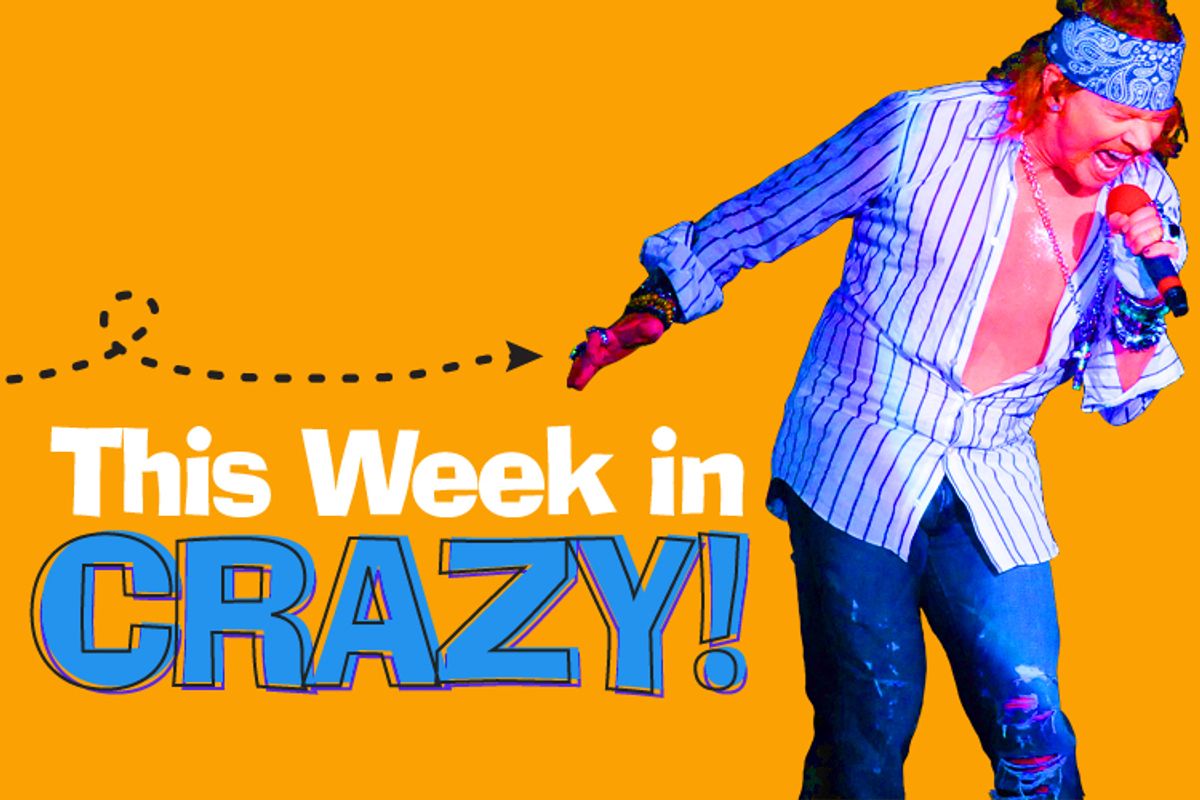 Crazy has always followed Axl Rose. The Guns N' Roses frontman has a colorful history of drugs, allegations of domestic violence, a riot or two and an impressive 20 arrests. Hell, "You're Crazy" was even the name of a single on "Appetite for Destruction." But for the last several years, the man with one of the greatest screams in rock 'n' roll history has been famously quiet. Even when he reemerged with a reformed Guns N' Roses to release the long-awaited "Chinese Democracy" in 2008, his persona has been less that of a head-banging elder statesman than that of the weird guy at the party with the cornrows.

You'd think a guy who took 15 years between albums might take his sweet time coming up with a response to something like that. But no, Rose was swift with his retort, upping the ante and slapping former manager Irving Azoff and Front Line this week with a $5 million countersuit.

If you're not in the mood to read the 28-page document, here's the gist: "Azoff decides and manipulates what artists he wants to promote through favorable touring deals. He uses his power to punish artists and harm their careers if they do not follow his orders." Rose claims Azoff lied about planning a Guns N' Roses tour with Van Halen and deliberately dropped the ball on promoting the greatly awaited (but greatly disappointing) "Chinese Democracy." Why, you ponder, would a promoter fail to promote? Rose alleges Azoff was "devising and implementing a secret plan to set up Rose and the band for failure so that Rose would have no choice but to reunite with the original Guns N' Roses members" like Slash, Izzy Stradlin and Duff McKagan.

Irving Azoff, who in addition to running his own management group, is also the chairman of Ticketmaster and Live Nation, has a history with Rose that could rival Eminem and Kim's. In the space of five weeks last summer, Rose hired and fired Azoff at least three times.

That's why this isn't just about money. This is about two guys and their feelings. Proving that we always hurt the ones we love, Axl contends in his suit that, "Out of spite and vindictiveness to cause Rose emotional distress and harm," Azoff deliberately filed his lawsuit using Rose's childhood name William Bailey, because "Azoff knew that the name William Bailey carries significant emotional damage." Rose has long alleged his adoptive stepfather, Stephen Bailey, physically and emotionally abused him, his mother and his siblings, so for Azoff to put that despised last name on his suit is surely a massive jerk move. But by mentioning it, Rose isn't making a great argument that his own suit is anything but a hissy fit of retaliation.

Does a guy have a right to protect his assets from one of the most powerful men in the music industry? Of course. Is there basis for his allegations? Perhaps. Do countersuits usually contain a prayer for relief "That Plaintiff take nothing by way of the Complaint"? We suspect not.

Rose himself has been keeping mostly mum this week, letting his litigating do the talking. On Thursday, he did post his first message to his fans in over a month via Twitter: a single image of a bug-eyed Chinese dragon.

Rose's estranged band mate Slash, meanwhile, has been more forthcoming, telling VH1 Radio Networks that, "I don't even know what [the lawsuit is] about. I don't know where Axl is coming from." We don't know either, but it's a safe bet it's somewhere near Crazy Town.