Best of Cannes: "Uncle Boonmee Who Can Recall His Past Lives" 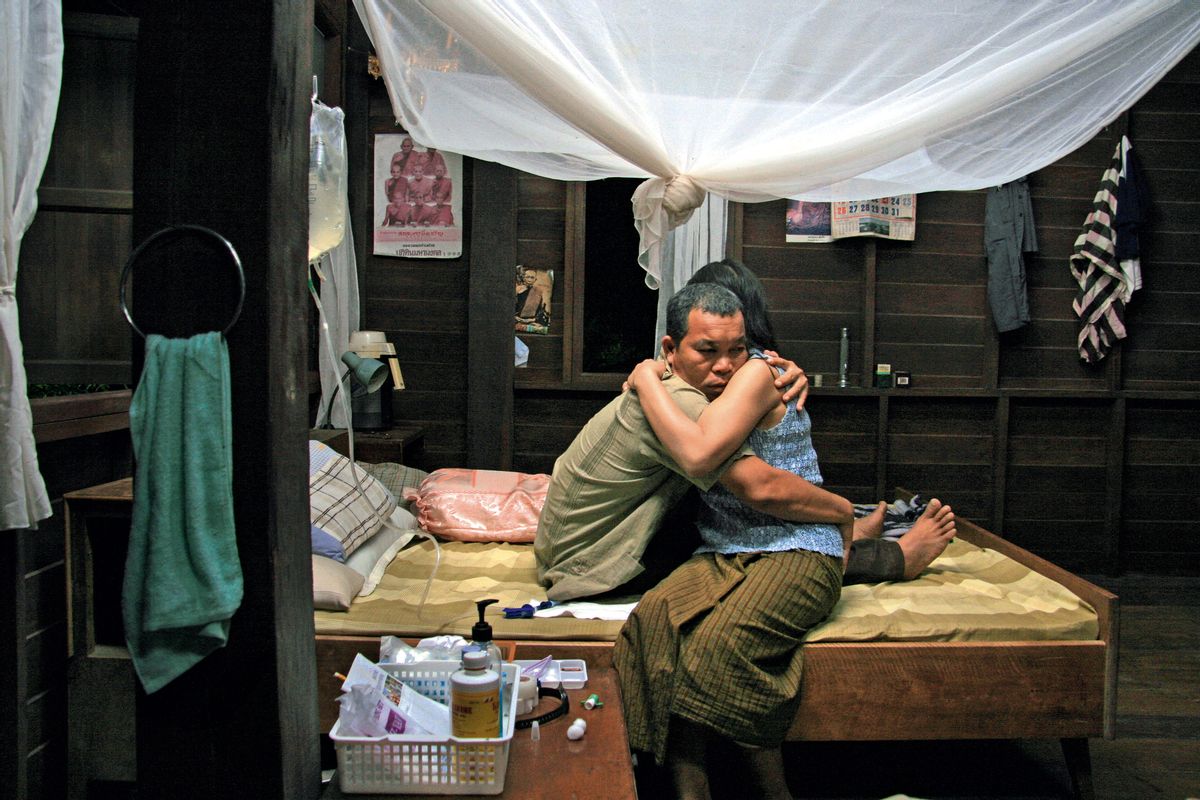 CANNES, France -- Thai director Apichatpong Weerasethakul (out of pity, he lets Western journalists call him Joe) is definitely an acquired taste, but quite a few film critics seem to have acquired it. Apichatpong doesn't exactly tell stories, although he isn't a purely non-narrative filmmaker either. He takes fragments of stories and sets them adrift on his own stream of luscious images, and like a kid releasing boats made of leaves and twigs, he's not overly concerned about where they end up. His previous works, including "Syndromes and a Century" and "Tropical Malady," blend a bunch of seemingly incompatible ingredients: European-style love stories, Thai ghost stories and folktales, Theravada Buddhism, art-school experimentalism (he attended the School of the Art Institute of Chicago), the flat and artless affect of 1970s Asian TV.

Apichatpong's new film, "Uncle Boonmee Who Can Recall His Past Lives" -- now there's a marketable title! -- has become both a sensation and a point of contention at Cannes this year. It was the top-ranked narrative feature in indieWIRE's poll of Cannes critics, and ranked second overall behind Charles Ferguson's financial-crisis documentary "Inside Job." (That's just about the most mismatched double bill I can imagine.) I've heard one prominent American critic call Apichatpong "clearly the greatest filmmaker in the world," while a more acerbic critic imagined a dinner-table conversation back home: "'Honey, what's playing tonight?' 'A two-hour Buddhist tone poem about death, with lots of kidney-rinsing.' 'Call a sitter!'"

"Uncle Boonmee" -- immediately dubbed "Uncle Bonghit" by press-room wags -- offers a somewhat more comprehensible narrative than Apichatpong's previous films, but that's not saying a whole lot. It does indeed concern a man named Boonmee (Thanapat Saisaymar) who is dying of kidney disease on his farm in the remote jungles of northern Thailand, a favorite Apichatpong location. But it's not like we get to know him that well. Possibly the introductory episode involving a runaway water buffalo -- Apichatpong's films always have a fair bit of action before the opening credits, although "action" may not be the right word -- and the interpolated fairy tale about a princess who mates with a talking catfish in a forest pond are aspects of Boonmee's previous lives. I can't be sure about that, but I am fairly sure that's the first human-catfish sex scene in cinema history.

Boonmee's wife and son return to him in his final days, although his wife is long dead and his son mated with a ghost-monkey in the forest and then transmuted into one himself. (I hate when that happens.) Like a lot of Apichatpong's special effects, the red-eyed, jungle-dwelling, Sasquatch-esque ghost monkeys are both genuinely spooky and borderline ridiculous. It's as if he's using the cheap techniques of grade-B Asian cinema to indicate real magic, terror and wonder. In the film's most haunting sequence, Boonmee's dead wife lead him and his sister on a night journey into a spectacular cave. Again, this might be a metaphor for the womb in which Boonmee will be reborn as he continues on the wheel of Samsara, or it might, I guess, just be a dying man's last outing with those he loves most.

I need to see "Uncle Boonmee" again before I try to review it for real -- the last days of Cannes are an awful backdrop for this kind of leisurely, allusive, poetic experience -- but I have no problem with Apichatpong or his dreamlike movies. If you're feeling adventurous, and willing to detach from normal narrative expectations, you might find "Uncle Boonmee" richly rewarding. I do wonder whether there's something odd about the way Western critics have embraced him. Maybe it reflects an ultra-sophisticated form of Orientalism, or maybe it's just "Mekons syndrome," meaning the critic's tendency to overvalue obscure material beloved primarily by other critics.

This is a director with a highly specialized, even unique personal aesthetic, which is likely to appeal to almost no one in his home country (his movies have barely been seen in Thailand) and only to a tiny intellectual elite in the West. Apichatpong is clearly making the films he wants to make, and more power to him. It isn't his fault that 99.9 percent of moviegoers have never heard of him, and wouldn't be interested if they had. But cinema is a public art if it's anything at all, and Apichatpong Weerasethakul is dangerously close to becoming a great artist -- or one celebrated as such -- without a public audience.