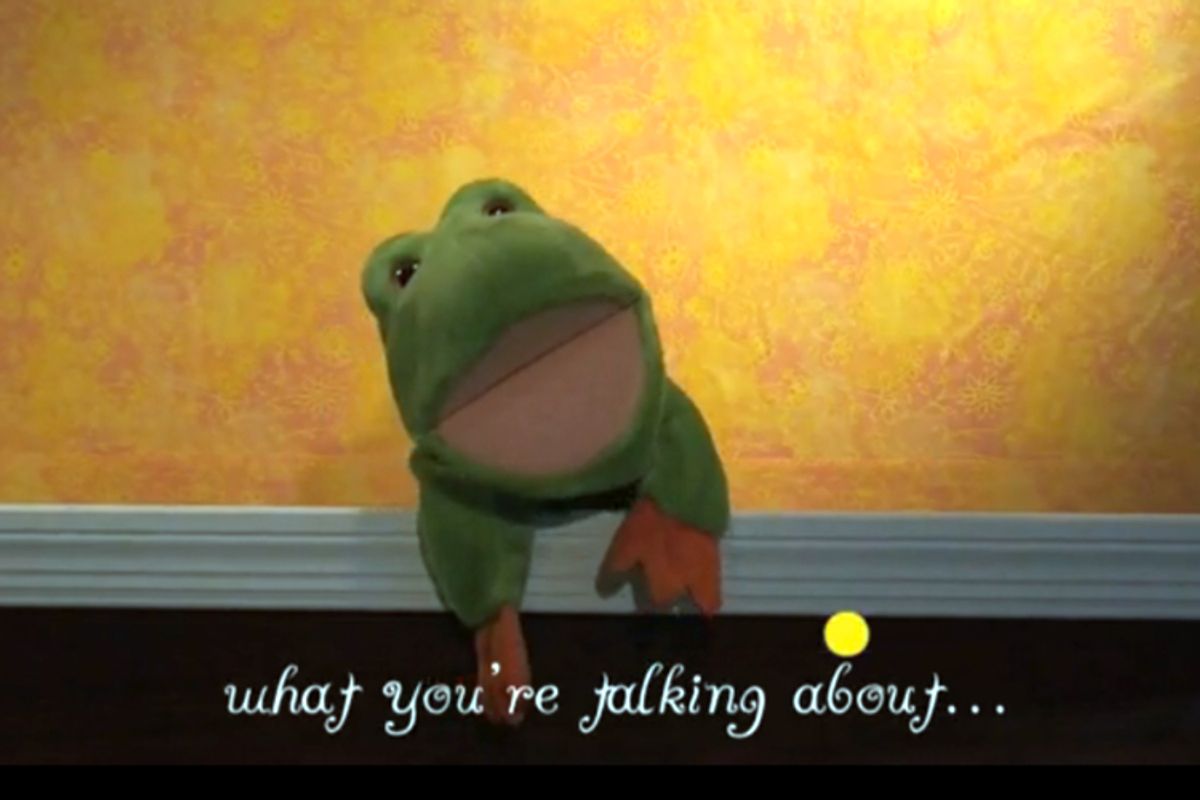 Arizona Governor Jan Brewer is getting a lot of heat from us coastal liberal elites in the lamestream media for taking tough stands like completely caving to the nativist reactionaries and, in Jim Newell's words, just signing "whatever racist pieces of paper the nearby wingnuts put on her desk." But now she's fighting back, with this frankly bizarre ad in which a frog puppet with a bootleg Miss Piggy voice sings a rambling song, with no rhyme scheme or traditional song structure to speak of, about the joy of reading.

See, Eric Holder and Janet Napolitano haven't read the immigration bill. Of course, as ThinkProgress points out, John McCain hadn't read the bill either. And obviously they were all briefed by professionals on the contents of the bill.

But the best part is that there's nothing to suggest any of the legislation's supporters in Arizona read the damn bill, either. If they had, they wouldn't have needed to pass changes to the bill to fix the problems with the first one that they loved so much.

On the other hand, this singing anti-immigrant frog makes some very compelling points.