The pop star's robotic tweets make her the most followed celeb. It's a defeat for Ashton Kutcher -- and humanity 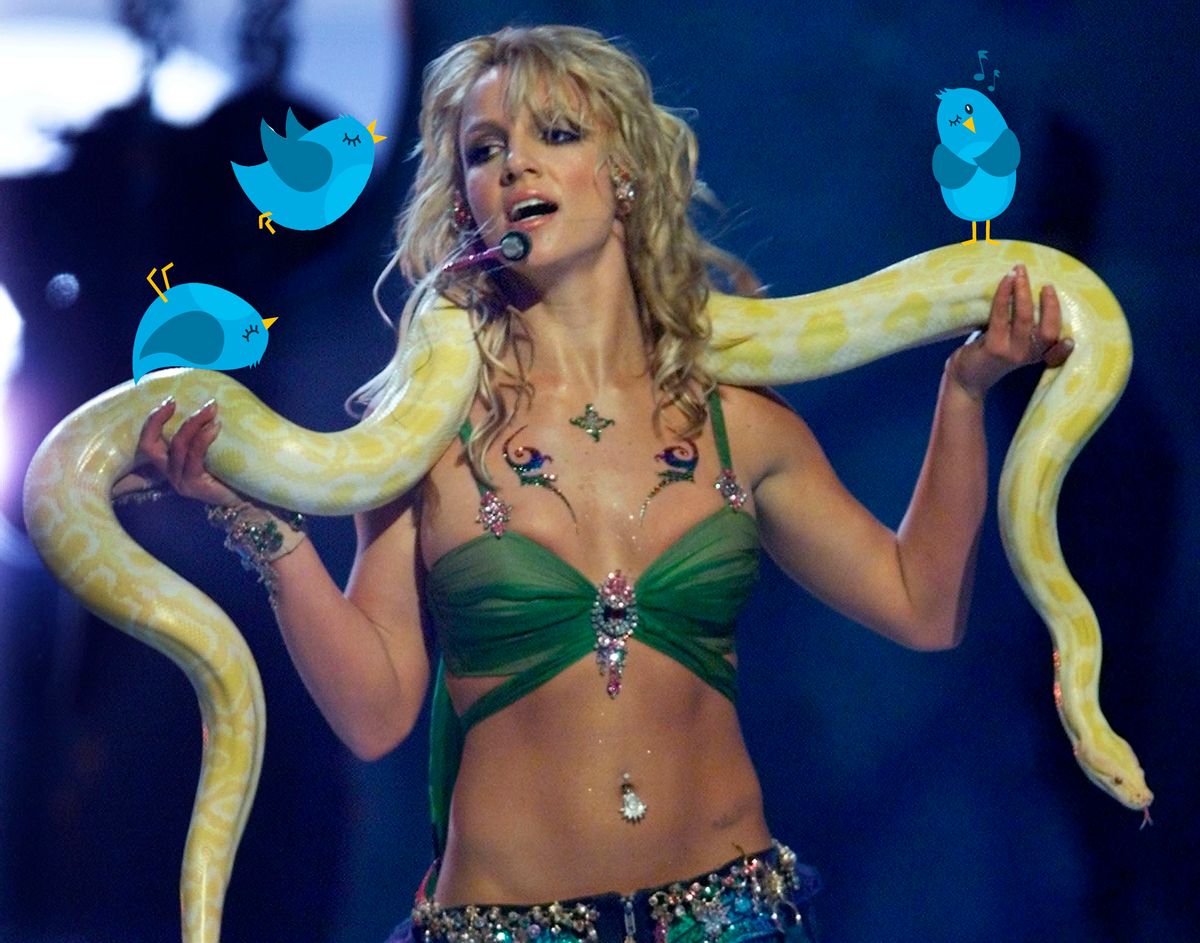 Surrender, humans -- the bots have won. In case you needed confirmation that corporeal existence is rapidly becoming optional, consider the story of a sad, sudden Twitter vanquishment.

Not so very long ago, Ashton Kutcher ruled unchallenged, an unstoppable Twitter force and the first person to acquire a million followers (a number that, by the way, seems downright quaint just a year later). And he did it the old-fashioned way: one quirky, personal tweet at a time. Sure, Kutcher will gladly use the medium to remind you that he has a new movie coming out in June, or when he's doing Letterman, but he also sets the bar for celebrities on how to shill oneself while giving something back. Whatever you think of the guy as an actor, his tweets are a sweet, enthusiastic and authentic means of communication with his fans and critics. Kutcher's the guy who will tell you what he had for breakfast (it might be a milkshake), post a backstage photo, and politely agree to disagree with a follower over violence in video games.

Yet just as he's rearing up on 5 million followers, whose dust should Mr. Demi Moore find himself eating but none other than Britney Spears. As Mashable reports, Spears has in recent days squeaked past Kutcher for supreme Twitter domination.

Spears is a bigger celebrity, it's true. And if you were laying odds on a person likelier to have the sort of late-night, incoherent tweet meltdown that makes for lively reading, you'd think the smart money would surely be on Spears. But you'd be mistaken. Because the real victory here isn't for either person; it's for one of their personae. Spears' account, you see, is managed by "her team," and consists almost exclusively of bland publicity updates. She's barely posted at all since January, and several of the few updates she does have are from her manager Adam. You won't get any Kevin Smith-like rants about getting kicked off a plane from this lady, no surreal Mindy Kaling-esque ruminations, no Lindsay Lohan-ish family spats. Just bland corporate data, in easily digestible nuggets. And 4,946,411 followers.

But as any recently bailed-out, multinational corporation could tell you, numbers don't always tell the whole story. Who are these zillions of people following Britney's committee-generated tweets anyway? Plenty of seemingly real people who may exist in the offline world, to be sure -- and a big fat pool of "premium t-shirt special!" and "listen to free music!" accounts. And the unnerving thing about all these dubious Twitterers -- whether they're the ones promising a "FREE LAPTOP" or asking, "Are you voting for Brit in FHM’s 2010 Sexiest Women In The World?" -- is how easily they appear to be thriving without our meaningless human intervention.

No one can take away from us the very real, funny and sometimes very moving moments of connection that social media afford on a daily basis. Nor did anyone ever promise us when we got online that the Internet was created for the sole purpose of fostering dialogue and friendship. But we're at a point now where the signal is under heavy threat by the noise of promotion just talking to other promotion, where you can say essentially nothing and get 5 million followers, many of whom are also essentially saying nothing.

All of which prompts the question: Does Britney's much-reported-upon Twitter win prove anything about anything? Does it translate into album sales or sold-out tours or telling anybody anything interesting or new whatsoever? Because I forgot: What are we supposed to be optimizing here again, anyway? Or is it enough to declare that whoever dies with the most followers wins … something? Just have your bot follow my bot, 'mkay?

Spears may be merrily wearing her new crown today, but her conquest Ashton Kutcher doesn't seem to mind his demotion to second-rate status. As he posted Sunday -- on Twitter of course -- "I don't care." It may not be much of a statement, but maybe all that really matters is the simple idea that somewhere, a guy with a phone and an opinion really did say it.