For Vitter, two sets of rules on publicizing oil spill

The Louisiana Republican doesn't want Democrats talking BP on TV, but he doesn't mind if he does 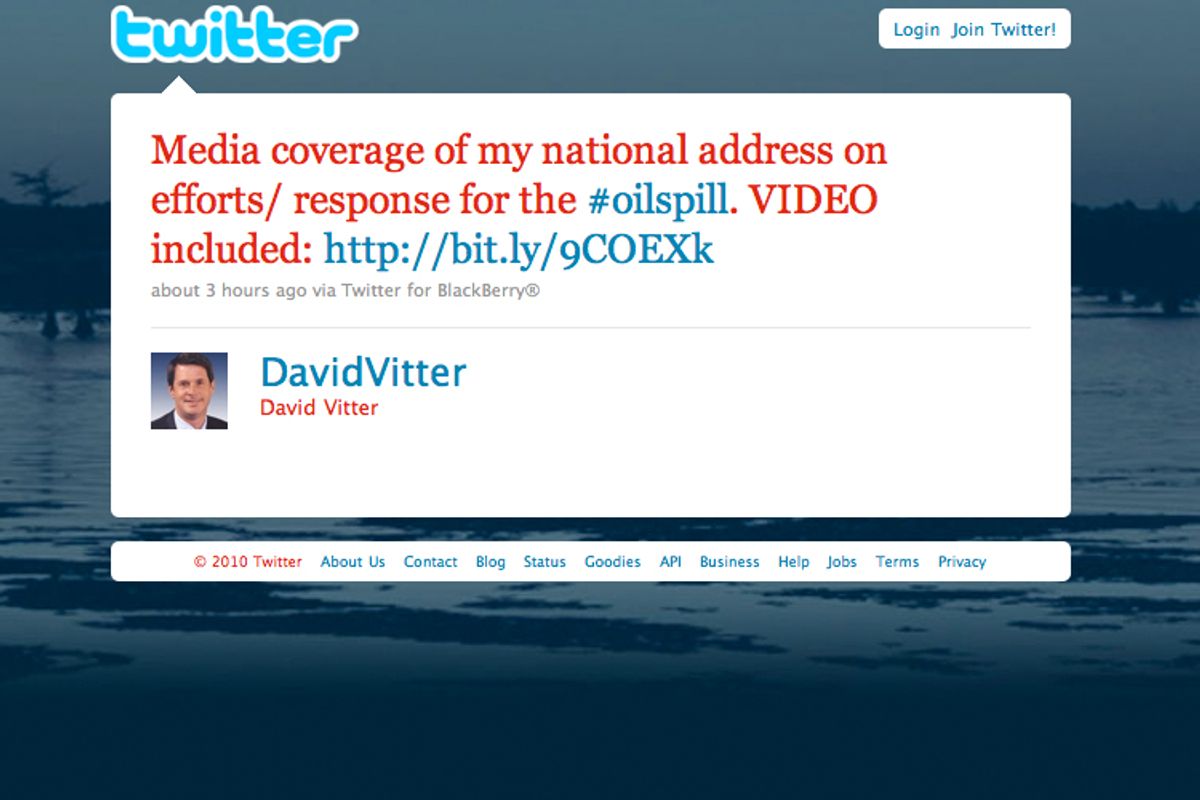 It’s so frustrating to many Louisianans that while the crisis actually continues in the Gulf -- while we’re still fighting to contain the well -- Washington Democratic Committee Chairmen have rushed to create media events for television cameras instead of devoting full attention to stopping the immediate problem.

Media coverage of my national address on efforts/ response for the #oilspill. VIDEO included: http://bit.ly/9COEXk

What was that about creating media events?