Halter only one of the "replacements" who could save Dems

In a handful of races, the party has replaced doomed incumbents on the ballot. And the results are encouraging 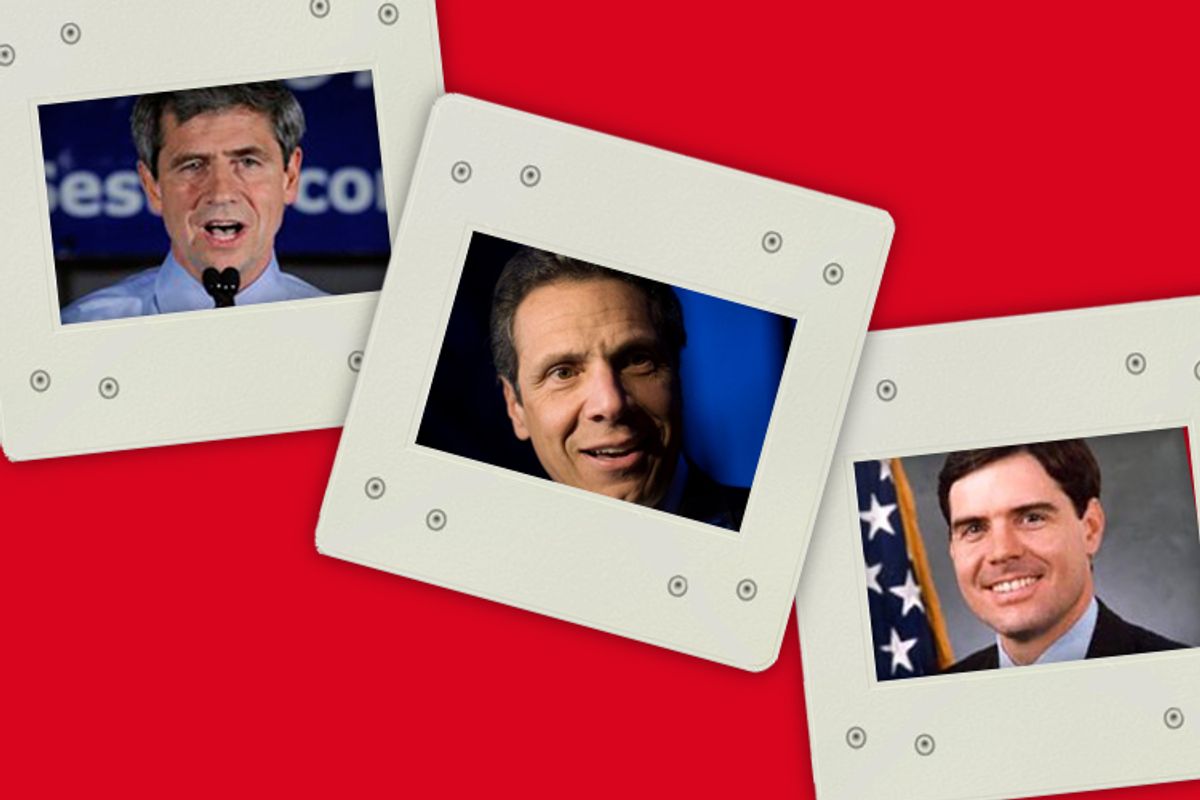 Here's one simple way for Democrats to enjoy a better-than-expected November: throw out their own incumbents before the voters get the chance to. In some of this year's marquee races, the party has done just that, and the early results are encouraging.

Take the crucial Pennsylvania Senate contest, where Republican Pat Toomey essentially spent the last year running ahead of Arlen Specter, who had been the presumed Democratic nominee. The Democrats who were propping up Specter insisted he would be the party's best general election bet, even though his 30 years in the Senate seemed to clash with the public's anti-incumbent mood. Specter, of course, lost last week's Democratic primary to Joe Sestak -- and Sestak has, at least in the initial post-primary polling, opened a small lead over Toomey.

Sure, it could simply be that Sestak, who was barely known to Pennsylvanians even on primary day, is enjoying the kind of bounce that often accompanies generally positive saturation news coverage. But it's also easy to see that in opting for him over Specter, Democrats made a smart fall bet.

The very attributes that were supposed to make Sestak an easy mark -- his lack of name recognition, experience and polish -- are all working for him right now. He's been in Congress since 2007, but he feels new to most Pennsylvanians. In the last week, he's been introduced to them as a gutsy outsider who took on the Democratic establishment and knocked off a calculating, five-term incumbent. This image is a perfect match for the moment, with marginal voters frustrated with the ruling Democrats (part of the buyer's remorse nature of most midterm elections) and furious with the Washington establishment in general. It's almost impossible to conceive of Specter keeping these voters in the Democratic fold in November. But Sestak at least has the potential to.

Democrats in Arkansas may be on the verge of a similar switch-out, with Blanche Lincoln potentially facing defeat in a June 8 Democratic runoff. As with Specter, national Democrats have touted Lincoln as their best -- and maybe only -- hope of holding on to the seat. By conventional standards, this would probably be true: She's succeeded in conservative Arkansas in part by defining herself in opposition to the national Democratic Party on key issues. But in 2010, the evidence suggests, Arkansans don't see her as a "centrist." They simply see her as a Washington insider -- and a member of the party they're already inclined to vote against.

Her Democratic foe, meanwhile, would ordinarily be seen as too liberal to win in the fall. Lt. Gov. Bill Halter has received substantial support from organized labor and from national liberal groups that are angry with Lincoln. Halter has avoided using the "l-word," but he's been running against Lincoln from the left. And yet, last Tuesday's preliminary election returns -- which showed Halter besting Lincoln in conservative pockets of the state -- suggest Arkansans don't see him as a lefty; they see him as an outsider. And that reputation will only grow if Halter manages to knock off Lincoln on June 8. Winning in the fall would still be tough, but Halter -- like Sestak -- clearly offers his party its best chance.

This same game can also work at the state level. Take New York, where state Attorney General Andrew Cuomo formally announced his gubernatorial candidacy over the weekend. Cuomo is only running because the incumbent, David Paterson, has been rendered politically toxic, in part because of his own blundering and in part because of voters' general rage toward Albany. Cuomo, despite his pedigree, has managed to craft an outsider's image, using the A.G.'s office to score enviable headlines while avoiding the taint that comes with dealing with the Legislature (or grappling with the state budget). Paterson would lose to just about any Republican this fall, but Cuomo -- in polling released on Monday -- leads each of the three prospective GOP candidates by more than 40 points.

Or there's Colorado, where first-term Democratic Gov. Bill Ritter declined earlier this year to seek reelection. Like many other governors, he'd seen his numbers drop as the economy and his state's budget woes worsened. A poll last week gave Ritter an approval rating of just 34 percent. And yet that same poll found the Democrats' replacement candidate, Denver Mayor John Hickenlooper, notching a favorable score of 47 to 33 percent. In a general election trial heat, Hickenlooper and Republican Scott McInnis are tied at 44 percent -- a far cry, no doubt, from where Ritter would be if he'd stuck it out.

In most races this fall, Democrats will be handicapped by their party affiliation. But by replacing embattled incumbents with "outsiders," they can level the playing field in some crucial ways.

That said, this approach will probably be of limited use to the party this year. For one thing, the Democratic establishment (just like the GOP establishment) instinctively rallies around its incumbents. So efforts from the party's leadership to nudge aside vulnerable incumbents have been (and will continue to be) limited. Democrats were able to gently persuade Chris Dodd to give up in Connecticut back in January, but that's been the exception, not the rule.

Then there's the calendar. Sestak's electability advantage (and potentially Halter's) has come as a genuine eye-opener to many Democrats. Only now are they recognizing how poisonous incumbency really is this year. You can argue that they should have seen it coming -- it's pretty clear, for instance, that Democrats would have had a better chance in last year's New Jersey gubernatorial race if they'd replaced the doomed Jon Corzine with former acting Gov. Richard J. Codey -- but as a practical matter, it's now too late to organize credible primary challenges in most states and districts.

Still, if Democrats end up holding on to the Pennsylvania or Arkansas seats (or both), it almost certainly would be enough to save their Senate majority -- rather impressive, considering the party establishment's warning that throwing out incumbents would jeopardize both seats.