She says liberal bias made right-wing supporter write that he'd had an affair with the S.C. gubernatorial candidate 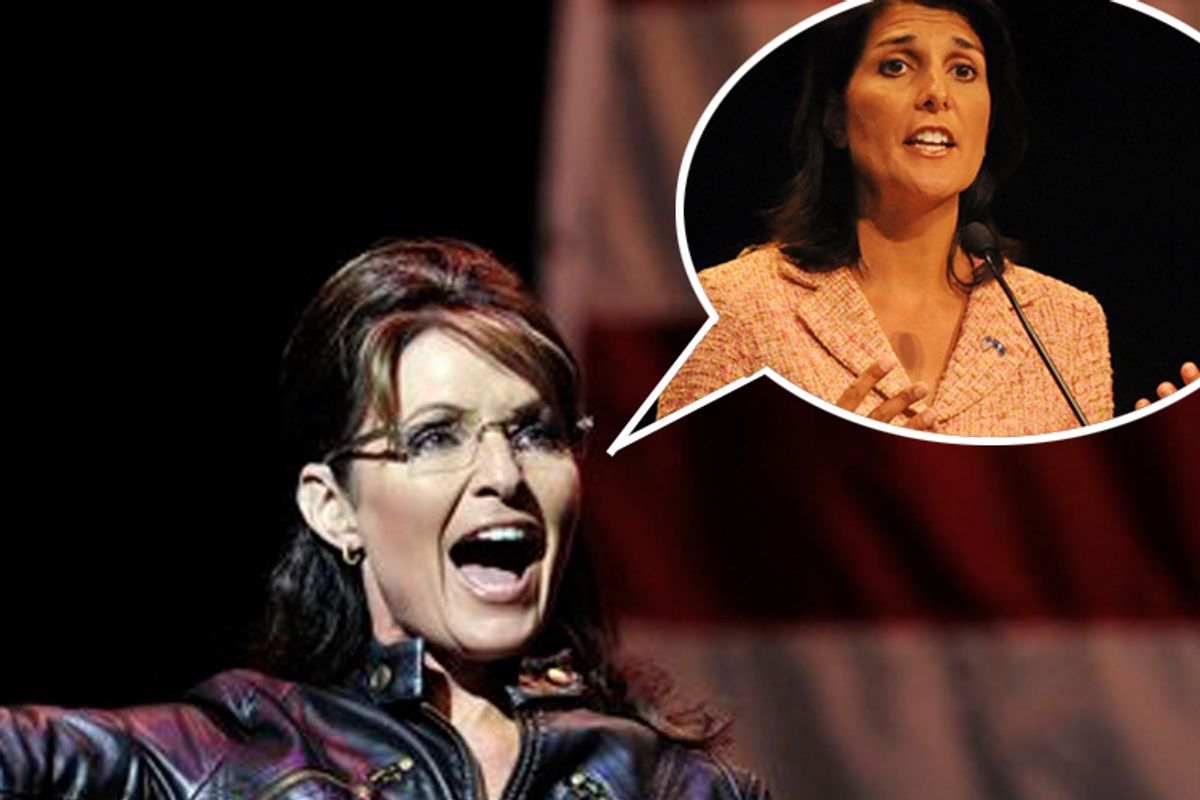 Will Folks, right-wing blogger and former spokesman for South Carolina Gov. Mark Sanford,  just told the world that he had an inappropriate relationship with Rep. Nikki Haley, a Republican candidate for governor.

In the world of Sarah Palin's horribly ghost-written Facebook page, though, he is some random, unnamed "political blogger" working hand in hand with "a corrupt political machine." Palin is careful not to explicitly call Folks a liberal blogger, but she's obviously encouraging that reading:

South Carolina: don't let some blogger make any accusation against your Nikki if the guy doesn't even have the guts or the integrity to speak further on such a significant claim. And don't believe anything a liberal rag claims or suggests unless the reporter involved has the integrity and the facts to report to you so you can make up your own mind. For traditional media to rely on an accusation via some blog entry is almost laughable, but I know the seriousness of it because that's exactly what my family and colleagues have had to put up with, every single day, for the past couple of years.

In reality, Folks not only supports Haley's candidacy, he was even on her campaign payroll in 2008. He didn't spread a rumor of an affair, he said he was the other party in the affair.

This is more like Rielle Hunter blogging that she slept with John Edwards before the Enquirer could report it, only Folks seems slightly more credible than Hunter.

Ben Smith says this fast response to allegations that had nothing to do with Palin is "a mark of how good Palin's media instincts sometimes are."

Deciding to mislead people in a rambling, self-pitying fashion is pretty instinctual for Sarah Palin at this point, but I'm not sure how much credit we can actually give her for these attention-grabbing Facebook missives. As her father revealed to the New York Times, Sarah does not "make the decisions."

Mr. Heath said he was careful about nudging his daughter toward the things that interest him.

"I don't want to push the wrong button with Sarah," he said. "Besides, she doesn't make the decisions. Let me retract that. I'm sure she thinks them over and she has a lot of say as to yes and no."

So who decided to make sure this Haley affair story got way, way more national play? Todd? Willow?