Did the White House try to bribe Joe Sestak? Or are Republicans just looking for something to investigate? 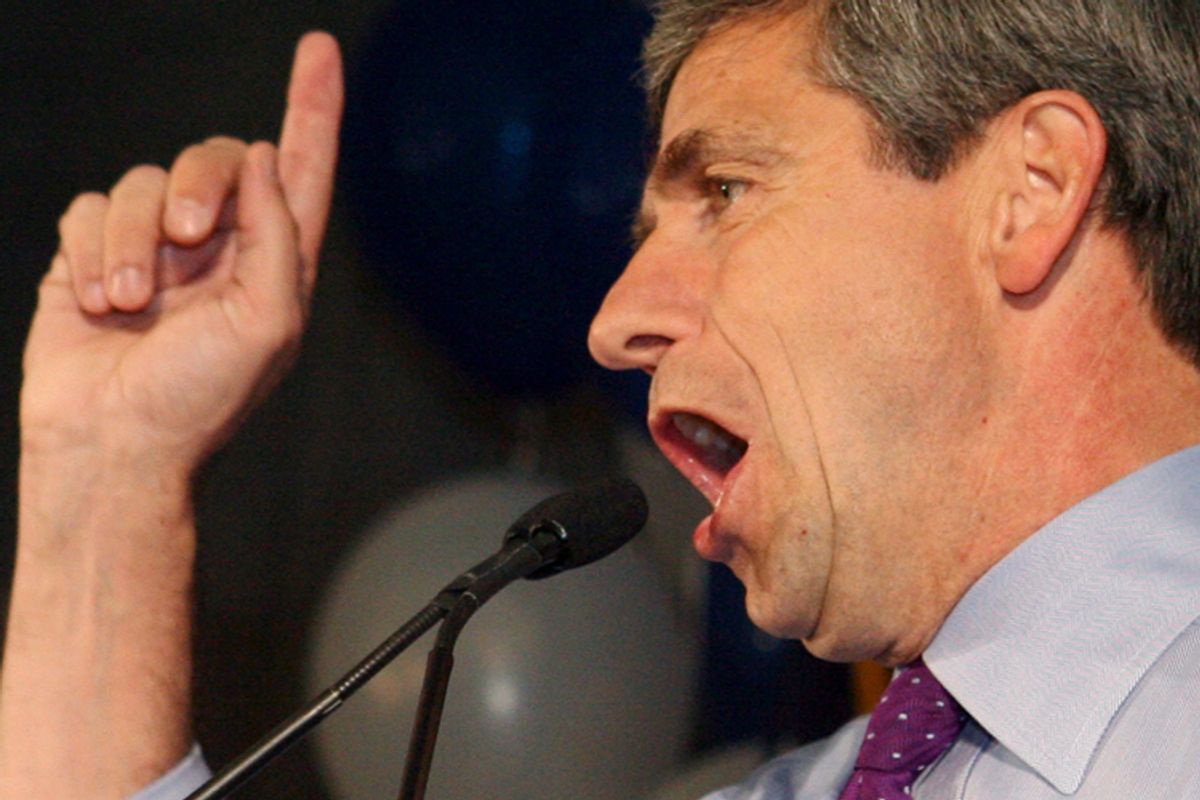 Now that Joe Sestak is the Democratic nominee for U.S. Senate from Pennsylvania, it is time to learn about the bizarre pseudo-scandal surrounding him that has consumed California Republican Rep. Darrell Issa.

Back in February, Sestak off-handedly mentioned that, last July, he was offered a job by the White House if he would agree not to run against Arlen Specter in the Democratic Senate primary. Darrell Issa would like to appoint a special prosecutor to investigate this serious "bribe."

The RNC is making the supposed bribe the subject of press releases, Sestak and Robert Gibbs both fielded questions about it on the Sunday morning shows, and their non-answers made the papers today. In other words, this is going to be an issue for a while. Whether it goes away depends primarily on whether the Republicans think they can get anyone outside of Fox Nation interested in it. Which may be a problem, because the story is pretty thin:

This is more of a sneak preview of what a Republican-led House would busy itself with, actually. Constant, endless investigations into whatever might make headlines. They did it to Clinton, they're sure they can do it again.