A Southern songstress with a brass pair

Elizabeth Cook sings about mullets, hipsters, sleeping with drunks and how "it takes balls to be a woman" 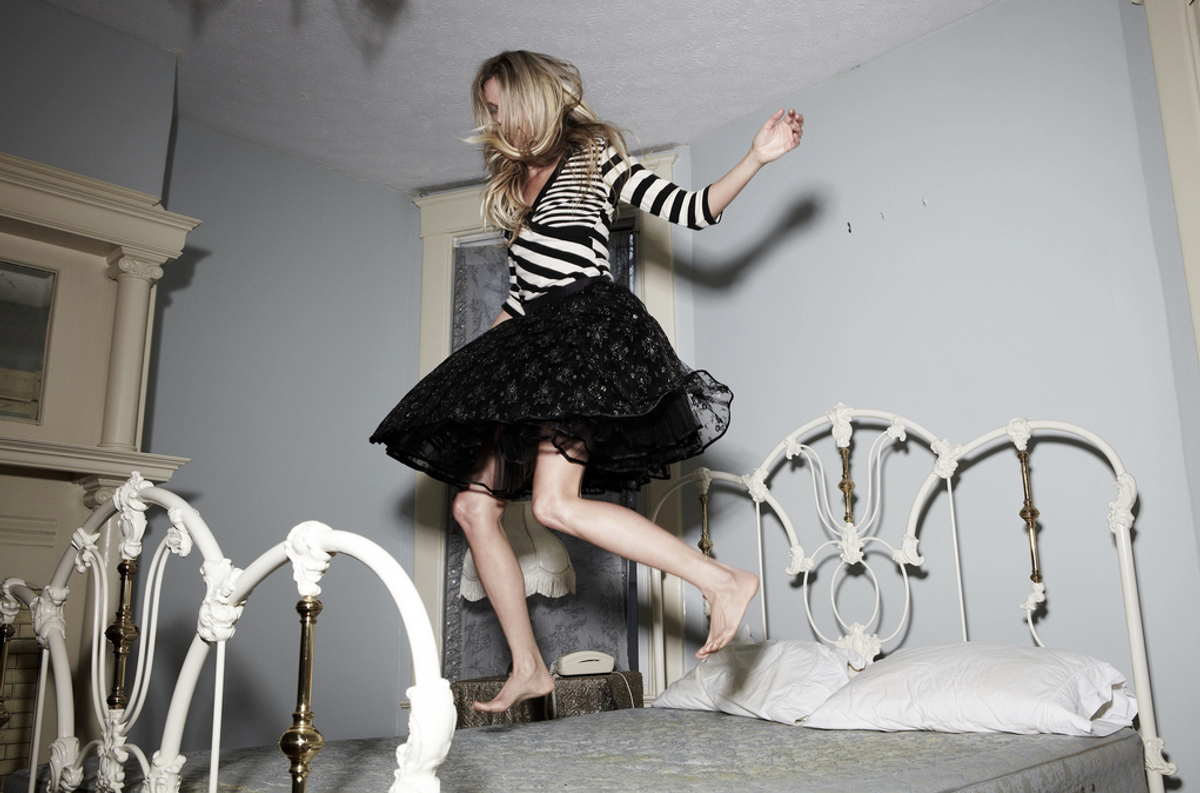 The other night, while washing dishes, I could have sworn I heard Dolly Parton on my radio telling some story about her daddy selling moonshine. It wasn't Dolly, but Elizabeth Cook, who has a sweet Southern twang, serious songwriting skills and a pretty good set of brass ones, if she doesn't mind saying so herself. In fact, "Balls," as in "Sometimes It Takes Balls to Be a Woman," was the title of her previous record, released in 2007 (you can see the video, in which Cook dances in what looks like a wedding dress outside an auto body shop here). Her fifth record, "Welder," was released earlier this month. Cook isn't a welder, but her daddy is, "courtesy of the the Atlanta federal penitentiary," where he spent some time for selling moonshine. He joined a prison band, then later met her mother, also a musician, and the two played bars together, their young daughter in tow.

Many of the songs on the record are slapstick hilarious: "El Camino" is an ode to the driver of a '72 brown and tangerine, "low and obscene" car of the same name ("We were making out in the disco era," she sings, "he was Travolta and I was Farrah," before concluding with the inspired rhyming couplet: "If I wake up married, I''ll have to annul it/Right now my hands are in his mullet.") Many women will recognize the hipster dude she describes in "Rock 'n' Roll Man," (he's got "all his money tied up in guitars," with a "tip bucket by the microphone stand," and "likes to talk about Elvis, but only the Sun years"). Unfortunately, even more might know just exactly what she's talking about in "Say Yes to Booty" when she sings: "When you say yes to beer, you say no to booty. If you've slept with a drunk man you understand, it's not that hard." On the other hand, the song "Snake in the Bed" seems even funnier because it doesn't seem to be so much a double entendre as it is a warning about the possible hazards of sleeping on a pull-out couch in the country.

But Cook's songwriting has serious range: "Heroin Addict Sister" uses her knack for details to create a heartbreaking portrait of a loved young woman who shoots "the devil's DNA" and comes home "asking for her mama's bathrobe and a pot of potato soup." In "Mama's Funeral," a family gathers around the porch swing to look at the paint worn down by their mother's feet. Cook also covers "I'm Beginning to Forget You," a song written by her mother, Joyce, soon after her first husband left her alone with five small children.

Besides making records and touring the country, Cook also hosts "Apron Strings," each weekday on Sirius radio, in which she "chit-chats" about aspects of her daily life, like making music, being on the road, and missing her cat and her bathrobe. We caught up with her just after her morning radio show taping and just before she got back on the road for her nightly gig.

You were raised by country musicians and you've played everywhere from the Grand Ole Opry to folk festivals to rock festivals. Is there a more eclectic audience for country music in your generation than there was for your parents' generation?

At last night's gig, we had some old punk rock guys, then these total country boys, tattooed-up roughnecks, then older well-heeled couples and intellectuals. So hipsters, intellectuals, folkies, hippies, it's absolutely across the board. People are generally more diverse. Everyone has a richer, more unique experience. Just because you live in some town doesn't mean you live a stereotypical life from that town. Yet at the same time, people are nostalgic for where they come from. That's why the old-school country sound is still viable. Longing for a simple, more innocent time.

And are your influences diverse?

My first concert my parents took me to, when I sat on my daddy's knee, was Conway and Loretta. The first concert I went to where my daddy drove me and three of my girlfriends and sat in the parking lot while we went inside was Madonna on the "Like a Virgin" tour, with the Beastie Boys as the opening act. MTV came on the air when I was coming of age, and they had Michael Jackson and Bruce Springsteen, everything on the same channel; there wasn't so much focus on the genre issue. I knew all the words to Merle Haggard and Tammy Wynette songs, but found pop music very exotic.

Madonna is obviously a huge generational touchstone for women musicians in terms of pushing the boundaries of what one can say in a song, owning your sexuality, and all that. Do you have any thoughts on what you've taken from someone, like, say, Madonna, and singers like Dolly and Tammy and Loretta? Do you feel there are things you can say that they couldn't?

The thread is that they all represent themselves in an open, honest way. I think a lot of women struggle with it. We use different terminology now but it's all saying the same thing. "Say Yes to Booty" is "Don't Come Home a Drinkin' With Lovin on Your Mind." It's all the same message; just different ways of saying it.

Something about that "Snake in the Bed" song sounds like the snake in question was more literal than metaphorical.

It's actually 100 percent true. I was at Georgia Southern; I was sick, I was sleeping downstairs on a foldout couch-bed and I thought I would catch up on some schoolwork. I had my backpack sitting by the sliding glass doors in our little condo and I went and dumped my whole backpack out on my bed. I was laying back, sorting through folders, and this little black thing went wiggling down my leg. I completely freaked out and ran and got the neighbor. He was a big old strapping country boy and he was such a wimp about it. We both ended up taking the sheet out and shaking it out. But I actually wrote the song after watching Bush's State of the Union address in 2005 or 2006. It's somehow metaphorical; I don't quite understand it myself.

Something about watching George Bush address the nation made you think of a black snake in the bed?

It just seemed like there was some trickery going on.