Yet, many responses to news of a declining global infant mortality rate are not so positive 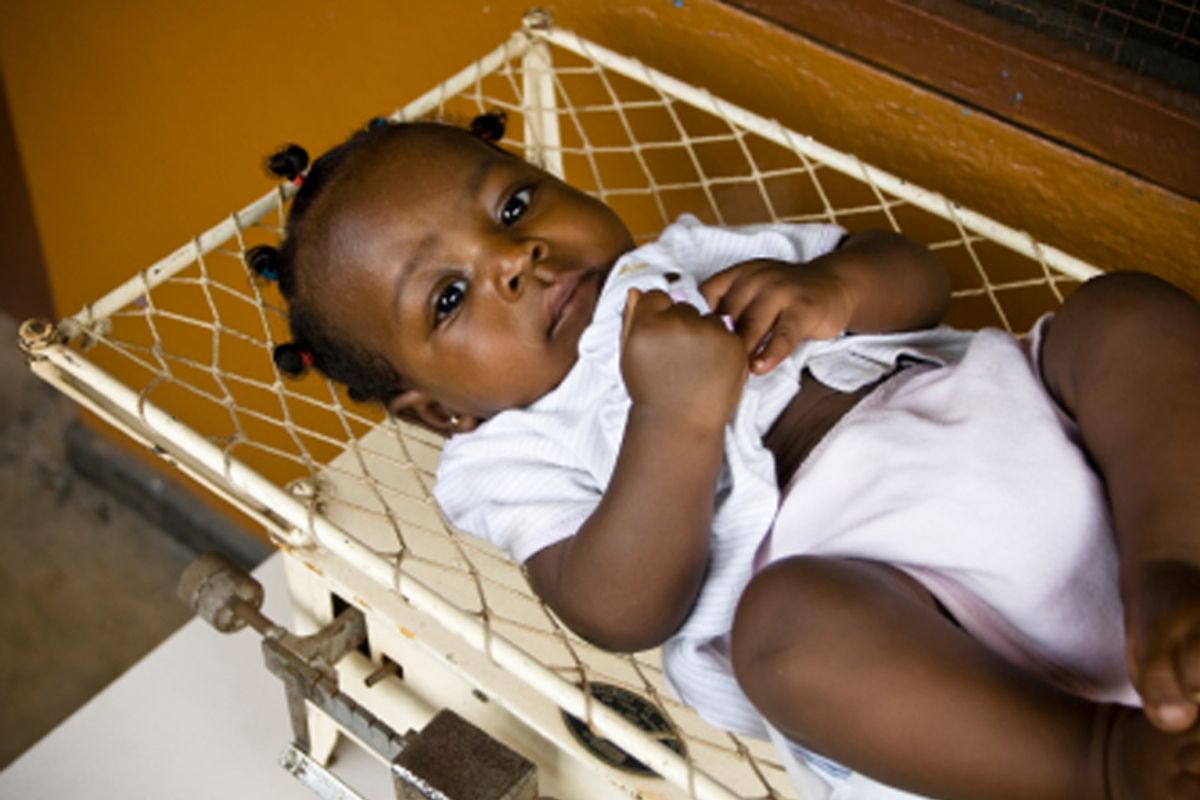 Worldwide, death rates of children 5 and younger have fallen sharply over the past 20 years, according to a new study to be published by the British medical journal the Lancet. Funded by the Bill and Melinda Gates Foundation, the research shows particularly significant declines in early child mortality in Latin America, North Africa and the Middle East. Its authors credit such advances as increased vaccination rates, better healthcare, increased education for women, and the use of such inexpensive but effective tools as mosquito nets to protect against malaria.

Although 7.7 million children under 5 still die each year around the globe, and those deaths are distributed in a pattern nobody would call equitable -- newborn deaths per thousand are 2.5 in Singapore and 180.1 in Equatorial Guinea -- this is clearly an impressive improvement, a much greater reduction in child death than the study's authors had expected.

Good news any way you slice it, right? Yet if you read the comments after the New York Times article reporting the new numbers, at least half the responses are negative. Who would be against fewer babies and young children dying?

A close read of the Times reader comments finds a sizable group citing reasonable, general fears of overpopulation, mentioning natural resources, man-made climate change, etc. Many of these call for increased family planning efforts, including loosening of antiabortion laws that in many cases are propped up by U.S. international aid pressures. These folks make valid arguments that having fewer babies is the best way for women in historically poor countries to begin to take control of their lives -- a point that most people would agree with, although those who study population, fertility and women's issues point out that education is the key factor here, perhaps even more important than contraception. As Elaine Tyler May writes in her recent history of the birth control pill, one noted population researcher, Sheldon Segal, said "if he had one dollar to spend on population control efforts, he would spend it on the education of women."

Still, these comments are benign musings -- they're pro-choice and also pro-child -- nothing like the ugliness spouted by the other type of population pessimists: those who warn of an earth overrun by teeming hordes of babies, "unchecked by natural selection," as one commenter writes. Natural selection: Is that what we're calling global income inequality these days? Not that a lot of these comments made their way to the Times -- but a quick read through less genteel online articles about global population issues, not to mention immigration laws right here in the U.S., quickly leads to examples of the "they have too many babies" argument. Dan Stein, director of the Federation for American Immigration Reform, which the Southern Poverty Law Center has classified as a hate group, has reportedly warned of the "competitive breeding" Latinos and others engage in, presumably to topple the white race from its position of supreme power. (For the record, Stein claims he was misquoted.) If such folks would be happy to see fewer black and brown babies, many of them (like Fox News anchor John Gibson) absolutely welcome more rich, white, American babies. You know, to balance out a growing population disparity that might make it even harder to "take back America."

Debates about population have always had an unfortunate tendency to veer into eugenics. Even Zero Population Growth, the venerable movement that now has a squeaky-clean image ("education and action for a better world," reads its website), once brought together those advocating women's reproductive rights and those uncomfortable with the implications of burgeoning birthrates in what birth control pioneer Margaret Sanger called "poverty-stricken slums, jungles, and among the most ignorant people." These are not concerns about the fate of children born into poverty; they're the fears of the comfortable, contemplating what they see as a fertile source of social unrest, economic competition and war. For people in this mind-set, the high death rates in poor countries represent a regrettable but useful brake on overpopulation; efforts to preserve the life and health of babies in the developing world are well-meaning but misguided do-gooderism (even though when death rates go down, epidemiologists say, so do fertility rates, even if it takes a while).

So there's really no getting around it: The falling death rates among the world's children, especially in the poorest places on earth, is nothing but good news.