The case for big government: Faster economic growth will make it easier to bring down the deficit 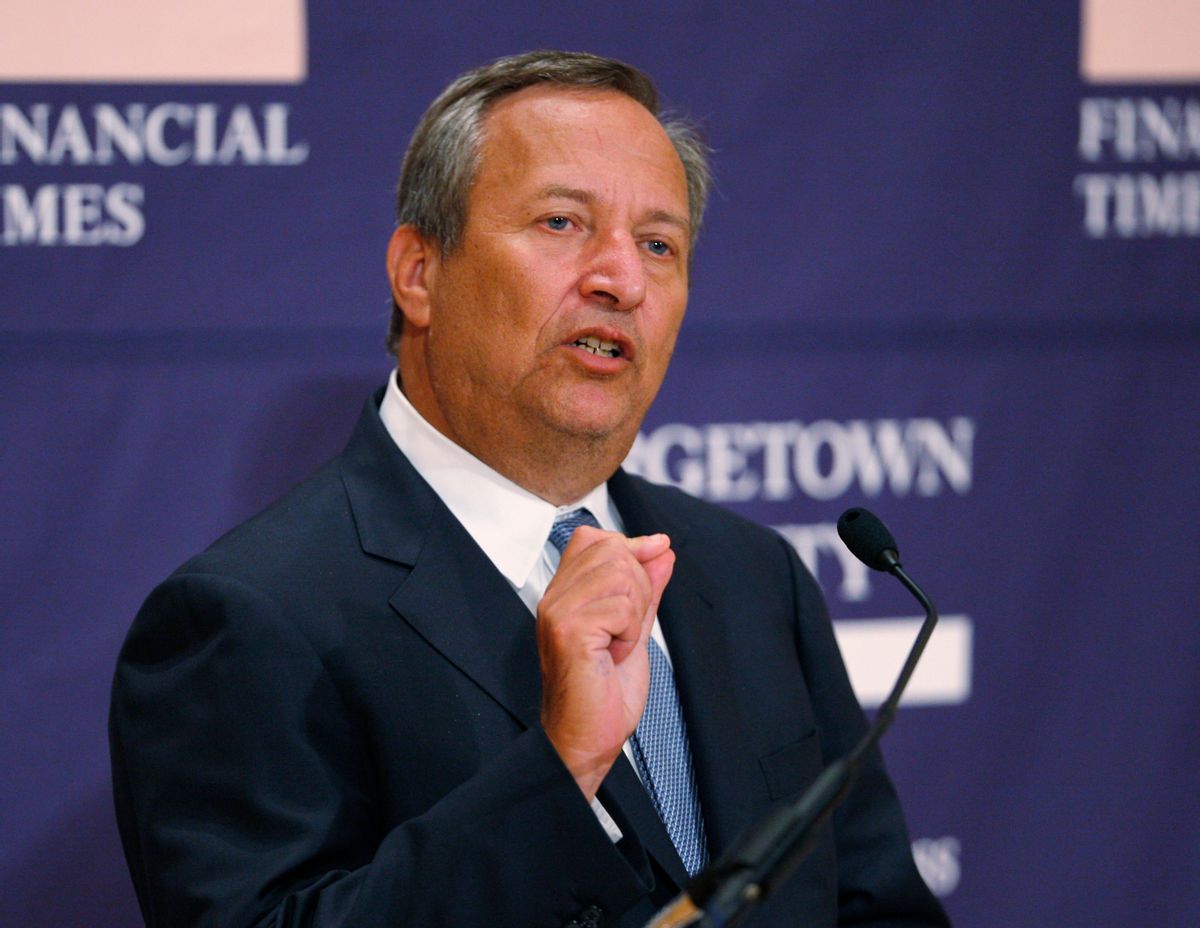 Imagine if a top White House economic adviser gave a detailed, serious speech on the most pressing economic policy question currently facing the United States: How to accelerate and deepen the economic recovery while operating under near-crippling budgetary restraints. Imagine if the upshot of that speech was a clear call to Congress to spend an additional $200 billion dollars more on a package of stimulus measures.

That would be pretty big news, right? Edward Luce and James Politi at the Financial Times thought so:

The Obama administration made a strong plea to Congress on Monday to grit its teeth and pass a new set of spending measures -- dubbed the "second stimulus" by some economists -- in order to help dig the economy "out of a deep valley."

As Brad Delong informs us, the Washington Post's Dana Milbank saw things differently. In his report on a speech given Monday by Larry Summers to the Johns Hopkins School of Advanced International Studies, "Summers needs to take Explaining Econ 101," the columnist complained about "a lot of econo-speak that could only baffle Americans worried about finding or keeping a job."

Shocking -- an economist communicating in econo-speak! Hey Dana, maybe your job is to help those baffled Americans understand what Summers was trying to say. I read the remarks, and I'm no particular fan of Larry Summers, but to my mind he delivered a cogent, tightly argued defense of the necessity for added stimulus even though the U.S. economy has started to grow again and the government is laboring under the constraints of a huge deficit.

That's a big deal. Even when the annual deficit isn't pushing $1.5 trillion, making the case for more government spending is a politically fraught challenge. But Summers was clear. Especially in light of what's currently happening in Europe, the best option for the U.S. right now is to give ourselves more options by stimulating economic growth to the best of our ability.

I cannot agree with those who suggest that it somehow threatens the future to provide truly temporary, high-bang-for-the-buck jobs and growth measures,. Rather, assuring as rapid a recovery as possible strengthens our future economy, our future prosperity, with many benefits, including a greater ability to manage our debts.... Spurring growth, if we can achieve it, is by far the best way to improve our fiscal position.

The converse is also true. A failure to keep the economy growing is a recipe for disaster. For a reminder why this might be true, one need only look at what's currently going on in Spain, a country laboring under 20 percent unemployment. According to Wall Street Journal, this week the International Monetary Fund "issued an unusually blunt warning to Spain that it needs a 'radical overhaul' of its labor laws, a 'bold' reform of its government pension system and accelerated consolidation of its banks to stave off the kind of economic problems that have undermined Greece."

Translation: Lower wages and reduced pension benefits -- the kind of demand-killing measures that are the most deadly prescription possible for an economy with millions of people already unemployed. The prospect that Spain will somehow respond to severe austerity with anything approaching the kind of economic growth necessary to generate the revenues needed to pay off government debts is infinitesimal.

The message in Larry Summers' speech was that we will have a harder time dealing with our budgetary issues if economic growth slackens, so government needs to do more, now. To be sure, it's a message many people -- both economists and legislators -- will disagree with. But that's not the point: On Monday, the director of Obama's National Economic Council clearly stated administration policy: We're not out of the woods yet, we need more stimulus, and that will give us more room, ultimately to bring down deficits. Dana Milbank utterly failed to communicate that message in his report on the speech. So who exactly is the person who needs help explaining econ 101?