The anti-tax group is backing Sharron Angle in the GOP primary. The winner takes on Harry Reid in November 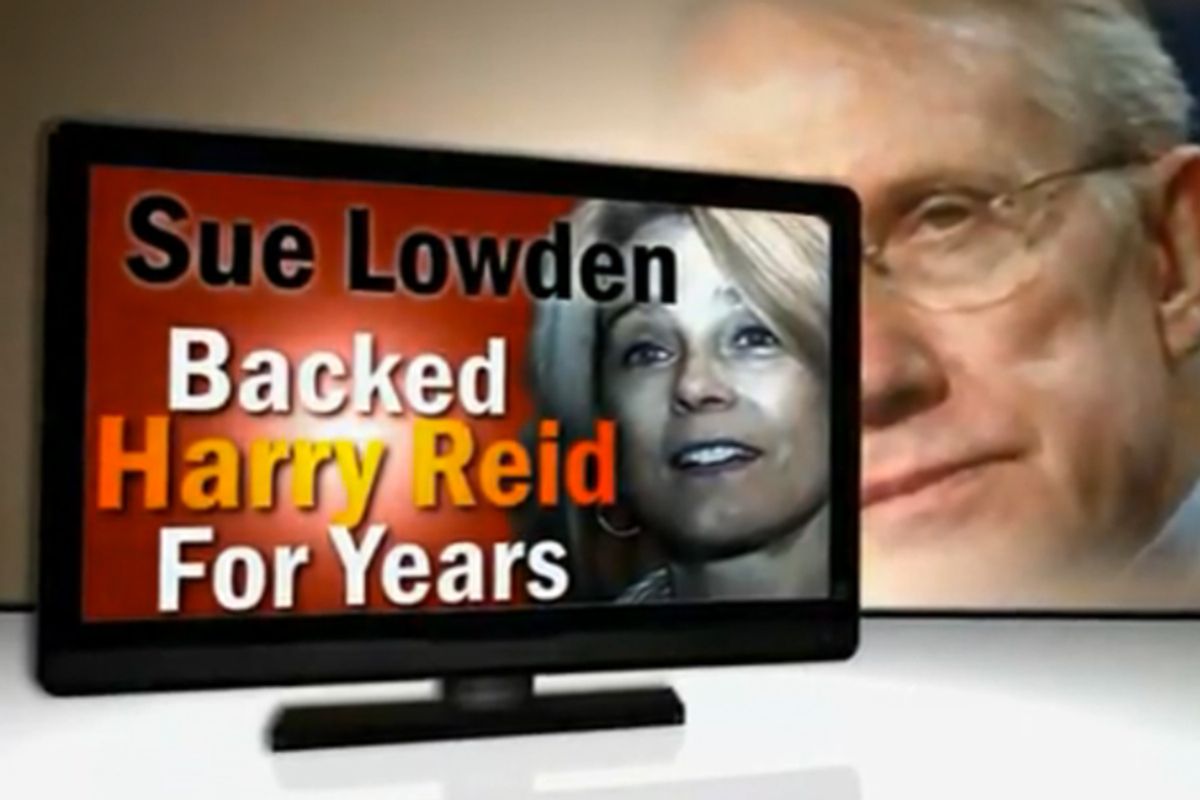 The Club for Growth has launched a new ad in Nevada, piling on erstwhile front-runner Sue Lowden in the state's Republican Senate primary. The winner goes on to face vulnerable Senate Majority Leader Harry Reid in the fall.

"She voted to raise taxes, supported huge spending increases, and backed Harry Reid for years," the ad says. It also blasts Lowden for her own ads attacking Sharron Angle, the right-wing candidate the Club for Growth endorsed last week.

Lowden has been plunging in polls for weeks, helped along by her bizarre assertions that healthcare delivery was better back in the days when you could barter for medical services (trading things like, oh, chickens). Reid's campaign has tried to hasten Lowden's decline, figuring Angle poses less of a threat in the general election; lately, Reid and Nevada Democrats have been sending frequent updates to the press on a mini-scandal involving a motor home Lowden received, possibly in violation of campaign finance rules.

So this ad, touting Angle and attacking Lowden, probably marks the first time the Club for Growth's interests and Reid's have aligned. Take a look here: