A farewell to Microsoft: "The unicorn was real" 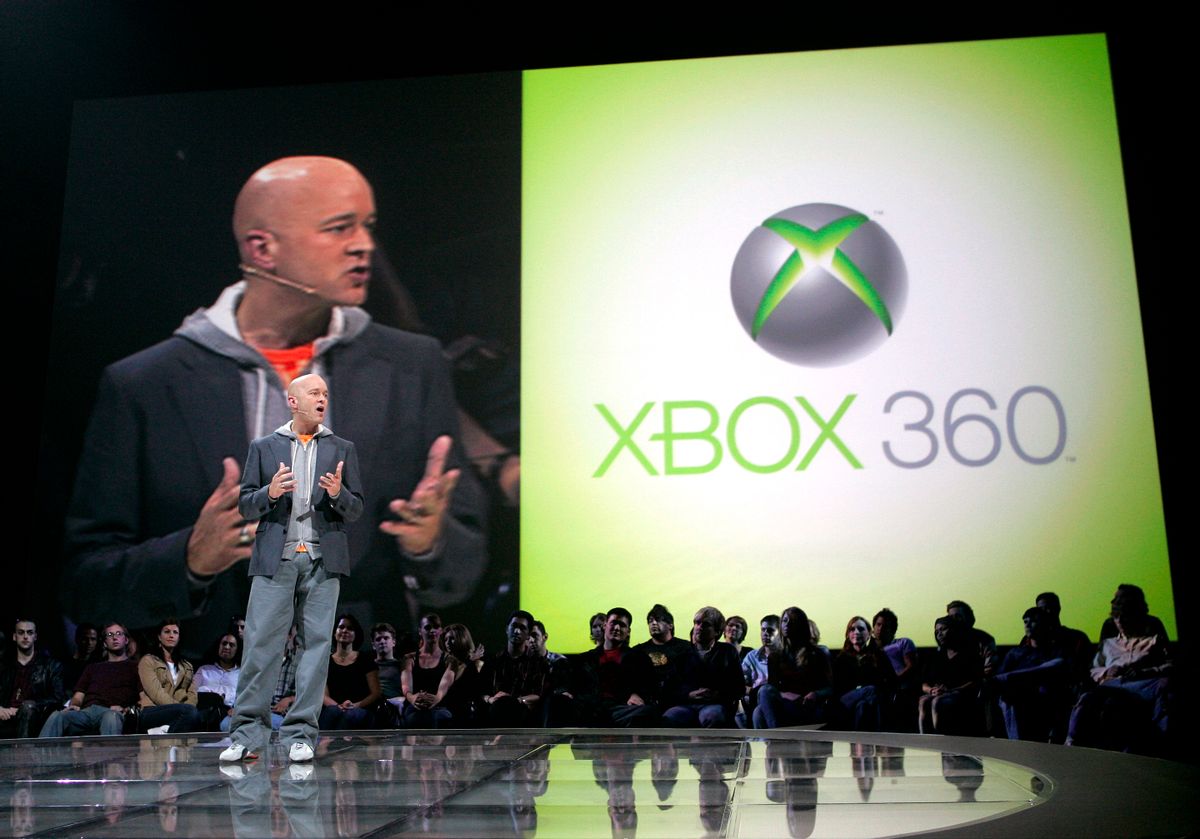 J Allard, the Microsoft corporate vice president overseeing the software development of the new Xbox, speaks about the new XBox 360 during the Xbox 360 E3 kick-off celebration at the Electronics Entertainment Expo at the Shrine Auditorium in Los Angeles May 16, 2005. REUTERS/Robert Galbraith RG/PN (Reuters)
--

It's a rare day when I manage to enrage supporters of both Microsoft and Apple. But it's strangely invigorating, a nice change of pace from relentless excoriation for my Keynesian fantasies or accused of being in the tank for Wall Street.

But in light of the lively discussion inspired by my Microsoft post, I thought readers might be interested in the farewell e-mail penned by J Allard, one of the newly departed Microsoft executives after yesterday's corporate shakeup, and the guy, as I noted yesterday, who was most instrumental in getting Microsoft focused on the Internet.

Allard is classy and passionate, and I especially liked this passage, where he talks about his initial recruitment to Microsoft:

The "computer on every desk..." rhetoric was a ruse, the real purpose and ambition of these people was much, much broader:

"Make the world a better place through technology."

Like every idealistic college hire, this was the unicorn I was looking for. I wanted to do something bigger than me -- "change the world!" -- with a bunch of people who respected and could augment my superpowers. I had visited the Justice League of Geeks and they had invited me in and had shown me the secret handshake.

At my two year checkpoint, things were going along "better than expected." It was simple to extend my commitment -- I was charged up by the progress we were making, the friends I had made, the plans we had made together and the culture and purpose that bound us. I even was allowed to expense copies of "Snow Crash" as a pre-read for team offsites! The unicorn was real!

As someone who, as a struggling freelancer, reviewed "Snow Crash" for the princely sum of $50 for the San Francisco Bay Guardian in the summer of 1992, I remember all too well the moment when it first became clear to me that the Internet embodied my cyberpunk dreams. I love the notion of infecting your colleagues with a Neal Stephenson mind virus in the service of explaining the promise of the Net. I think Microsoft could have used a bunch more J Allards.

But to all the letter-writers who kvetched at my use of the phrase "also-ran" to describe Microsoft's current relevance, I just have to reiterate: iPhones and Google's Droid OS come a lot closer to capturing the essence of that sci-fi future than, say, Vista.

And yes, everyone is right about the Xbox. It must be regarded a success. It's cool, my son worships it, (and to him "Snow Crash" hardly raises an eyebrow). Yet, two of the men most associated with its development are no longer in charge. Where did the unicorn go?