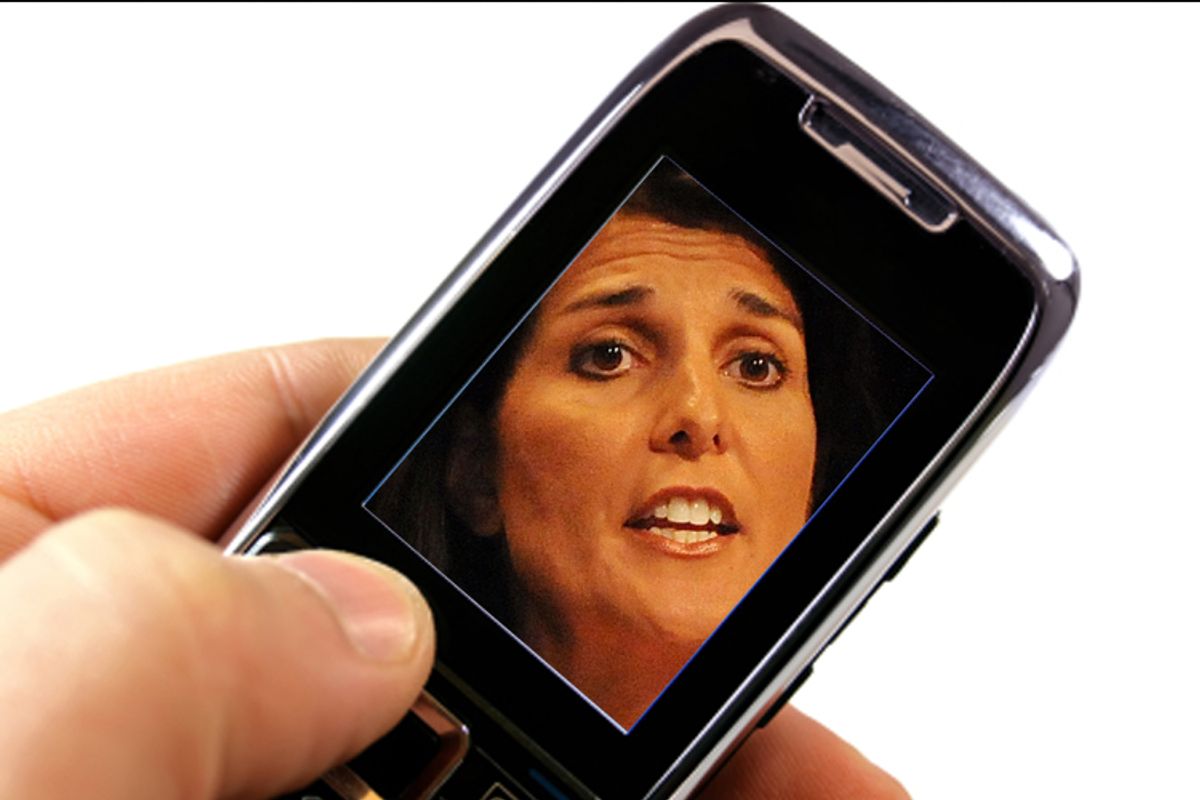 Will Folks, the blogger who claims he had an affair with South Carolina gubernatorial candidate Nikki Haley, has published what he says are text messages between him, Haley's campaign manager, an Associated Press reporter, and a supporter of Haley's opponent that prove that people were threatening to go public with the affair allegation. Then Folks dared Haley to sue him for libel.

Folks is a conservative blogger who, once upon a time, worked for South Carolina Governor and Appalachian Trail hiker Mark Sanford. He claims to have had an "inappropriate physical relationship" with Haley, the Sarah Palin-endorsed front-runner in the gubernatorial race.

Folks is a gross, sexist creep, yes. He seems, in many respects, like a stalker. But these are the facts:

In the texts, South Carolina Republican political strategist Wes Donehue says Folks "bragged about" the affair with Haley and Haley "told BJ," which suggests Donehue's the source behind the Columbia Free Times story on the rumor.

Right-wing blogger Ace of Spades correctly notes that Folks is an unfunny misogynist. Though, you know, Ace is that, too. Which makes his comparison of Folks to Rupert Pupkin either an underhanded blow at someone who is so clearly stealing Ace's bit or just typically un-self-aware.

This all basically confirms that there was a rumor about an affair between Haley and Folks. There's no proof of the rumor being true. And while it seems odd that a Haley supporter would go public with a damaging story about her, it did lead to that terrible Sarah Palin Facebook post, which led a record day of online fundraising for Haley. Every Palin-endorsed candidate should find someone to claim they had an affair! There's nothing her fans like better than victims of the lamestream media.