Does the longtime journalist need to be defended from attacks by his next subject? 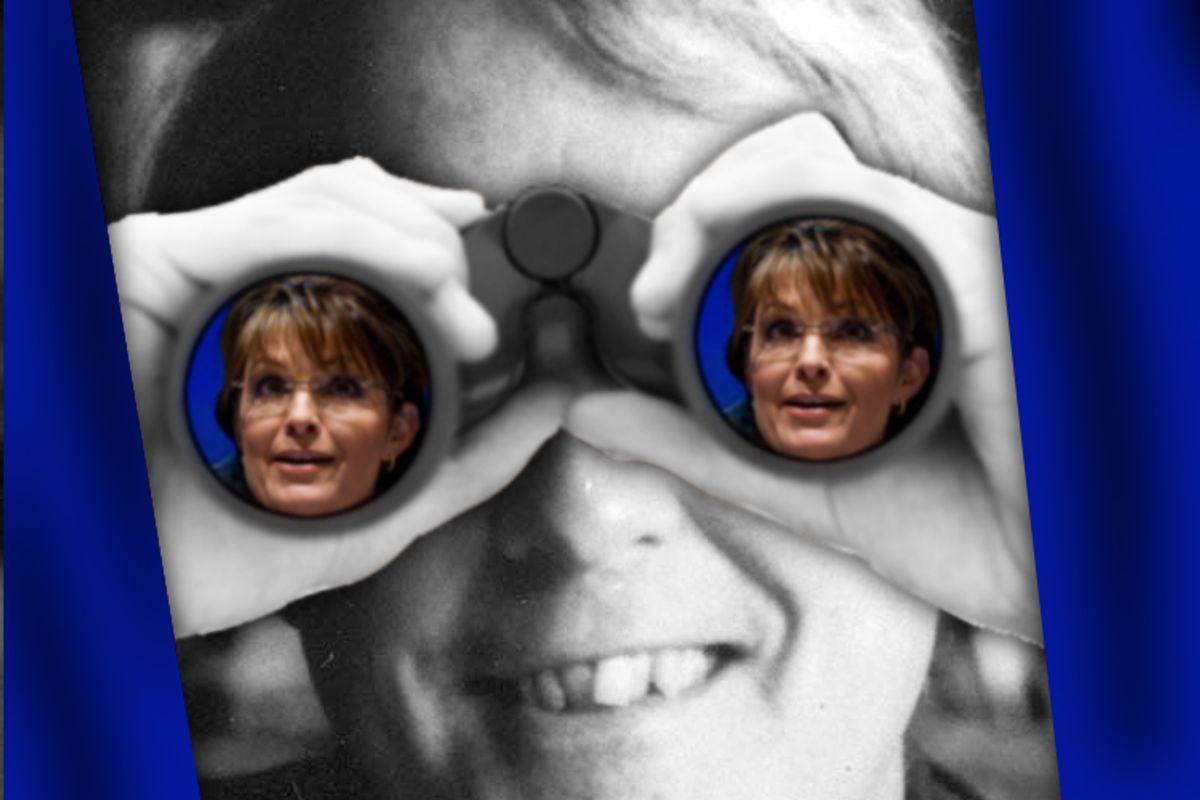 As you've no doubt heard, journalist Joe McGinniss rented a house next door to Sarah Palin while he works on a book about her. And Palin complained on Facebook about this fact, and many people seemed to take her accusations of stalking seriously.

McGinniss is by no means an ideal reporter, but he is a serious and talented one. He wrote a critically respected book on Alaska 30 years ago, and his one reported story so far on  Palin was factual and responsible. There's nothing even remotely tabloidy about McGinniss' Portfolio story on the years Palin wasted not getting a gas pipeline built.

But Palin is banking on the fact that, much like she could turn the story of a right-wing blogger fessing up to an affair with a candidate into a story of liberal media smears, she can, through sheer force of will and the devotion of her cult, make this into the story of a creepy gotcha journalist stalking her, and threatening her children.

After a day or so of coverage that just repeated her Facebook claims, media critics and political journalists are wondering if she's crossed the line this time.

Jack Shafer says McGinniss is an asshole, but, because this is Jack Shafer we are talking about, he means that as an unambiguous compliment. He also points out that in-depth reporting is not pretty and requires that the reporter act like an asshole. (This is why there is so little of it in D.C., where friends so often cover friends.)

Dave Weigel is disgusted with Palin for insinuating and leading her followers to believe that McGinniss is a pervert and a threat to Palin's children.

In a follow-up today, Weigel links to a truly ridiculous Glenn Beck segment in which Palin and Beck double down on the "McGinniss is a threat to Sarah Palin's children" lie. Whatever McGinniss could possibly be reporting about Sarah Palin could hardly be more vile than accusing a man of voyeurism and pederasty because he's writing a book about you.

Greg Sargent wonders how absurd a Sarah Palin attack can possibly get before people stop paying attention to her. But Palin is obviously newsworthy, and so her attacks are newsworthy. All you can hope for is that they're reported with context and not simply parroted.

Unfortunately, as long as there is a Fox News, they will simply be parroted. If Sarah Palin took to her Facebook page tomorrow and posted a note that said, "well, whaddya know, I's'a jus' out trawling' for catfish with my ol' hubby Todd, and a neighbor tol' me that he saw Rahm Emanuel crushing an endangered tropical frog to death while saluting a portrait of Mao, and also the sky is green," you can bet that the next day's "Fox & Friends" would treat the greenness of the sky as a self-evident fact, and Glenn Beck would ask Sarah why Rahm threatened Willow like that.

But McGinniss is a grown-up, and he's faced criticism and attacks before. Outrage on his behalf is justified, but jumping to his defense is probably not worth it. He'll write his book, and Sarah Palin will say he made fun of Trig, and the usual suspects will defend her right to blatantly make shit up on technicalities, as always.