As the comedian busts a kid for stealing his routine, joke plagiarists take note: YouTube is watching you 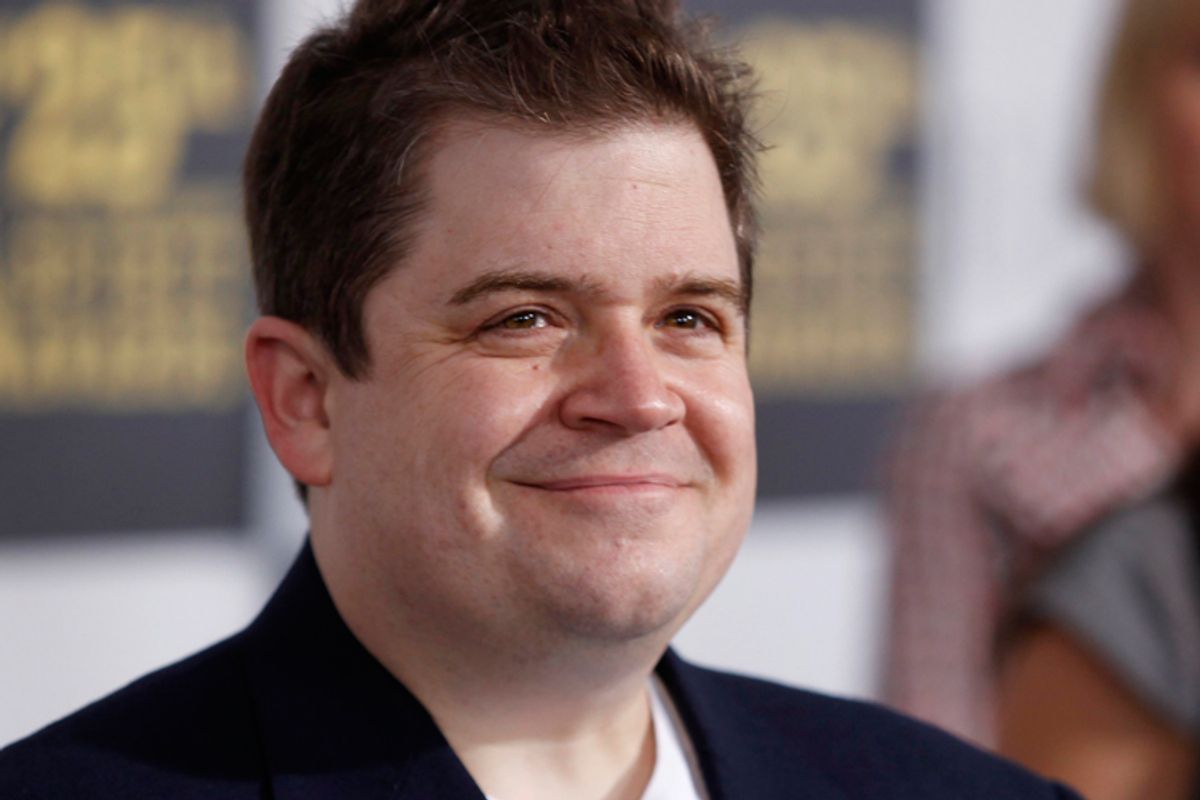 If the old adage that "talent imitates but genius steals" is true, Patton Oswalt has a lot of geniuses among his fans. Just last month, the standup star publicly busted aspiring comic Nick Madson for repeating large portions of his material during a performance in Iowa -- including a brilliant bit of nerdery involving physics, poetry and "Star Trek."  You'd think that would serve as a warning to others not to screw with the voice of Ratatouille. But no – on Tuesday, Oswalt turned up another jokester doing his "physics for poets" routine before a captive audience. It was a young man named Brian Corman, and he was giving his valedictory commencement speech at Columbia University. As Oswalt sarcastically tweeted, "Great speech."

Joke poaching is an occupational hazard among comics – and a lamentably common practice. Dane Cook, Carlos Mencia and Denis Leary, among others, have all incurred the excoriation of the comedy community for their seemingly loosey goosey relationship with other people's material. And if the pros are doing it, who can possibly tally the plundering that's gone on forever among the standup hacks in bumfuck, the commencement speech makers and average Joes at the bar, aiming to disarm you with their veneer of wit? The difference now is that if you want to pull that stunt, you'd do well to remember there's probably a camera running. Here's some algebraic poetry for you: If you steal a joke and it's uploaded on YouTube, what's the exponential ratio of the applause you receive at the time to the white hot disgust coming your way when it goes viral?

It is a gruelingly difficult thing to make people laugh – and a powerful, heady achievement when one does so. The temptation to skip past the hard work and cut straight to adoring guffaws – especially if you're like Nick Madson or Brian Corman and don't do it for a living – must be quite seductive. And anyone who's ever repeated a particularly killing bon mot from last night's Letterman guest may wonder what the big deal is anyway. The funny wants to be shared! But just as surely as borrowing someone else's research is lazy and bogus, it's just as lame when it's done to humor. As Oswalt says on his blog, it's not about one-liners, it his "unique, personal voice" being ripped off here. That's why we must concur with his assessment of Nick Madson (who compounded his pilfering by prevaricating about it) as a "craven, pudding-spined clitoris of a man."

Columbia's School of General Studies, meanwhile, has added a notation to Corman's clip, stating that it does "not condone or permit the use of someone else's work without proper citation," and that Corman has appropriately issued an apology to his classmates and to Mr. Oswalt for failing to provide such attribution." Oswalt responded Tuesday with an acknowledgment of the "sloppy and desperate" attempt at atonement, and a little pondering about the "rubbery" extent of Corman's moral boundaries.

Moments before repeating Oswalt's routine near verbatim, Brian Corman (who, speaking of punchlines, is now headed off to law school) told his classmates, "It's what makes us different and unique that makes us great." Words to live by there, Corman. Some come by that uniqueness naturally. Some hone it along the way. But thanks to a system of checks and balances known as YouTube, it would appear that being anything less than different and unique just isn't an option any more.

(If, by the way, you want to hear Oswalt's original NSFW version, personal style and impeccable timing intact, go about four minutes in here.)