Vaughn Ward, the most incompetent candidate in America, is also a loser

The short, disastrous campaign of the Idaho Republican comes to a sad end 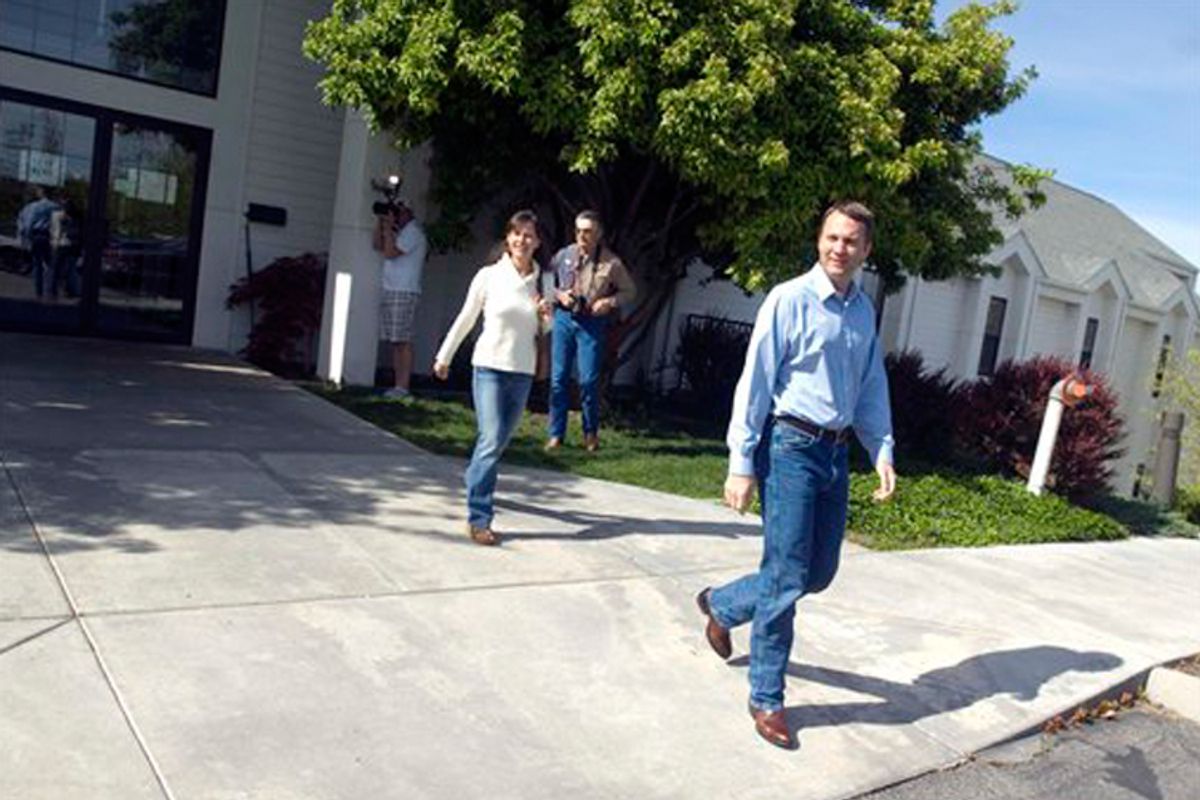 Idaho congressional candidate Vaughn Ward walks out of his polling precinct with his wife Kirsten after the two cast their ballots in the Idaho primary election on Tuesday in Eagle, Idaho.
--

Ward seemed to have it all: he's a Marine Corps veteran who served in combat in Iraq and with the CIA in Afghanistan. He was one of this cycle's first ten GOP "Young Guns". He had the coveted Sarah Palin endorsement. He was running against a Puerto Rican lawyer to be the Republican nominee challenging a Democrat in an ultra-conservative Idaho district.

There was just one small problem: he's an apparent moron and the most incompetent candidate in America. He plagiarized policy language on his website from prominent Republicans, he stole lines in a speech from arguably the most famous speech the current president ever delivered, he thought Puerto Rico was a country, and he failed to explain if he was recently a Democrat and why he didn't vote in 2008.

The Idaho Statesman memorably called Ward "unendorseable." A May 21 poll had Ward up three points over Labrador, but apparently that stealing-words-from-Barry-Soetoro video killed the remainder of his support.