Even though he didn't serve in Vietnam, Richard Blumenthal way ahead in poll

The Vietnam mess hurt the Connecticut attorney general a little bit, but no one likes his opponent 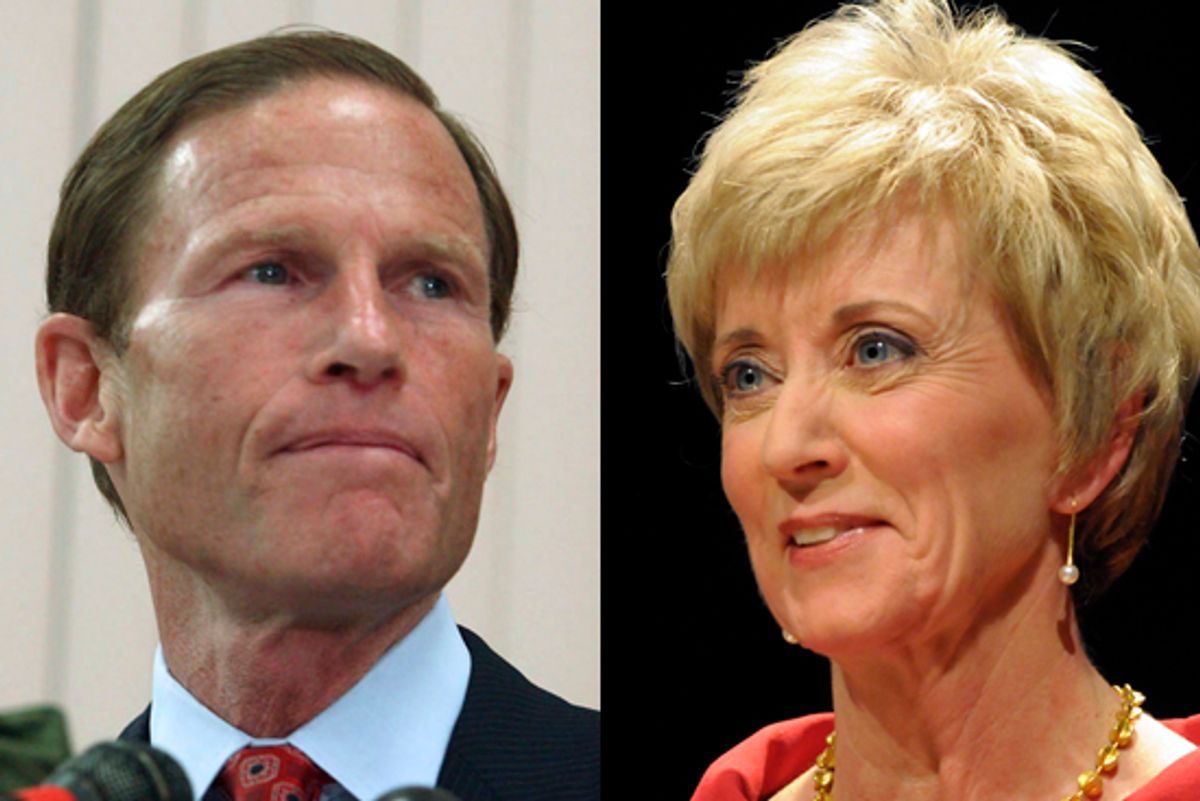 Connecticut's State Attorney General Richard Blumenthal, a candidate for the Senate, addresses allegations that he lied about serving in Vietnam during a news conference in West Hartford, Connecticut May 18, 2010. Blumenthal, the early favorite to win retiring fellow Democrat Christopher Dodd's U.S. Senate seat from Connecticut, never served in the military in Vietnam despite his public comments indicating he had done so, the New York Times reported on Monday. REUTERS/Michelle McLoughlin (UNITED STATES - Tags: POLITICS) (Â© Michelle Mcloughlin / Reuters)
--

Blumenthal's up 56 percent to 31 percent. Before the revelation that, on two or three occasions, Blumenthal made it sound like he served in Vietnam (and the equally shocking revelation that some people thought he was the captain of the Harvard swim team), Blumenthal led 61-28. So he took a little bit of a hit.

Fortunately for Blumenthal, his opponent is increasingly reviled by Connecticut voters. McMahon's "negatives" are up 13 points since she won at the Republican convention. Apparently, Connecticut voters are not wrestling fans.

(Interestingly, a GOP polling firm recently found that professional wrestling fans are both significantly more liberal and much less likely to vote than fans of most other sports. The GOP should've recruited Huskies football coach Randy Edsall if they really wanted this seat.)