Who's running the global economy, anyway? The Dow spikes after the eurozone gets a vote of Chinese support 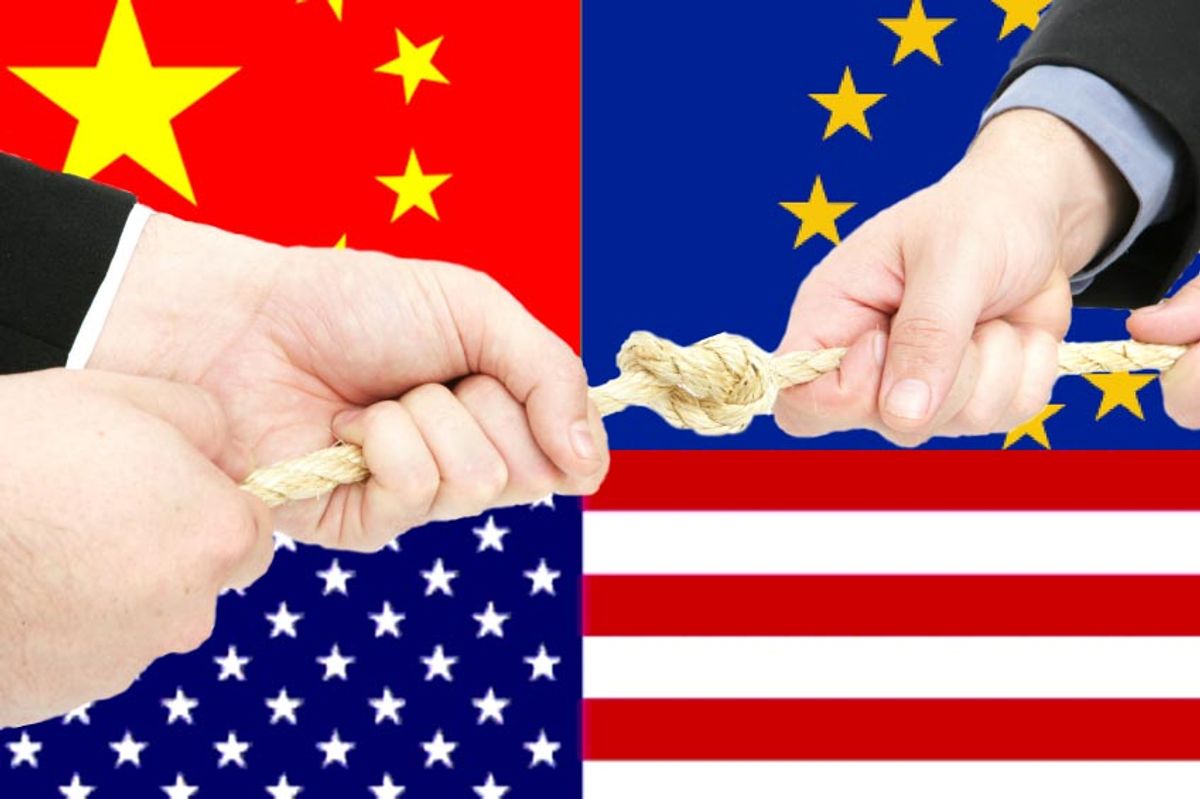 It may not necessarily be true that a renewed Chinese commitment to invest in European government bonds is pushing U.S. stocks up and boosting the euro today, but the theory is impressive. When China speaks, continents listen! I agree with Bob Froehlich, senior managing director at the Hartford, as quoted in the Wall Street Journal: "It reminds us once again how interrelated everything is."

On Wednesday, the Financial Times reported that representatives of China's State Administration of Foreign Exchange (SAFE) had "expressed concern about its exposure to the five so-called peripheral eurozone markets of Greece, Ireland, Italy, Portugal and Spain."

Planet-wide gloom, doom and despair ensued. But then SAFE released a statement on Thursday calling media reports that China was reviewing its Eurobond holdings "groundless."

"We believe, that with the concerted efforts by international community, the euro zone will definitely overcome difficulty and safeguard the stable and healthy development of the financial markets in Europe," said the SAFE statement.

Oh happy day. The euro rebounded, and with an hour to go before the end of trading in New York, the Dow was up 224 points. If only Chairman Mao was alive to take pride in this. A Chinese foreign currency regulator speaks, and markets in Europe and the United States tremble with either exhilaration or terror.

We should get used to this. Again, it is unclear how strong the causation link really is. But what does seem unarguable is that globally speaking, market psychology is enormously fragile right now. Any explanation for market zigs and zags goes viral into instant self-fulfilling prophecy mode. Having been burned once by a chaotically and disastrously interdependent system, investors now see a potential catastrophic tipping point in every shadow. And China is increasingly a source of possible global-economy shifting narratives.

At the end of his calm appraisal of how much a European slowdown could affect the U.S., Danial Gross writes that for now, "the virus of fear remains quarantined to Europe. But as we saw in the fall of 2008, contagion can be contagious."

I would paraphrase that slightly: It's the fear of contagion that's contagious. And it can start anywhere.