The former football star is running as a Tea Party candidate in Washington, and could spoil Dino Rossi's Senate bid 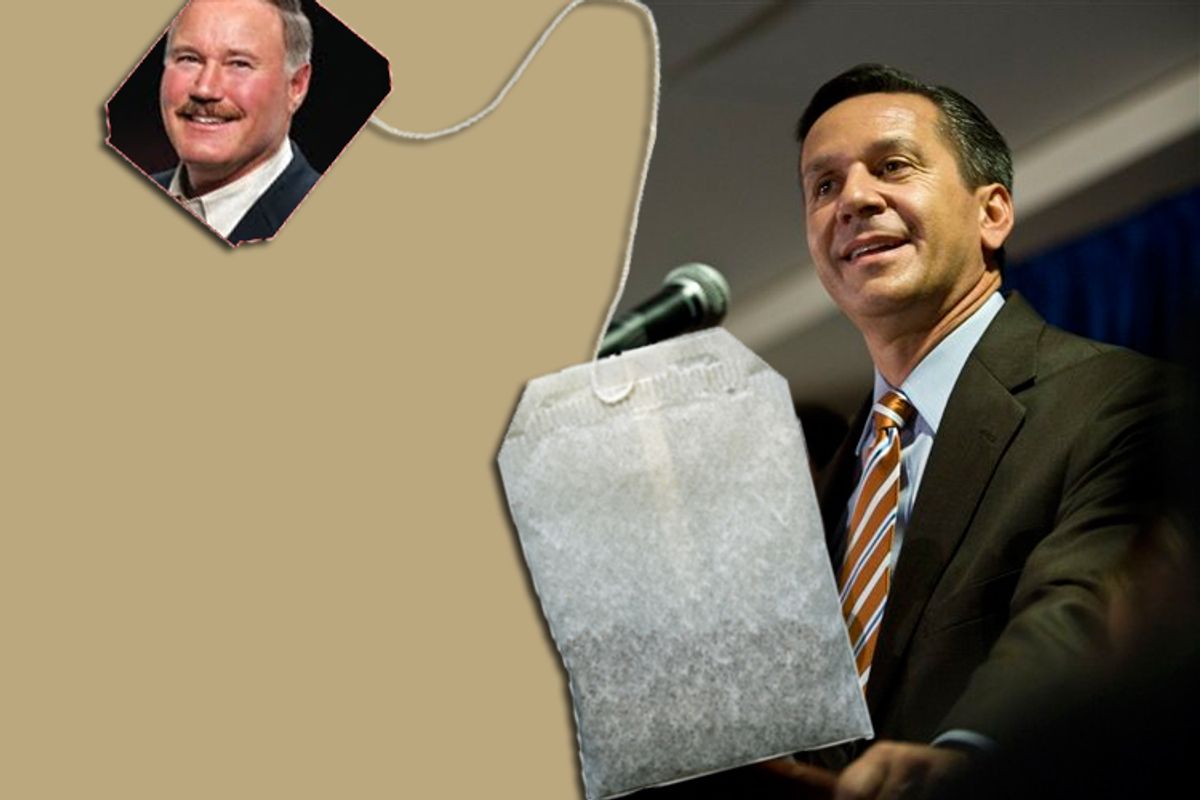 Republicans in Washington, D.C., and Washington state were pretty pleased with themselves on Wednesday, as their top recruit to run against Democratic Sen. Patty Murray -- two-time gubernatorial loser Dino Rossi -- finally got into the race after months of hemming and hawing about it.

"Families, seniors, and job-creators in the Evergreen State deserve an independent-minded leader who will represent their values and fight for their best interests -- not another rubberstamp for President Obama and the Democrat party leaders in D.C.," National Republican Senatorial Campaign Committee spokeswoman Amber Marchand said in a statement welcoming Rossi. "That's why we are confident that voters will hold Patty Murray accountable for her out-of-step voting record and elect a Republican as their next U.S. Senator this November."

You'll note Marchand didn't specify which Republican voters will elect. That's because Rossi isn't the only candidate in the race. Former Washington Redskin Clint Didier, who's running on what he calls a "game plan for Washington," is also seeking the GOP nomination. And he's running a Tea Party-friendly campaign that's already won the backing of Sarah Palin. Which means the GOP establishment doesn't want to get too cozy with Rossi, lest the same fate that befell Charlie Crist and Rand Paul migrate northwest.

With all the attention focused on Rossi Wednesday, we at Salon figured it was worth taking a look at Didier, too. Because, frankly, if his campaign Web site is any guide, he's the far more interesting candidate.

Take his exciting intro video, which intersperses folksy wisdom about the evils of Washington with highlights of Didier's years in a stadium on East Capitol Street, just 20 blocks or so from the Capitol:

On the issues, Didier is clearly a Tea Party true believer. He says government should have no role at all in healthcare, which seems to rule out Medicare and Medicaid (a call to his campaign wasn't immediately returned). He says he'll ask one question about every bill he's asked to vote on: "Is it authorized under the U.S. Constitution? If not, it will get my NAY vote." Here's a sample of Didier's thoughts under the "social issues" section of his site: "Regarding marriage, I am not willing to throw out 4,000 years of core traditional marriage to assuage the wishes of a few." He's opposed to most government spending: "It seems the American taxpayer has become the 'cash cow' for many elected who no longer have respect for the fruits of the people's labor." (Though that didn't stop him from taking nearly $273,000 in federal farm subsidies over the past 15 years.)

All along, Didier has said he wouldn't clear out of the race if Rossi got in. And now that Rossi waited months before he actually started running, Didier may have built up enough traction that the Aug. 17 primary to make it a race. (Actually, Rossi's dithering has enticed no fewer than 9 other candidates, counting Didier, to declare they're seeking the GOP nomination.)

Rossi himself didn't mention anyone but Murray in his announcement video. But keep an eye on Washington, which could -- as the summer develops -- turn into the latest saga in the Tea Party chronicles.