The fees to run America Speaking Out, paid for by tax dollars, will go up as traffic to the site increases 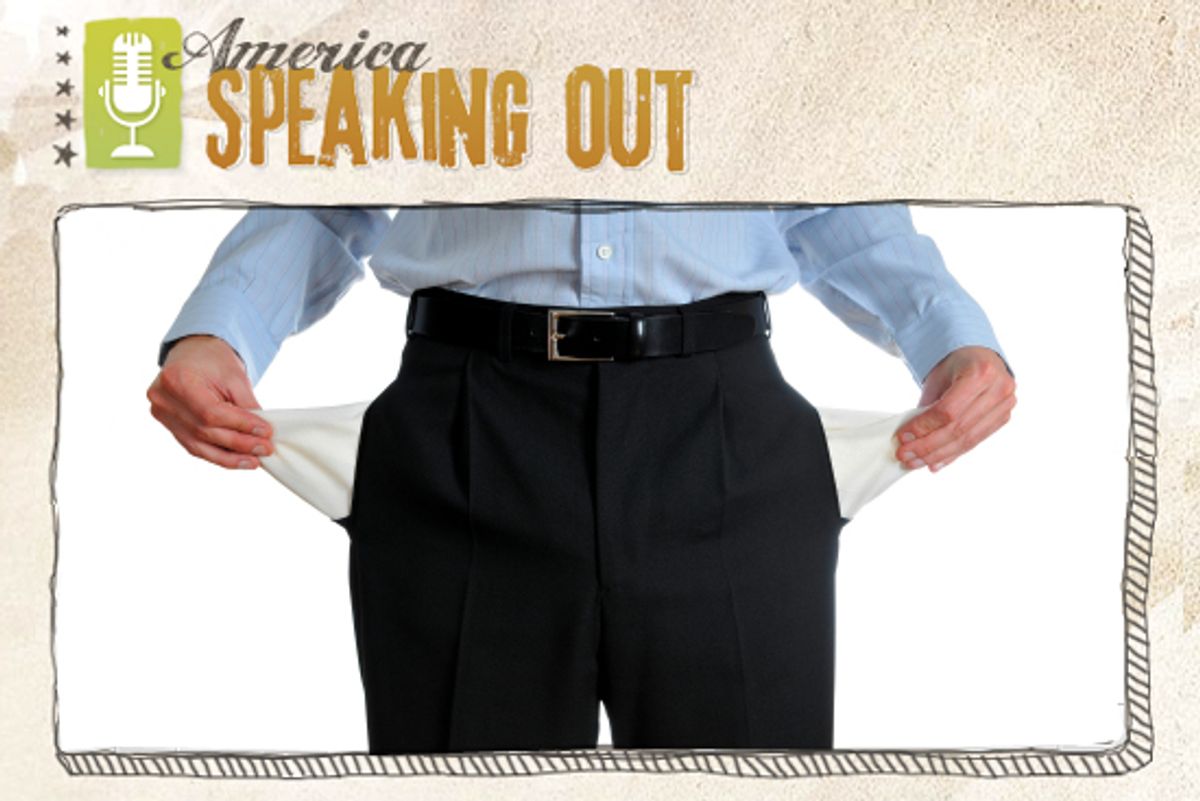 House Republicans rolled out AmericaSpeakingOut.com, their new campaign website website for hearing from America earlier this week, with quite a bit of fanfare. "We recognize that Americans don't want an agenda imposed on them from Washington," Rep. Kevin McCarthy, R-Calif., who's in charge of the whole thing, told reporters. "They know that the best ideas don't come from Washington, they come from the people. America Speaking Out will return them their voice, and we're here to listen."

The way it works is, basically, anyone who wants to can post whatever they want, and Republicans will use their comments in town halls and campaign manifestoes this fall. So far, the site has mostly been notable for two things. The first is strange comments: "Congressmen and women should wear Saran Wrap to work" was featured on the site's "Transparency/Open Government" section on Thursday morning, and the featured idea under "Constitutional Limits" was, "We should apologize to King George III. He was mentally handicapped, and he couldn't help but horribly mismanage the government." The second, of course, is the fact that taxpayer dollars are funding the whole thing. The site is being paid for out of the GOP leadership budget, despite its dot-com (not dot-gov) name.

The worst part about it, though, is that the more successful the site is, the more money it will cost you. Both Microsoft, which provided the software platform and servers that run the site, and House Republican aides confirmed to Salon Thursday that the more traffic the site generates, the more tax dollars the GOP will have to pay in fees to host it.

"The Microsoft TownHall software, which is the underlying software on which the America Speaking Out website was built, is available at no cost," Microsoft spokeswoman Sarah Anissipour said in an e-mailed statement. "Customers only pay to host their TownHall solution on Windows Azure, which is available using a scalable, pay-only-for-usage model. The number of people visiting a website does have a direct correlation to Windows Azure usage." Translated out of P.R.-speak, that means the more people who come and post crazy ideas on the site, the more it costs. Brendan Buck, a House GOP leadership aide, confirmed that Republicans are using Azure to host the site.

Asked exactly what the site costs, Buck pointed me to a price list on the Windows Azure site. That says the standard fees are 15 cents per month per gigabyte stored, 12 cents per hour of server time used and 10 cents for each gigabyte of data into the servers, 15 cents for each gigabyte out. Given the site's graphic-heavy content, those fees could add up quickly if lots of people start speaking out, as Republicans want them to do. Even if it's not that expensive, a government contract that costs more money the better it works is exactly the sort of thing Republicans love to complain about, now that -- out of power -- they've remembered how much they hate spending. (UPDATE: For some reason, neither Microsoft nor the House GOP pointed this out, but Tim Cameron, an online strategist for Newt Gingrich's American Solutions, noted that Microsoft is offering free Azure use for TownHall clients until July 31. Which means the fees wouldn't start for a couple of months. UPDATE 2: Buck wrote later to say the GOP Web site isn't participating in a free promotion -- which means they're paying already.)

The GOP sees the arrangement as another market-based solution. "Only paying for as much as Americans want to participate?" Buck said. "It's a pretty efficient way to set it up."

Democrats, naturally, kept up their mockery of the site. "Republicans did enough damage while in power recklessly spending the American people's money on huge tax cuts for CEOs and big corporations, and an unpaid-for government-run prescription drug plan," said Doug Thornell, a spokesman for Rep. Chris Van Hollen, D-Md., who's in House leadership. "The fact that they are continuing this fiscally irresponsible behavior with their glitzy new taxpayer-funded website reflects the GOP's arrogant belief that they should be held to a different standard from the people they lecture daily on government spending."

The bottom line, if you're concerned about keeping government expenses in check? Whatever you do, don't click on America Speaking Out. Meanwhile, someone should probably tell the 438 people who have submitted ideas in the "Fiscal Accountability" section of the site that they're now part of the problem.