The smoking toddler: Who's to blame?

A nicotine-addicted 2-year-old sparks fury. But it isn't just the parents at fault -- it's Big Tobacco 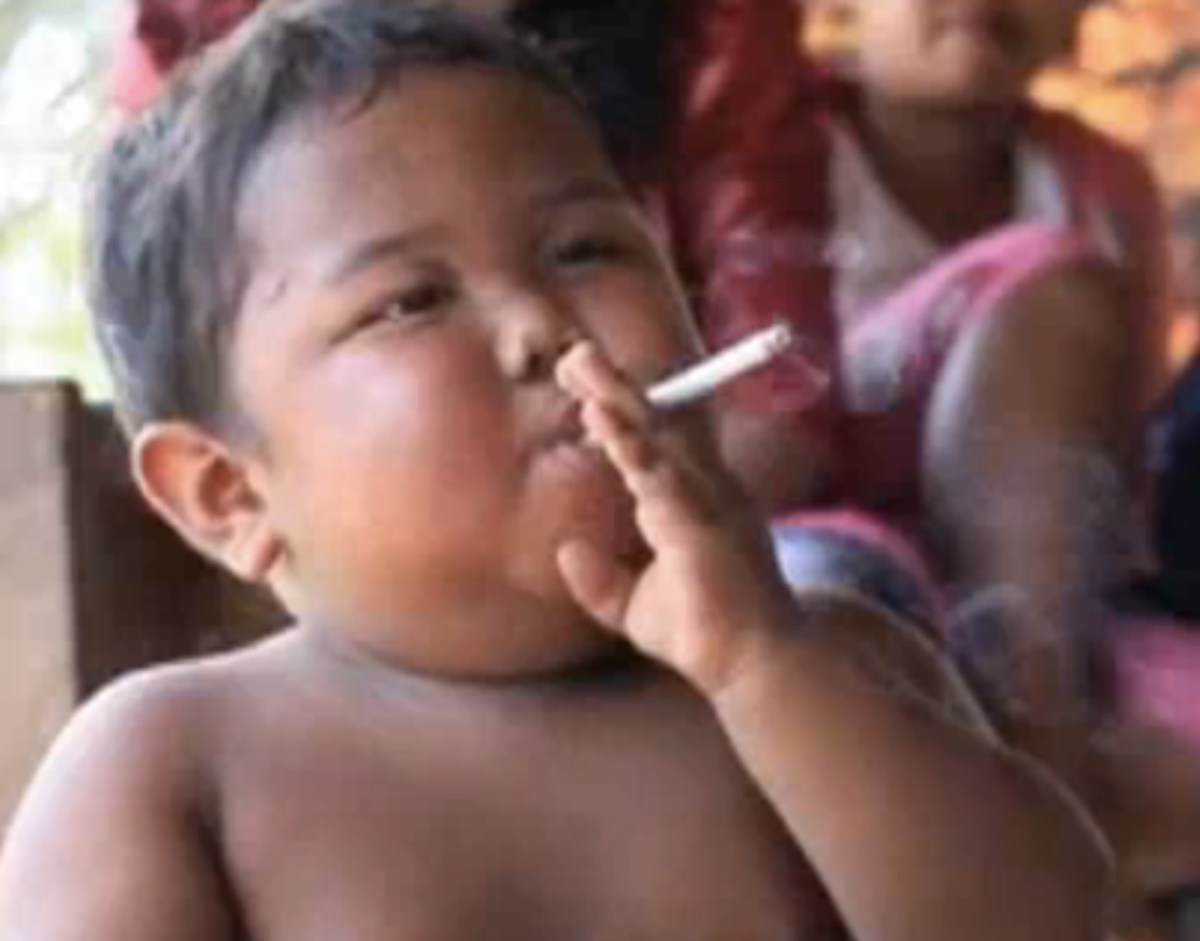 In an interview with UK's The Sun, this 2-year-old Indonesian boy was seen smoking a cigarette with abandon.
--

It's not such a small world after all. One only need check out the video that surfaced this week of an overweight Indonesian toddler dragging on a cigarette with all the practiced aplomb of Don Draper -- and the horrified reactions it spawned across the world -- to get a textbook lesson in cultural divides.

A reporter visiting the 2-year-old boy's Sumatran village shot the footage, which was posted on the UK Sun's website Saturday. But it was a follow-up on Wednesday, with the accompanying revelations that his father gave the child his first smoke when he was just 18 months old and his mother's lamentations that the boy, who allegedly smokes up to 40 cigarettes a day, is "totally addicted. If he doesn't get cigarettes, he gets angry and screams and batters his head against the wall," that sent the clip into the viral zone.

Anyone familiar with British tabloids knows that nicotine-addicted tykes are their idea of a headline jackpot. The accompanying caption, "Tar baby," was certainly an inspired touch of "us vs. them" provocation. Isn't this wrong how they treat kids over there? Don't you feel angry, readers? Fish, meet barrel. And sure enough, extending far beyond the comments section of the Sun, the Internet quickly lit up like a gaggle of Indonesian toddlers over the "disgusting" and "disgraceful" situation.

Those of us used to moving in social circles where giving your kid access to a doughnut or a Bratz doll will get you a rep as a child abuser, where anti-smoking campaigns are enthusiastic to the point of stomach-turning, were naturally boggled by the clip. But that disturbing video doesn't just represent an easy opportunity for parents with high-speed Internet access to feel smug about their own child-rearing practices.

It's a snapshot of a country where over 60 percent of all adult men smoke, a place where, unsurprisingly, the tobacco industry rides roughshod over the public health interest. While smoking rates continue to dip in places like the U.S., they've actually risen in Indonesia. The World Bank estimates that one-third of the world's adult population smokes -- an astonishing 80 percent of whom live in "low- and middle-income countries." And that number just keeps growing-- in places like Indonesia, where a smoking household will spend about 11 percent of its income on cigarettes and the rate of smokers between the tender age of 5 and 9 has dramatically risen since 2001. A place where there are no bans on public smoking, no age limit on who can buy cigarettes, and a deep-pocketed, largely unregulated tobacco industry that can advertise on television  and sponsor huge entertainment events seemingly at will. A part of the world where smoking is the leading cause of premature death.

A child's welfare is still first and foremost his parents' responsibility. But before we get too comfortable in the knowledge that we'd never even expose our own babies to cigarettes, let alone hand them a pack, maybe we can redirect a little of that indignation toward a profitable industry that's worked so hard to pour smoke down those little lungs.