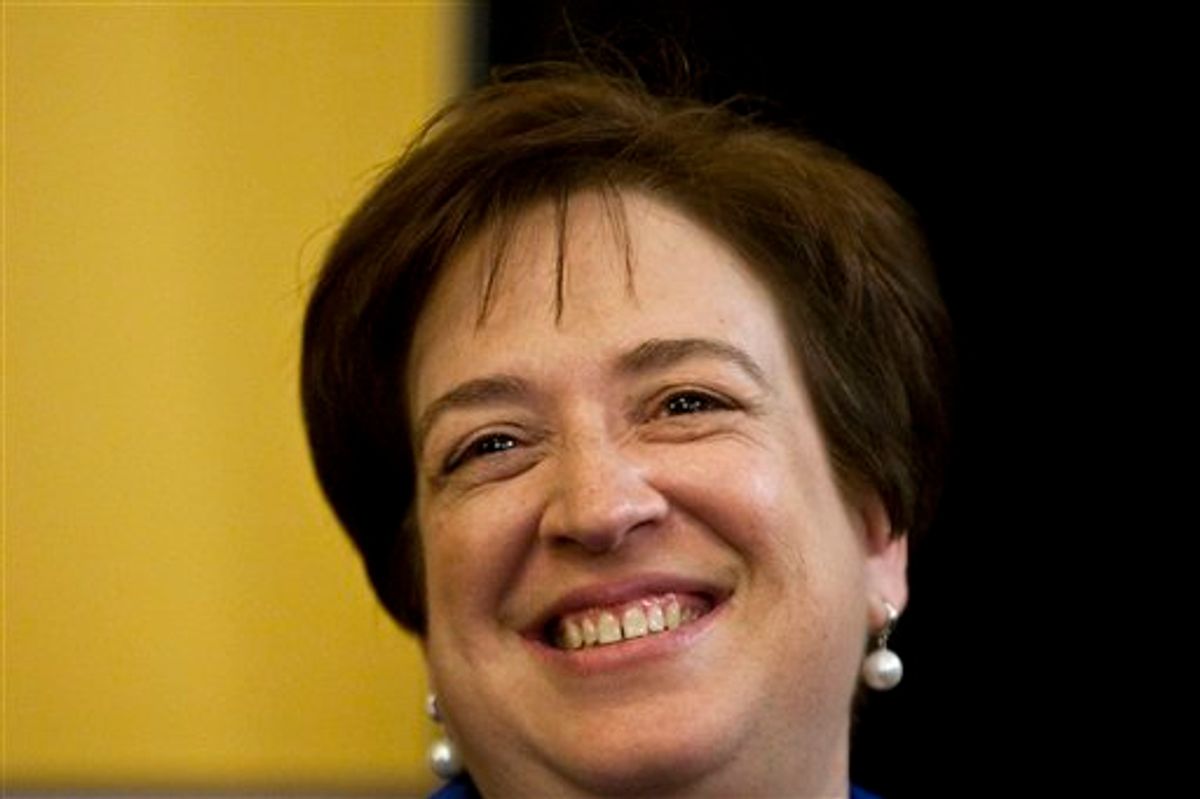 Supreme Court nominee Elena Kagan got a boost from potential GOP supporters Thursday, when two Republican senators who will vote on her confirmation both said her lack of experience as a judge is no obstacle to elevating her.

Sens. Lindsey Graham of South Carolina and George S. LeMieux of Florida made their comments a day after one of the court's conservative icons, Justice Antonin Scalia, undercut Republican criticism of Kagan's lack of a judicial background.

Scalia's remark, made during a lecture Wednesday at the federal courthouse in Washington, "helps her. Definitely, it helps her," said Graham, a member of the Judiciary Committee that will hold confirmation hearings on Kagan set to begin June 28. "I think that argument is not going to go very far."

LeMieux, who had a lengthy meeting with Kagan in the Capitol Thursday, also said judicial inexperience was not a concern.

"I don't find that in any way a prohibition to her service," LeMieux said. The first-term Floridian called Kagan intelligent, articulate and "refreshingly forthcoming" on a variety of questions he posed, on subjects including free speech, guns, gay and lesbian rights and abortion.

Both Graham and LeMieux said it was too early to tell whether they would vote to confirm Kagan, who drew seven Republican votes last year when she was confirmed as solicitor general.

Kagan, President Barack Obama's choice to succeed retiring Justice John Paul Stevens, has now met with half the Senate as she crisscrosses Capitol Hill introducing herself in advance of the hearings.

"While it was clear that she would not prejudge any case, we did touch on privacy issues that are most important to me and other major issues that the Supreme Court may wrestle with in the coming years," Gillibrand said after meeting with Kagan.

Republicans have expressed reservations about the former Harvard Law School dean's lack of courtroom experience, which has made it difficult to discern Kagan's legal views. She has stepped aside from her post as the government's top lawyer in order to focus on the nomination.

But one of the GOP's favorite justices said Kagan's resume was a plus.

"I am happy to see that this latest nominee is not a federal judge -- and not a judge at all," Scalia said Wednesday, in remarks first reported by ABC News.

Scalia last week volunteered that he considers Kagan a friend.

Chief Judge Royce Lamberth of U.S. District Court in Washington said Scalia was advocating for judges with varying backgrounds at all levels of the judiciary, "including the Supreme Court."

"He was decrying the notion that we ought to have a judiciary that is full-time career, starting as a low-level judge and working your way up," said Lamberth, who introduced Scalia Wednesday.