Obama in Louisiana: "You will not be abandoned"

The president, touring the Gulf, promised to "keep on it" until the oil leak is plugged 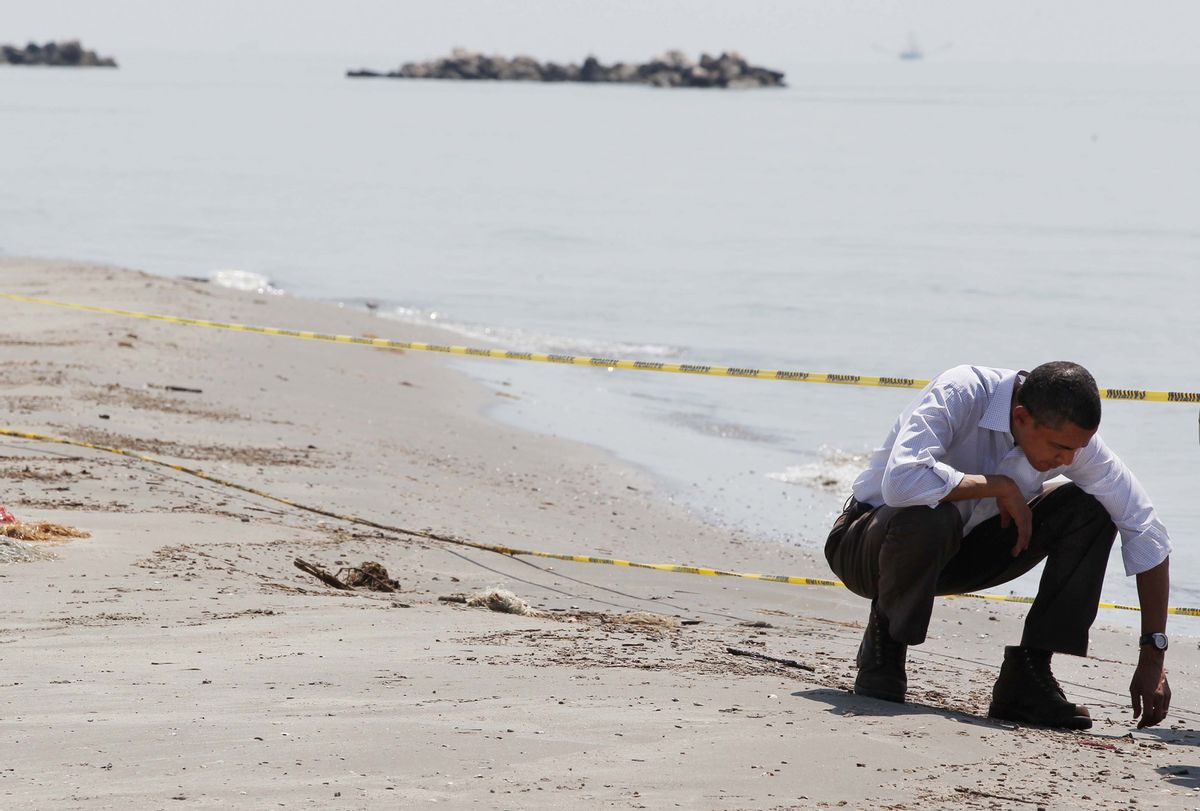 President Obama just addressed the press from Grand Isle, Louisiana. He hit many of the same points that he did in his press conference yesterday (he even said "Nobel Prize-winning physicist Stephen Chu" again). He reiterated that the buck stops with him (but BP is liable). He told people to visit the Gulf beaches that aren't closed (which is, still, most of them). He gave his "solemn pledge" that justice will be done, he told the people of the Gulf that they're not alone, and he promised to stay with them even after the cameras have left.

There was not much news, except that the president said we have a limited supply of oil boom (which won't stop the oil anyway).

He was flanked, oddly, by Senator David Vitter and Florida Governor Charlie Crist. Haley Barbour declined the come with.

And then MSNBC switched to Darrell Issa's press conference on Sestakgate, for some reason.