"Prince of Persia" royally blows it

What could have been a majestic, action-packed fantasy spectacle is a noisy, clumsy, whitewashed disappointment 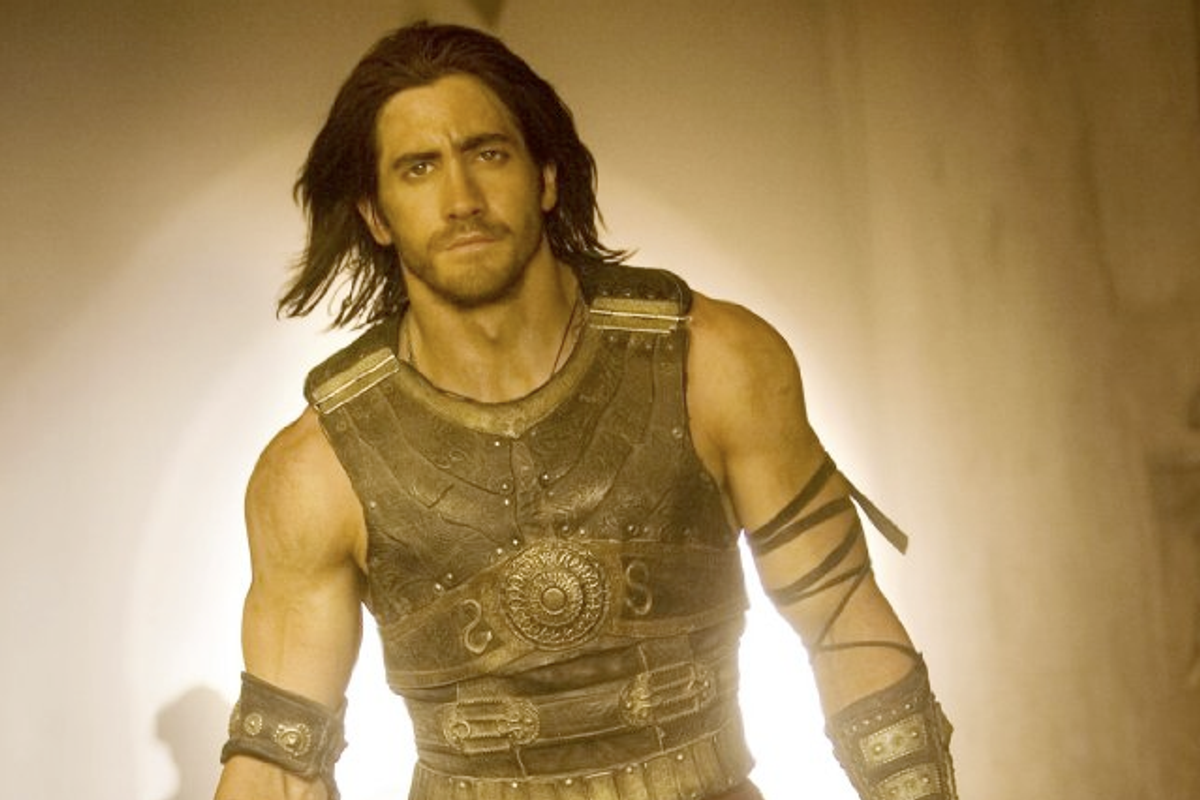 Jake Gyllenhaal in "Prince of Persia: The Sands of Time"
--

The only people in "Prince of Persia" who might actually be mistaken for Persian appear about halfway in, astride galloping ostriches. They are silly brown comic relief. All the major players in this adventure epic are white and sport British accents. But the unbearable whiteness of this film isn't especially surprising or offensive, just depressingly lazy and unimaginative. Forty-seven years after 20th Century Fox's porcelain "Cleopatra," superproducer Jerry Bruckheimer rockets the tradition of English-accented actors as the shorthand for nobility and heroism into an absurd new dimension. "Prince of Persia: The Sands of Time" has been designed and costumed with palpable admiration for Persian architecture and culture, but the King Arthur casting makes it all seem backhanded.

If you want a sense of how "Prince of Persia" might have transcended its costume ball packaging, consider how Mel Gibson cast Mexicans and indigenous North Americans for "Apocalypto," or how Zacharias Kunuk enlisted Inuit actors for "Atanarjuat (The Fast Runner)." They appreciated the gravity that faces other than the usual European stock company can lend a film that aspires to transport young minds.

Maybe the filmmakers were afraid that casting Iranians would inflame zealots just itching for another Theo van Gogh to stab. What might the mullahs make of this film's greatest visual flourish, a screen-filling shot of "Persian" beauty Gemma Arterton's swelling, airbrush-bronzed, sand-flecked cleavage cradling a jewel?

Or maybe the filmmakers just thought the job was done once they cast Ben Kingsley and Alfred Molina.

Fair enough. For my money, Ben Kingsley's villain -- bald and glowering in heavy eyeliner and sporting a pencil goatee -- is a night's entertainment in itself. And as the trickster ally, Alfred Molina is just this side of heaven flashing a gold tooth while dispensing Tea Party rhetoric and conspiracy theories. And they're both off-white! (While both are British-born, Kingsley's father was East Indian and Molina is of Spanish-Italian heritage.) But these old dogs get only limited opportunities to cut loose. The film belongs to the acrobatic prince played by Jake Gyllenhaal, who adopts a Jude Law accent just to avoid being the odd man out.

Watching seasoned actors fashion a gourmet pork roast out of chitlins is always fun for a viewer as old and desperate as I, but what about the kids? What will they get out of this crowded, history-thieving flick?

Well, the basic story of how the adopted prince (Jake Gyllenhaal), wrongly accused of killing his father, proves himself more noble than conniving blood-royal Kingsley should stir some troubled foster-kid hearts. When Gyllenhaal (whose boyish face seems tacked on to his new UFC body) protests his innocence earnestly enough to draw his brother's tears, I forgot about his crazy accent and damn near felt The Force. The filmmakers also adapt the game's Dagger of Time, a time-travel device used to reset the action, into a provocative narrative catalyst. When he releases sand from the knife's handle, our hero gets a do-over on events that led to catastrophe due to his bad choices. This is a standard in video games, known as a checkpoint, that more ambitious titles like the acclaimed "Star Wars" spinoff "Knights of the Old Republic" employ as a moral/metaphysical puzzle. Similarly, the Dagger in this film might as well be a pointer stick in a teachable moment about Choice and Destiny.

Otherwise, not much here for kids to get lost in. Not in the good sense of the word, anyway.

A boyish director might have helped. But Bruckheimer failed to install a nutty hack-teur like his former minions Michael Bay (whose "Pearl Harbor" is like WWII history tattooed on a biker boy's tricep) or Gore Verbinski (whose "Pirates of the Caribbean" series plays like a billion-dollar recess). Either of those guys might have made an arresting mess of the ahistorical dissonance here, in the spirit of "Conan the Destroyer," "F-Troop," "Xena: Warrior Princess" and Raquel Welch vamping among dinosaurs. But "PoP" director Mike Newell shows no such pulp flair or visual dynamism. This film sticks and moves like a Bourne flick. It's a series of televisual close-ups occasionally giving way to hyperbolic, teeming master shots that leave our sight at the first inkling of real majesty. (Though I did appreciate the stoic African head carved into the handle of a "Sudanese knife-thrower's" weapon, a delirious one-shot parody of Otherness paranoia.) Newell, even with a Harry Potter flick under his belt, is more like Bruckheimer's "National Treasure" supervisor, John Turteltaub, an otherwise capable small-scale storyteller out of his element in what used to be known as Spielberg-Lucas territory (until even those guys "grew up" to make adventure movies  as joyless and pedestrian as the rest of 'em).

But a "Prince of Persia" movie could have been cool, and anyone who doubts that should play the video game on which the film is based. As with most video games, whether side scroller or three-dimensional, it returns us to the basic wonders of B movies. Unlike today's snatch-and-run summer blockbusters, no matter how fast and furious our prince gets during the course of the game, the frame generally keeps its composure, allowing us to take in the grandeur, let the action round out its notes. The inherent nature of gameplay forces designers to obey action laws written in celluloid by Buster Keaton, Chuck Jones, George Miller and Yuen Wo-Ping.

But in its clamorous storytelling, the big-screen version of "PoP" peddles to children yet another vision of the world as a deafening, discontinuous hell, punctuated by vanity close-ups and homicidal small talk. Kids don't need more of that; they get it everywhere they go these days.

There was a time when kids could rely on fantasy movies, even the bad ones, to inspire curiosity about the world beyond their malls, simply by treating screen time and space with a magician's understanding of anticipation, revelation and teasing sleight-of-hand. I'm not just talking about "The Wizard of Oz" and "E.T." and "Toy Story" and "The Matrix." I also mean "Abbott and Costello Go to Mars" and "Krull" and "Disorderlies" and "The Garbage Pail Kids Movie." It ain't about pedigree; it's about basic sensory sensibility. Even a second-rate magician would better serve these kids than what they're forced to sit through now: a shell game, at knifepoint.