The White House account of the overblown Joe Sestak "bribery" scandal that D.C. journos and GOPers obsess over 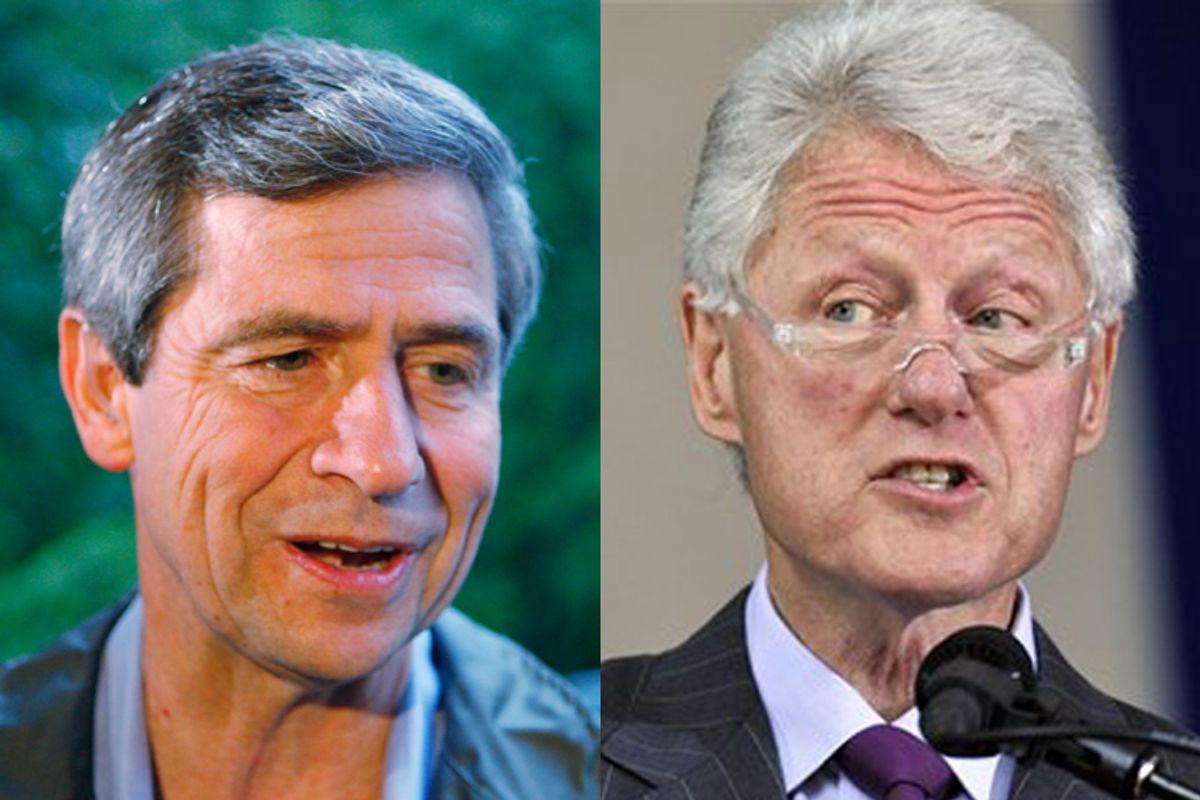 The White House has released a formal statement on the Joe Sestak job "bribe" scandal that Darrell Issa invented to pass the time until he can come up with a reason to begin impeachment proceedings. Turns out, Bill Clinton is responsible.

The White House will release a memo from Rahm Emanuel to former President Clinton. Clinton was instructed to ask Rep. Sestak about his intentions.

And according to the New York Times, Clinton was gauging Sestak's interest in "a prominent, but unpaid, advisory position." Rahm Emanuel didn't want Sestak to leave the House of Representatives, so a real job was never even offered.

The last sentence here is the understatement of the month:

The office of Robert F. Bauer, the White House counsel, has concluded that Mr. Emanuel's proposal did not violate laws prohibiting government employees from promising employment as a reward for political activity because the position being offered was unpaid. The office also found other examples of presidents offering positions to political allies to achieve political aims.

There are other examples? And no one was arrested for it?

This scandal is even worse than when the White House bribed Joe Biden into getting out of the Senate to clear the way for his son. Or when they bribed Janet Napolitano into letting the crazy wingnuts take over Arizona. Or when Obama bribed Rahm Emanuel himself into giving up his House seat to be the president's official Bribery Czar.

Anyway, this should make the whole thing go away, because what do Republicans have to gain by pursuing a trumped-up scandal? Surely no one in our responsible political press will continue to play along, right?