Sharron Angle has her own newspaper 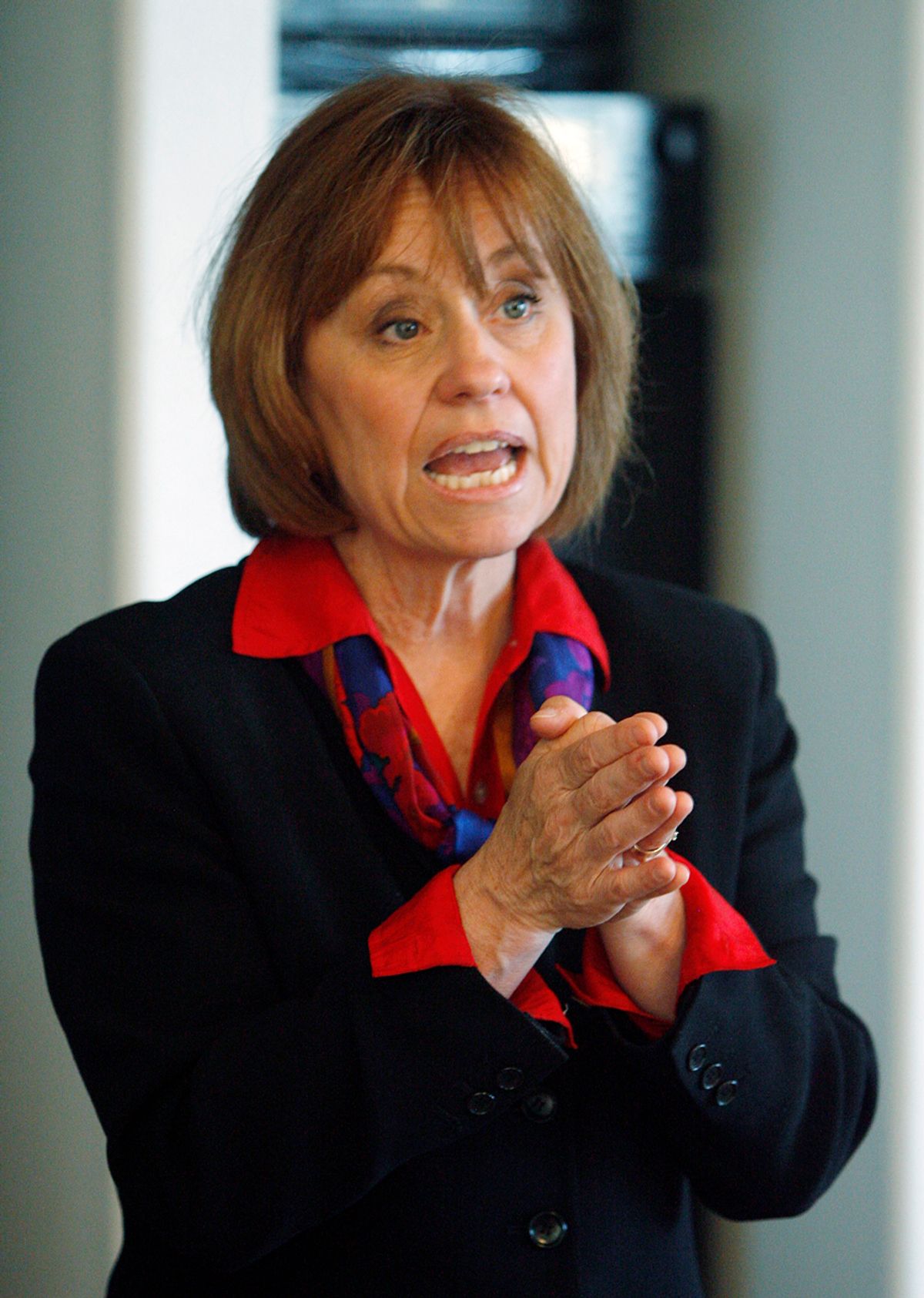 There was a very important story recently that the entire media missed, except one small, dogged newspaper based in Reno, Nev., which -- thankfully -- dug it up and spread the word to the world.

What was this urgent dispatch? "Reid Waterboarding The Economy." And the dogged newspaper that ran it? The Angle Examiner.

Yes, Sharron Angle -- the surging Tea Party candidate in Nevada's Republican Senate primary -- has her own four-page "newspaper," which her campaign prints up and she hands out at events. Other headlines in the most recent issue -- which is labeled "Important Primary Voter Edition, 2010" -- include "The Right Angle: One of Us for U.S. Senate," "Angle Says Reid's Grasp on Reality Disappearing Faster than Jobs," and "Angle Attends 14 Nevada Tea Parties."

Obviously, the Angle Examiner is, in some ways, just a quirkier form of the campaign pamphlets and literature every candidate for office produces. But the breathless tone of its writing, and the very un-slick design, makes it seem like one more piece of evidence that Angle may not be quite ready for prime time.

Take the waterboarding story, which begins:

Reno, NV -- Sharron Angle said that Harry Reid is unable to prioritize properly when it comes to the nation's prosperity, adding that he is leading America's economy over the falls. "What good is a disastrous socialistic health plan when you're chronically sick of being without a job? Harry Reid's obsession with controlling the nation's healthcare has put the nation's economy on a malfunctioning pacemaker."

There's something amusing about a candidate powered by the Tea Party movement -- which lines itself up as explicitly opposed to the dreaded mainstream media -- trying to use a newspaper to get her message out. The pamphlet is full of pictures of Angle: receiving a medal named after Ronald Reagan (six years ago) from the conservative Claremont Institute, for defending the Nevada state constitution; sitting in her pickup truck in the desert; firing her .44 Magnum, which the photo caption calls her "Dirty Harry Hand Cannon."

Angle's folksy manner and deep-rooted conservative ideology comes through clearly on every page, and those are the same reasons the Tea Party folks love her. But they're also the same reasons Harry Reid's campaign is rooting for her to win the primary. Winning a crowded GOP primary in a low-turnout election next month won't be quite the same as knocking off the sitting Senate majority leader (who happens to have $9.4 million lying around to blast his opponent with TV commercials). 2010 may, indeed, be the year when quirky, rough-around-the-edges candidates can triumph -- see "Paul, Rand" for more.

But if Angle does win the primary in two weeks, don't be surprised if establishment Republicans press her, quickly, to upgrade some of her campaign infrastructure. Reid is dangerously vulnerable for an incumbent right now, and the last thing the GOP wants is to blow their shot at taking him out.