This week in pundits mistaking their assumptions for the national mood

What do Peggy Noonan, Cokie Roberts, and Chris Cillizza have in common? They invent their own "mainstream opinions" 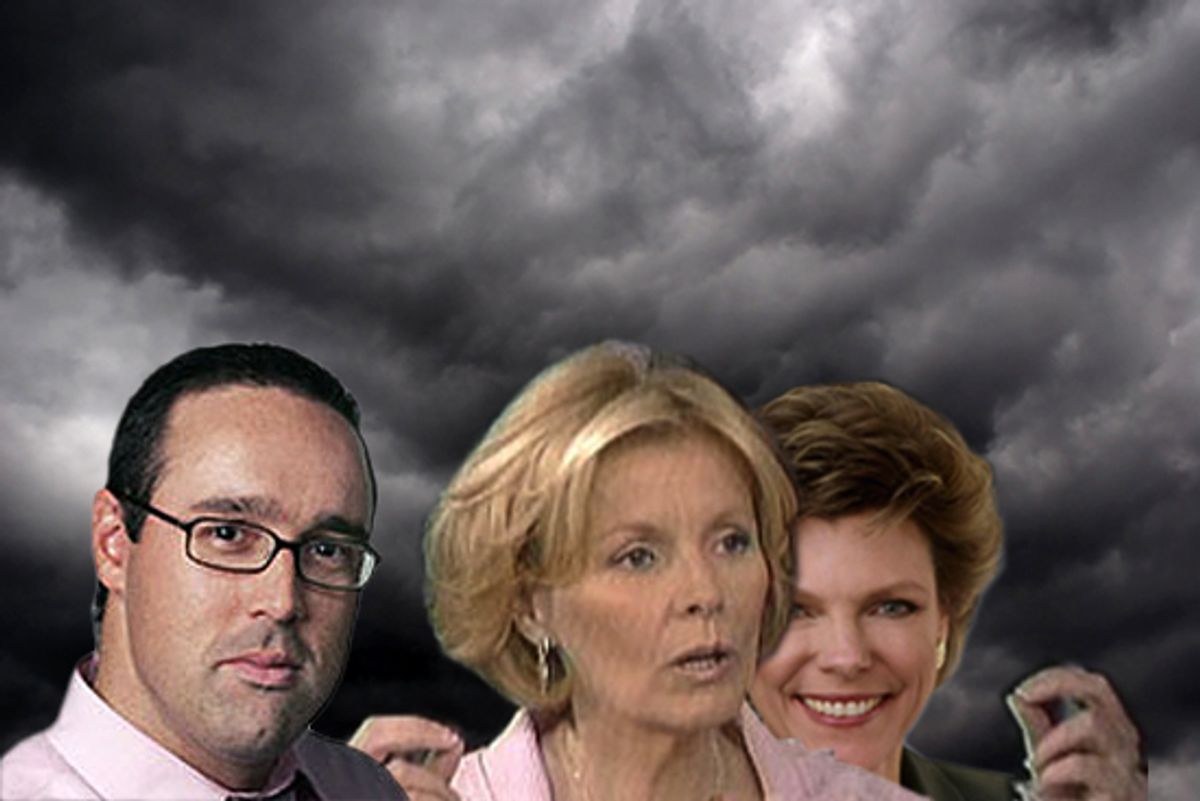 That the story has become a major controversy, a regular fixture on cable news chat shows and a momentum-killer for Sestak following his come-from behind victory against Specter in last week's Pennsylvania primary is evidence of how the White House mishandled the controversy, according to conversations with several high-level Democratic strategists.

Indeed, Sestak has been hurt so badly that he currently leads his opponent by three points. (Before this scandal destroyed his momemtum, Sestak trailed Toomey by five points.)

What continues to fascinate me is Mr. Obama's standing with Democrats. They don't love him. Half the party voted for Hillary Clinton, and her people have never fully reconciled themselves to him. But he is what they have.

This is a chart of reality. (Barack Obama is also still more popular among all voters than Congressional Democrats or Republicans.)

Last weekend, commentator and professional roundtable-populator Cokie Roberts instructed Connecticut Attorney General to drop out of the US Senate race following the revelation that he sometimes talked like he was in Vietnam. Roberts knows, in her heart, that 2010 is "not a year for phonies" and "people are going to hold this against him."

The two most recent polls have Blumenthal between 19 and 25 points up.

And that is this week in mistaking your assumptions for the national mood in the process of attempting to report on perceptions that you are deeply involved in creating and shaping.